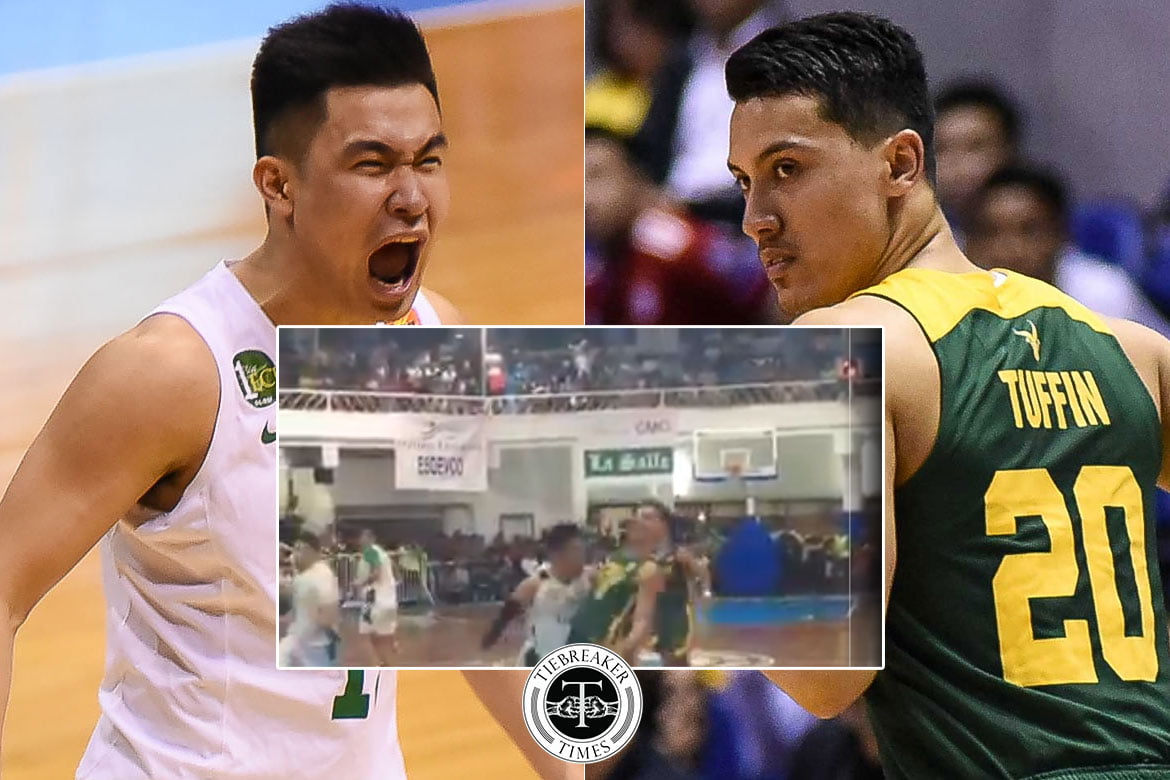 Just like Kib Montalbo, the infamous brawl between Far Eastern University and De La Salle University during the 2017 Kadayawan Festival was Kenneth Tuffin’s first fight on the court.

“That was my first time also to be in an in-game fight,” shared the Filipino-Kiwi guard.

During Friday’s episode of The CPT Crossover, Montalbo and Andrei Caracut looked back on the incident with the latter sharing that he felt surprised that Montalbo and Tuffin had instigated the bench-clearing brawl. Caracut said that, “Alam mo sino nag-start ng away? ‘Yung dalawang mabait sa La Salle at FEU.”

For Tuffin, the will to beat the Green Archers and send a statement to them led to them going all-out on both ends of the court.

“There was very much a point to be proven from our end that we could compete with the champs and potentially beat them.

“I remember it very clear that we were, in fact, winning by eight or so points in this particular game,” recalled Tuffin. FEU was up 73-59 with 20 seconds left in the third frame before the brawl. “I remember it was a physical game, and I was running down the middle of the floor trying to get a fastbreak opportunity and run my lane. And I ran into Kib, and that’s how it all kind of started.”

The hard pushes between Tuffin and Montalbo immediately led to a bench-clearing brawl. Tuffin bared that he was sucker-punched by a La Salle player after trying to hold Ricci Rivero back.

“I couldn’t hear anything out of my left ear so I walked away in thinking something might be seriously wrong with my hearing. But thankfully it was all okay,” the incoming FEU senior continued.

READ  NU Bullpups out to make history in 2019 NBTC Nationals

Tuffin and Montalbo have both gone on record to say that they have moved on from the incident.

The 22-year-old even shared that he plans to emulate Montalbo’s leadership style come Season 83.

“I believe there’s definitely a mutual respect there. I’ve told Kib that I like him and the way he plays the game and of course the battles we’ve had over the years. I’ve actually learned a lot from him, especially in terms of leadership when he was in his final year at La Salle.”

Moreover, he opined that games between the Tamaraws and the Green Archers will always be intense because of the winning tradition each school has.

“FEU and La Salle will always be a rivalry I think. Obviously not as big as Ateneo and La Salle, but a rivalry nonetheless,” he said.

“When you have certain individuals that are competitive, that in turn makes your team competitive. And at FEU there’s no shortage of that,” Tuffin added.

“So we will always compete and won’t back down.”