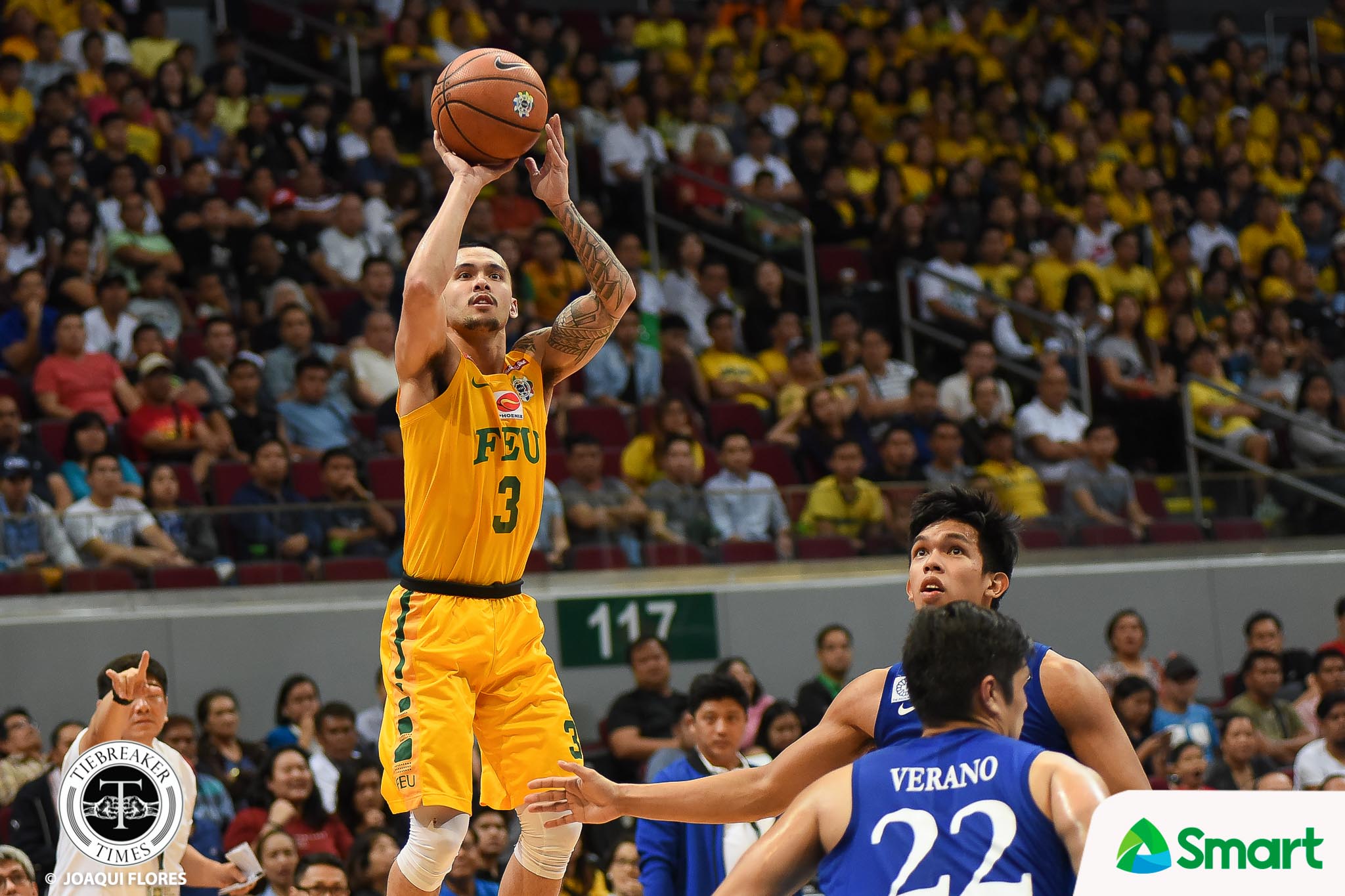 With Jasper Parker leading the charge, the Far Eastern University Tamaraws were about to overcome the Ateneo de Manila University Blue Eagles’ twice-to-beat advantage and head to the Finals, leading by as much as eight points with six minutes remaining in the game.

The transferee from Southwestern University was playing the game of his life, unloading 19 points, four rebounds, two assists, and two steals. With fire in his eyes, he drove to the lanes with reckless abandon, trying to will the Tamaraws to the promised land.

Even with this, the he and the Tamaraws came up short, falling in overtime, 84-88.

“This loss, it hurts. We had the game in the fourth quarter but it just came down in the last seconds, we had a mental lapse,” confessed Jasper, who went an efficient 7-for-10 from the field.

“We definitely know that we could win this game. It didn’t go our way, that’s how it is.”

It was unfortunate that Parker’s breakthrough game went down the drain. Despite the heartbreaking end to his rookie year in the UAAP, the 23-year-old saw a lot of positives that will help him when he enters his final year next season.

“I did grow this season even though it’s my first year.

Parker — who had grown up up in California before returning to the Philippines in 2014 — revealed that he is already comfortable with the style of play in the the country’s premier collegiate league.

With another year to play for FEU, he is already looking forward to Season 81, hoping that he can end his collegiate career with at least a Finals appearance.

“Off-season starts now. Tomorrow, I’ll get some work in. It’s time to get better for next season so we are going to prepare.”

Split second proves to be the difference for Arvin Tolentino