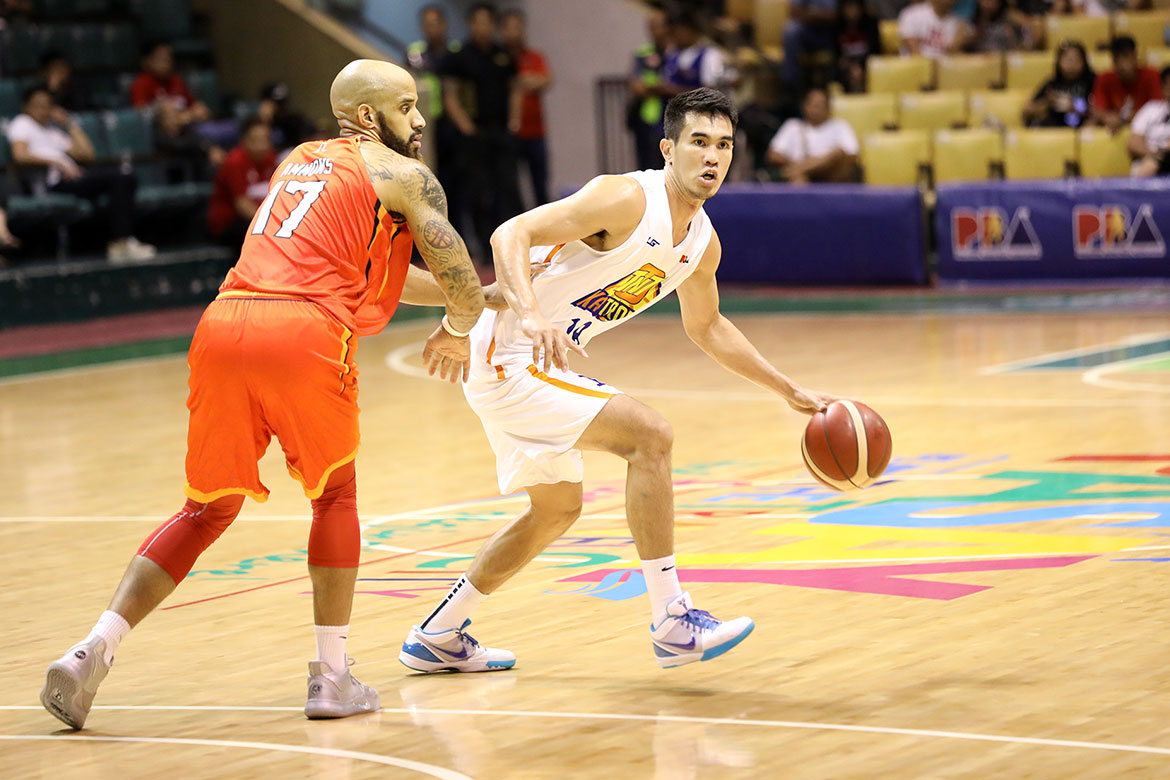 The KaTropa had lost hold of an early 13-point lead and went down by nine, 67-76, early in the final frame. So the sweet-shooting 6-foot-7 forward took it upon himself to provide on offense.

The forward finished with 22 points on a 57.1-percent clip from the field

Thanks to Rosario, TNT have solidified their grip on the top spot of the team standings with a clean 5-0 card. Despite their run, though, they are far from satisfied due to their defense.

Defense has been an issue of the KaTropa in their last three games, including Wednesday’s. They have allowed the opposition to score an average of 113.7 points.

This, after holding their opponents to just 99.0 points in their first two assignments in the season-ending meet.

For Rosario, despite his heroics, it was defense that won the game for TNT, as shown by how they prevented NorthPort from scoring in the final moments.

So now, the National University product hopes that they can address that issue as soon as possible.

Franz Pumaren can’t leave Adamson behind even after surgery

How Mark Sangiao is preparing himself for a crazy October