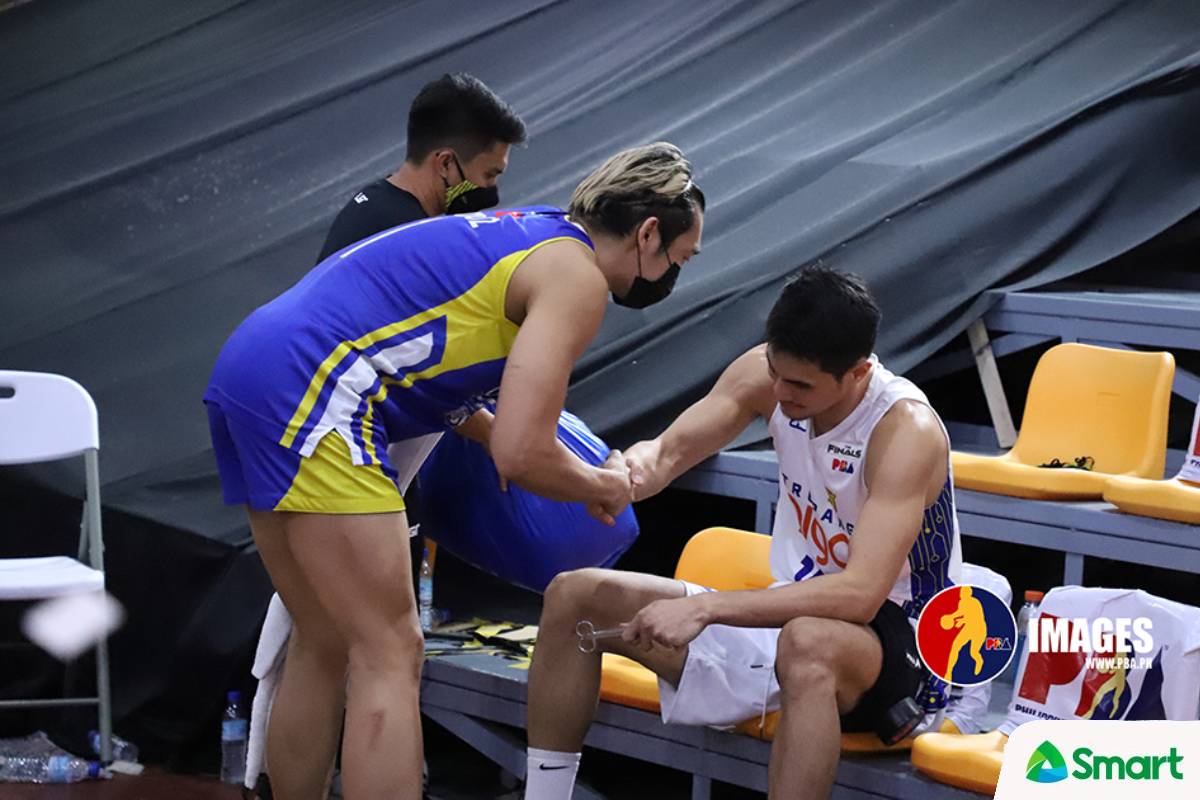 Troy Rosario and Jackson Corpuz have moved on from that frightening incident early in the 2021 PBA Philippine Cup Finals.

TNT on Saturday evening uploaded a photo on its official Facebook page showing the forwards shaking hands at the end of the title bout. There, the Tropang Giga emerge victorious by finishing Magnolia in five games.

That exemplary image of sportsmanship drew praise as the two became the center of discussions online for what happened in Game Three.

Rosario suffered an injury following an inadvertent contact by Corpuz while he tried to go for a lay-up to finish the break.

The 6-foot-7 forward dislocated his left pinky as a result. He also suffered a spinal shock that left him with just 70-percent sensation on his left leg.

Corpuz, on the other hand, saw his foul upgraded by the technical committee to a flagrant foul penalty two. That led to a P20,000 fine.

Rosario was expected to miss the Finals because of that. But in a shocker of a move, the National University product suited up in Game Four.

He even started the match and finished with five points and three rebounds. He went on to play in the title-clinching Game Five Friday, where he had nine markers and four boards in their 94-79 dismantling of the Hotshots.

The Cagayan-native decided not to undergo surgery for him to play in the Finals. And it was definitely worth it as he won his first PBA title.