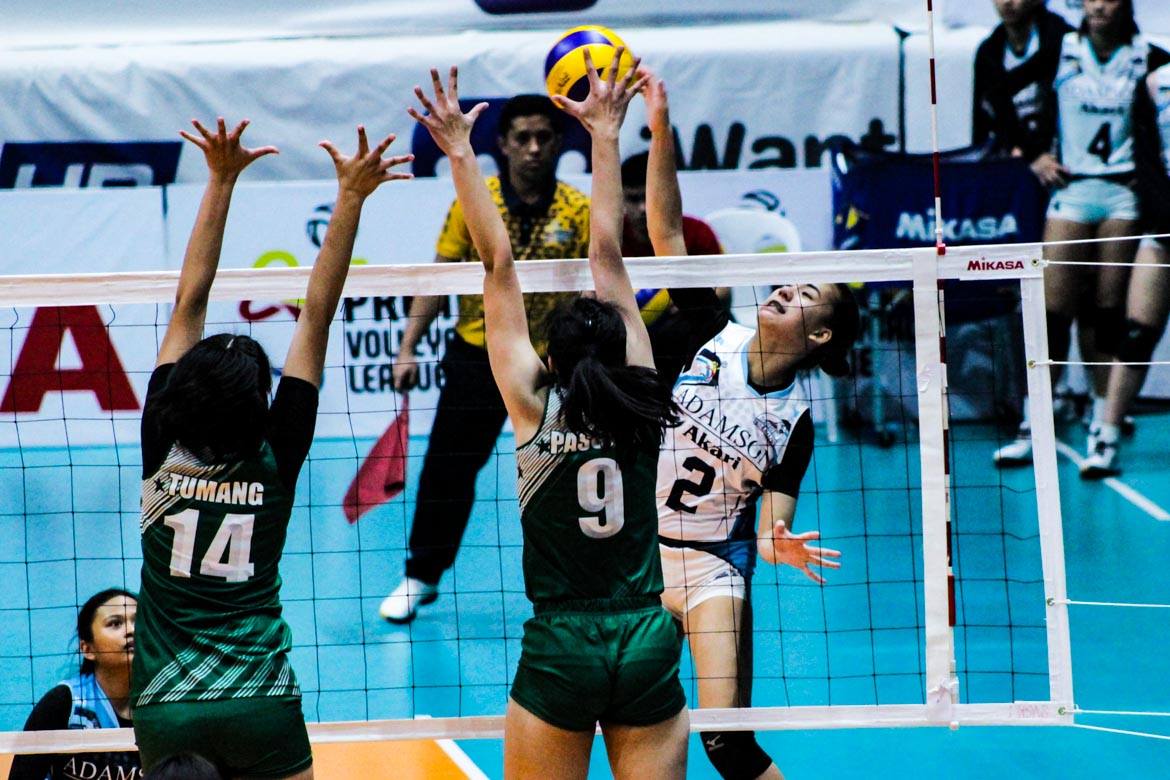 Trisha Genesis delivered once again as the Adamson University ran over the College of Saint Benilde Lady Blazers in four sets, 25-18, 14-25, 25-17, 25-15, to clinch the last Finals slot in the 2019 PVL Collegiate Conference, Sunday at the Filoil Flying V Centre.

Genesis converted 13 attacks, six aces, and one kill block for 20 points along with 14 excellent receptions to pace the Lady Falcons. She also spearheaded a crucial rally in the fourth frame which turned the scales in Adamson’s favor.

With the Lady Falcons down by two, 10-12, Genesis scored off the block. She then delivered an ace from the service line to spark a 9-0 run which placed Adamson in a good position to grab the match.

Klarissa Abriam was able to stop the bleeding, but an attack error from the latter ignited a 3-0 spurt for Adamson, which then spelled doom for CSB.

Abriam and Gayle Pascual were the only double digit scorers for the Lady Blazers with 10 points apiece.

Janella Sulit patrolled the floor with 23 excellent digs and 10 receptions.

Adamson will face UST in the Finals on October 9, Wednesday at 11:00 A.M. On the other hand, CSB will battle Ateneo for the third place on the same day at 9:00 A.M.