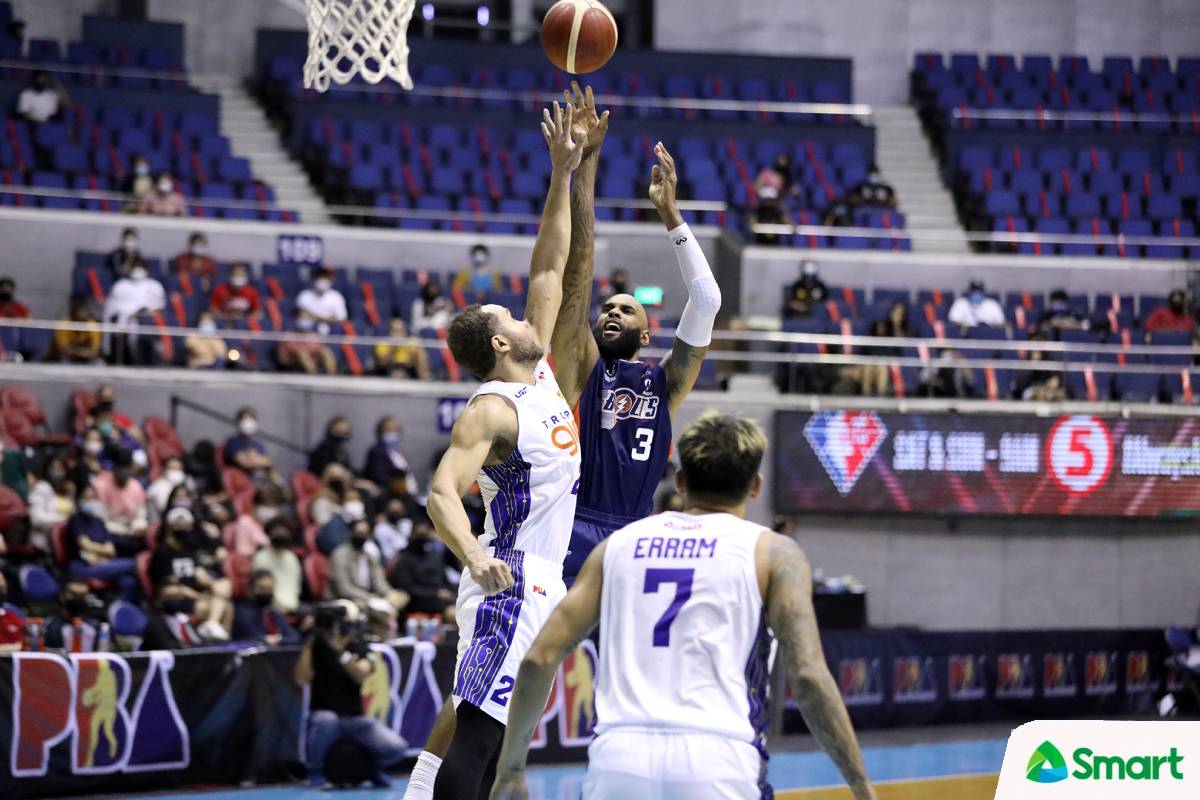 The 32-year-old finished with 36 points on 52-percent shooting, together with 17 rebounds, three assists, and a steal in over 41 minutes as the Bolts eked out the 83-80 win in a playoff-like matchup between the sister teams.

“Another good game for Tony,” lauded head coach Norman Black moments after the match at the SMART Araneta Coliseum.

Beyond the numbers, however, it was really his endgame poise that impressed his mentor the most, as it ultimately helped Meralco collect its second win in as many games to share the third spot in the standings with Magnolia.

When Cliff Hodge missed the bailout jumper that could’ve struck the dagger, Bishop was at the right place at the right time. He secured the offensive rebound with 11 seconds to go, and immediately dished it to Chris Newsome.

Newsome went on to split his charities with 9.1 ticks left to make it a three-point game, and the Bolts went on to escape with the narrow win.

That crucial board, though, was just one of his moments in the clutch. Bishop was also the one who gave the Bolts the lead for good, when he converted a three-point play with 3:55 to play that broke the 76-all deadlock.

“He stepped up and made some big plays for us, none any bigger than the offensive rebound at the end of the game,” Black recalled. “When we missed the shot, we were able to get the ball back.

“And that gave us a chance to basically run the clock out and control the game,” the champion bench tactician added.

“After two games, he’s done very, very well. And I’m certainly happy with his play,” said one of the league’s all-time greats.

But for Bishop, the last-minute replacement for Shabazz Muhammad, his fine play is all thanks to the Bolts for making him comfortable with all of them.

“The guys make it easy for me,” he said. “I just come in and do my job, like Chris, you saw him. He came in and told me exactly what I needed to do with the team, he works with me every single day in practice.

“The coach, Norman Black, does as well. And the players, they welcomed me with open arms, so I feel comfortable out there.”