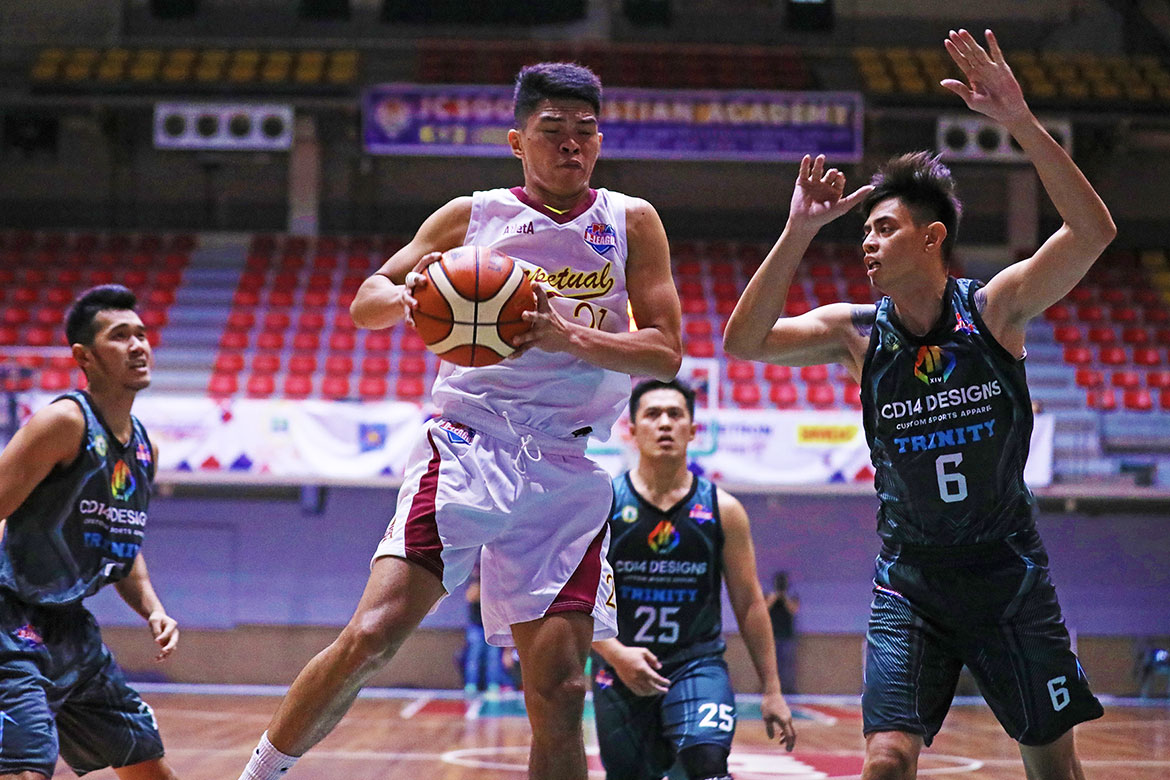 Without Ben Adamos, the Perpetual Altas leaned on the duo of Tonton Peralta and Edgar Charcos to come away with the 86-75 win over the CD14 Designs-Trinity Stallions, Monday in the 2019 PBA D-League at JCSGO Gym in Cubao.

Peralta dropped 33 points, five rebounds, and four assists, as he ushered the Altas’ early breakaway to grab a 22-point lead in the third frame.

“Medyo depleted ang lineup but I’m still proud of the guys,” said coach Frankie Lim. “They’re given the playing time and na-maximize naman nila. Good for them, good learning experience for the team.”

Without starting center Ben Adamos, Perpetual also garnered solid showings from Jefner Egan and Jielo Razon, both of whom finished with 12 points each.

The Altas’ early flurry cooled down in the second half, as John Tayongtong and Bobby Balucanag brought CD14 Designs-Trinity back to within seven, 78-71, with 2:06 remaining. Charcos then doused that fightback with his own hot streak in the clutch.

Perpetual rose to a 2-5 standing in the battle of Foundation Cup also-rans, while keeping CD14 Designs-Trinity at the bottom at 0-8.

Tayongtong led the White Stallions with 20 points, while Balucanag got 18 points and 12 boards for the cellar-dwellers.

Geje Eustaquio ready as he faces ‘tall order’ in Singapore