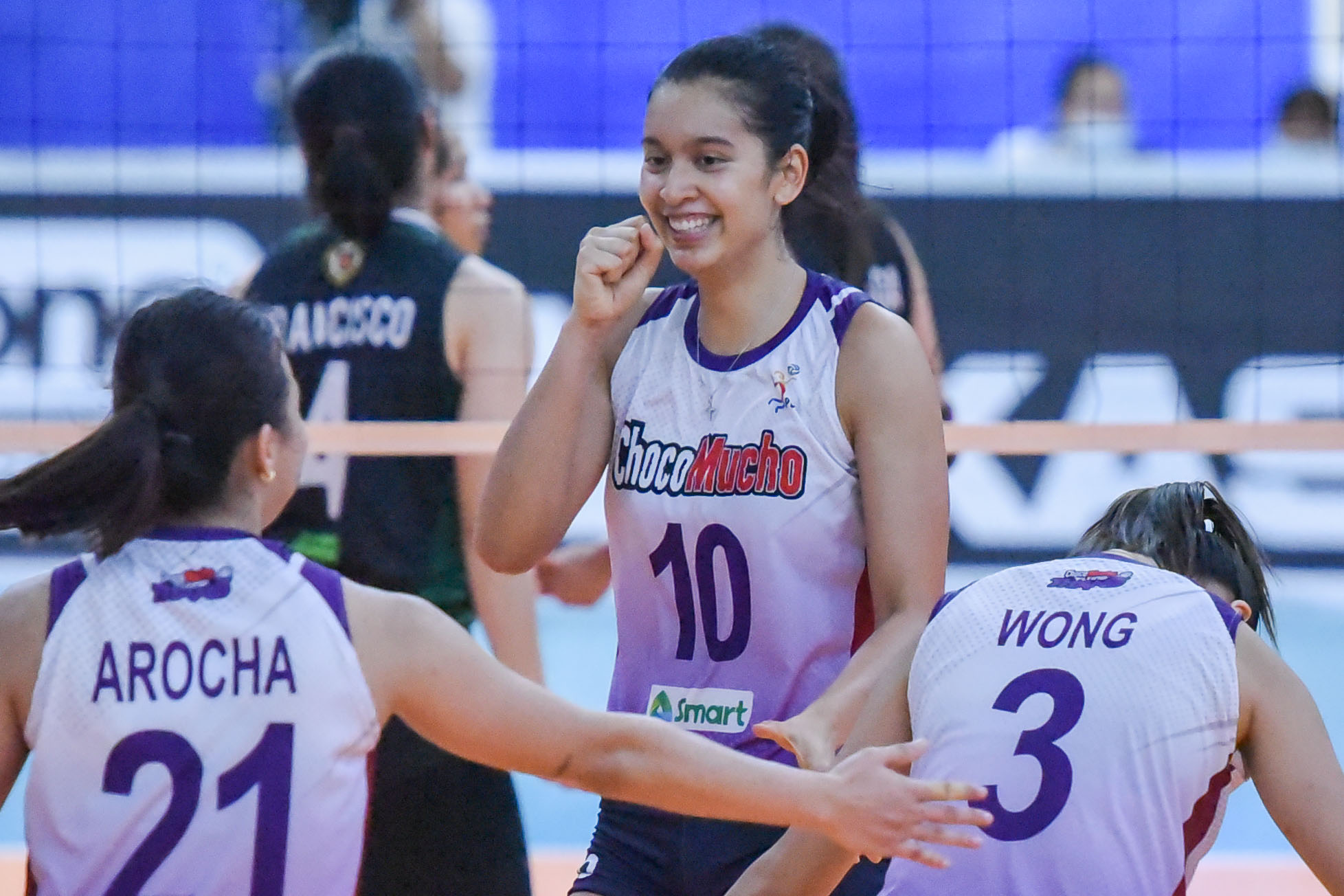 BACARRA, ILOCOS NORTE — Kat Tolentino has been putting on a magnificent offensive display for Choco Mucho in the Premier Volleyball League Open Conference.

The former PVL Best Opposite Hitter is currently averaging 17.3 points in the tournament, including a 25-point explosion against BaliPure.

Still, Tolentino insisted that the Flying Titans is no one-man show, deflecting the credit to her teammates instead for offensive showing.

“I think it was a team win. Everyone contributed with receive, defense, setting, spiking. I’m just thankful that we’re all working together,” said the 2018 Open Conference Best Opposite Hitter after Choco Mucho’s three-set win over Black Mamba-Army on Monday.

“I wouldn’t have been able to spike without these girls and without their consistent efforts.” 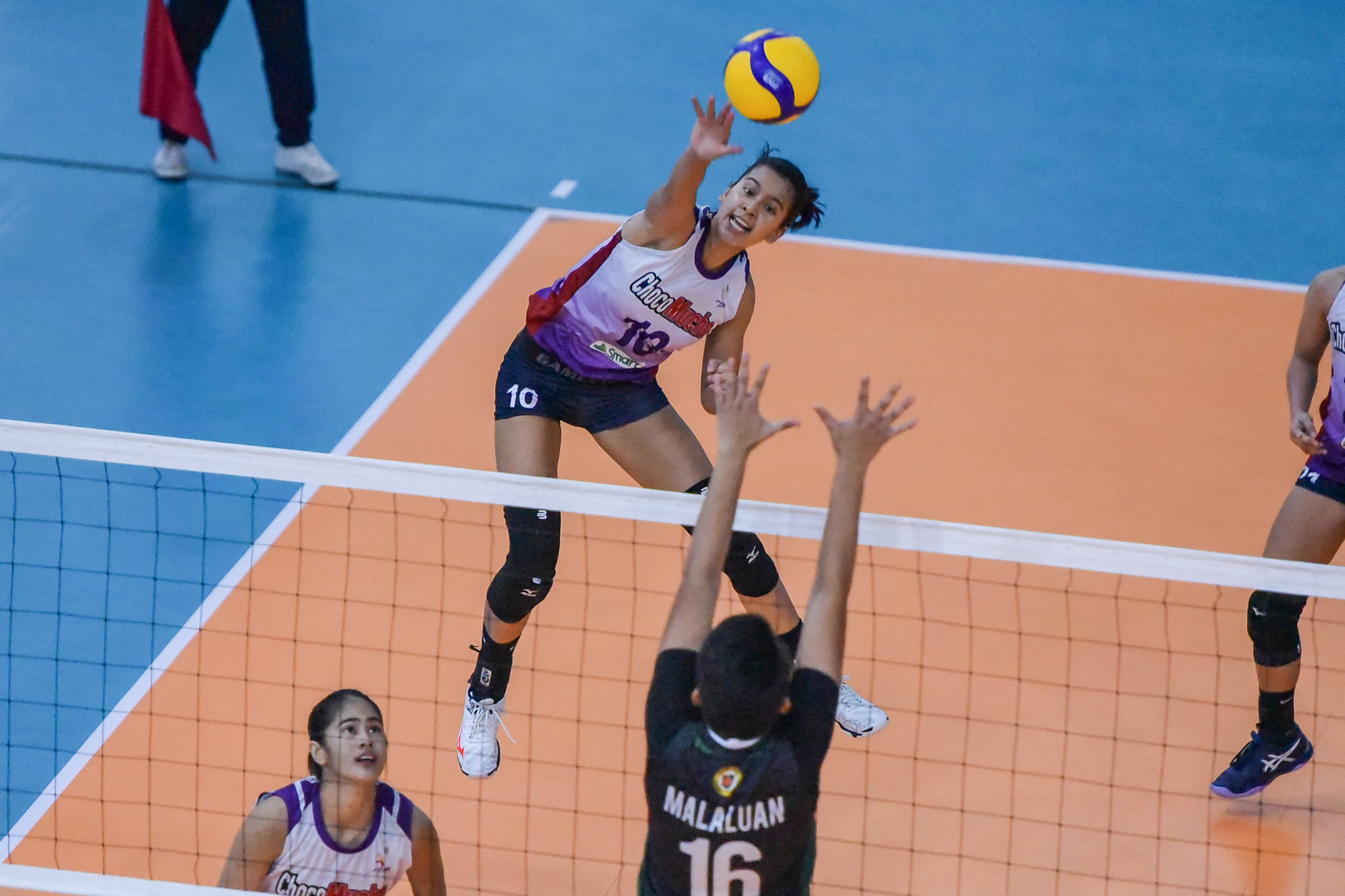 This solidified the Flying Titans’ hold of the top spot with an immaculate 6-0 win-loss slate.

And for Tolentino, she’s just embracing the role that Choco Mucho head coach Oliver Almadro gave her prior to the season — just like each and every one of her teammates.

That, according to her, is what made the Flying Titans the well-oiled machine that it is right now.

“Well, for me, that’s the role that coach gave me. And I’m just able to do my role because my teammates are doing their roles,” said 26-year-old Tolentino.

Now a win away from clinching a semifinals spot, Choco Mucho will head to the most crucial juncture of its elimination round campaign. They will face three of the hottest teams in the PVL right now — Creamline, Chery Tiggo, and Petro Gazz.

And Tolentino vows to be extra ready when the time comes.

“I guess we’ll focus on them, we’ll study them, of course. But in the end, we’ll focus on our side of the court and really follow Coach O’s system because that’s what has been successful for our team. I really am thankful that the team has adapted to his system well; and I hope that we can continue to improve from here,” expressed Tolentino.

“Of course I take on the challenge. It’s still a team effort and I’ll continue to give what I can in terms of scoring and in other ways, hopefully, as well.”