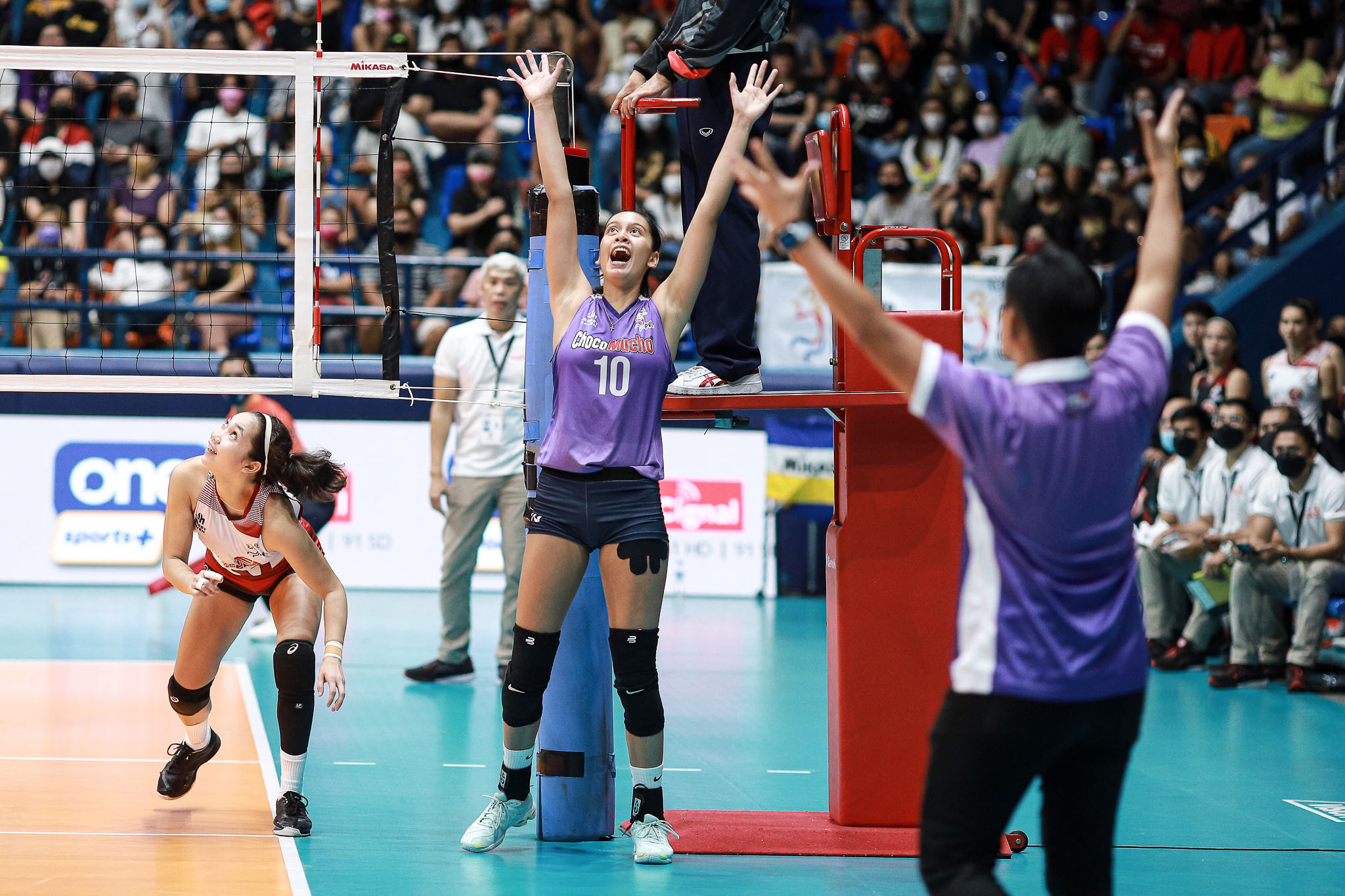 After taking the first set, the Flying Titans dropped the next two tightly-contested sets which put them at a 1-2 disadvantage heading into the fourth frame.

The reigning Best Opposite Spiker shared that she simply feels glad to have such reliable players on her side. After all, she struggled through the first few sets of the crucial match.

Moreover, she is just glad that they are on her side now.

Molde played a pivotal role in the team’s turnaround. She flaunted her superb floor defense and attacking skills to help Choco Mucho bounce back from the deficit. 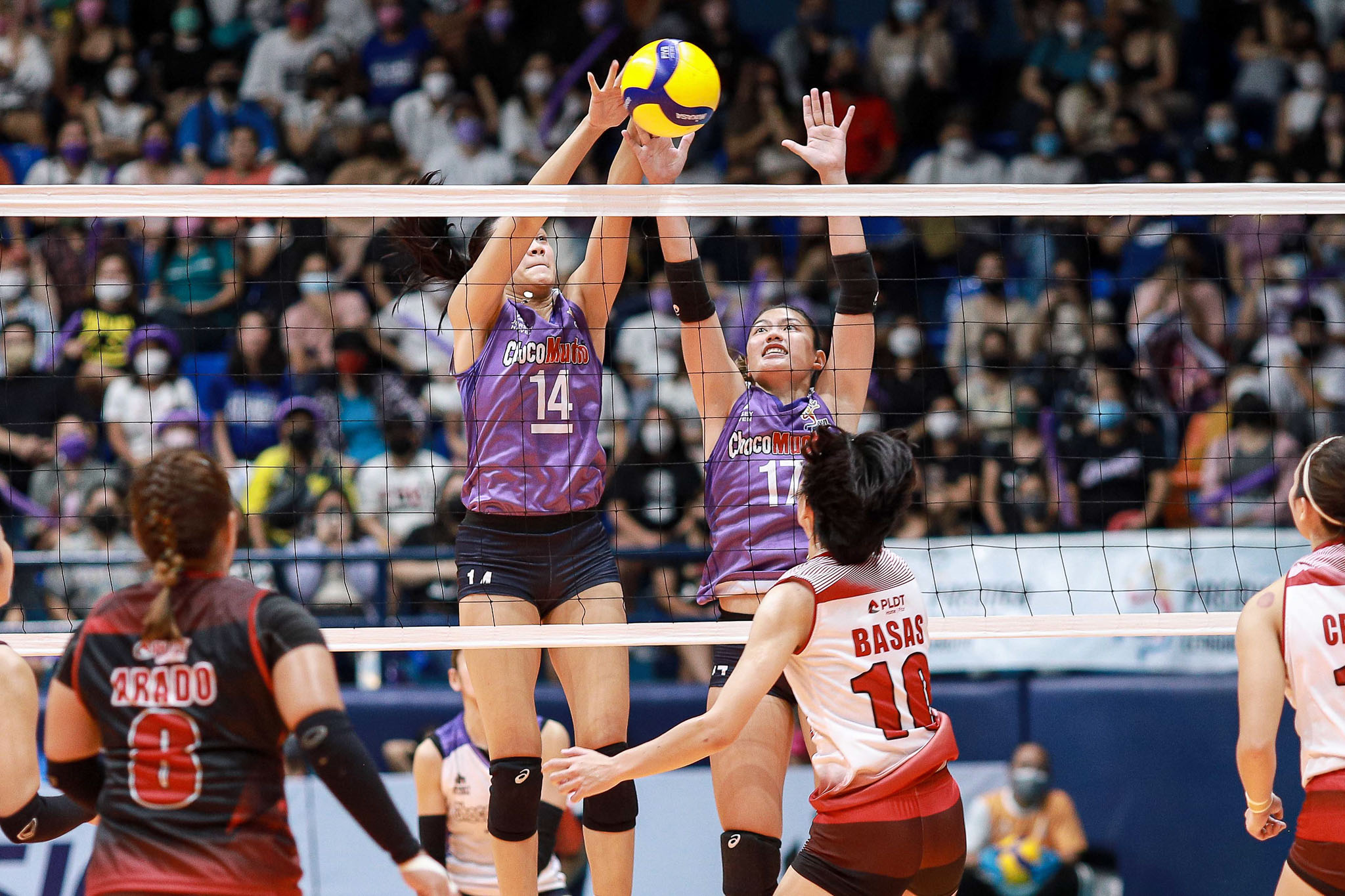 Ogunsya, meanwhile, helped kick-start the 6-2 blast to start the fifth frame. That gave the Flying Titans a comfortable cushion as they finished off PLDT’s brave stand. When the dust settled, the former UP star finished with 18 points of 14 attacks, three blocks, and an ace. Meanwhile, the La Salle standout delivered 12 points – including five blocks – to push the Rebisco-backed squad to its second straight semifinals appearance.

The contributions from both players allowed Tolentino to restart. She capped off the game with a game-high 19 points, all of which came from attacks.

“I’m just thankful that everyone is fulfilling their roles and we just played with heart until the end and that’s why I think we won,” bared Tolentino.

Now through the quarterfinals, Choco Mucho is bracing for an all-Rebisco affair in the semifinals. They will face sister team Creamline for one of the two finals slots.

“I guess I haven’t really thought about it yet just because we just finished today’s game,” said Tolentino. “I’m just thankful that we won. But yeah, of course, we’re just gonna prepare and we’ll treat them like any other team.

“It’s exciting to be able to go against our sister team. They’ve won championships in the past so we really have to step up.”