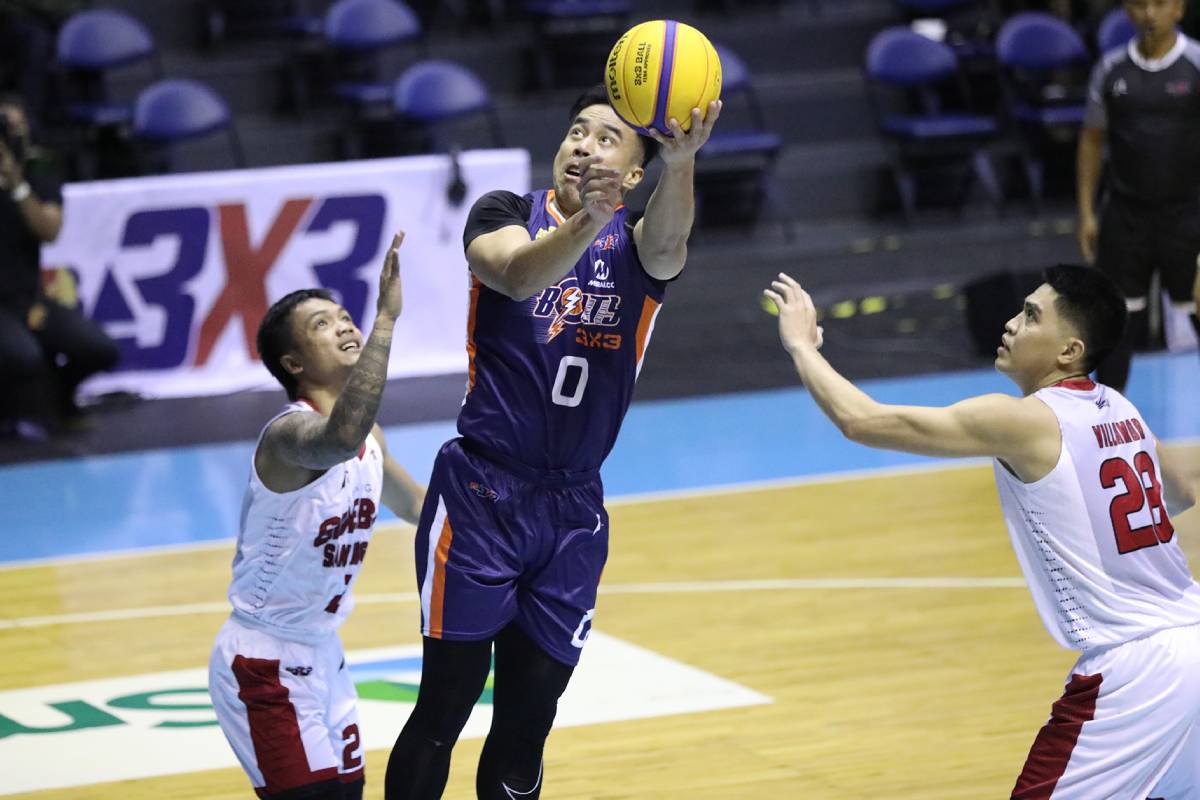 Experience proved to be the difference as Meralco dealt Ginebra a 21-20 heartbreaker to reach the PBA 3×3 Second Conference Finals, Sunday.

Joseph Sedurifa split his free throws with 22.7 seconds left to play as the Bolts ended the Gin Kings’ dream run in the toughest of ways.

Erstwhile unbeaten, the Barangay was actually the first to reach match point after Encho Serrano’s strong drive to the hoop with 52.9 seconds remaining.

Unfortunately, the Kapampangan cager failed to close it out the way he did in their previous matches. He challenged the defense of the much bigger Alfred Batino, who sent the game into a 20-all deadlock.

However, he failed to set up a proper shot due to Meralco’s help defense. Worse, his shot hit nothing and even sailed out of bounds, eventually giving the opposition the ball with 30.6 seconds on the clock.

That proved to be the beginning of the end for Ginebra. Tonino Gonzaga found a cutting Sedurifa from the weak side, and the latter was fouled by Jollo Go. That sent him to the line as their foes were in penalty.

The lanky sniper missed his first free throw, but made the second to clinch the game as Meralco barged into yet another Finals appearance.

Sedurifa led the Bolts with eight points. Batino made six points, as Gonzaga and Dexter Maiquez combined for seven markers in the win.

Go and Dennice Villamor, on the other hand, had six points apiece for Ginebra. Serrano, who hurt his left wrist at the 4:39-mark after a bad fall as he bit on Maiquez’s fake, made four. Jayson David scored four as well.

Meralco will face TNT in yet another championship bout between the MVP Group ball clubs, who own one leg titles each from the last conference. 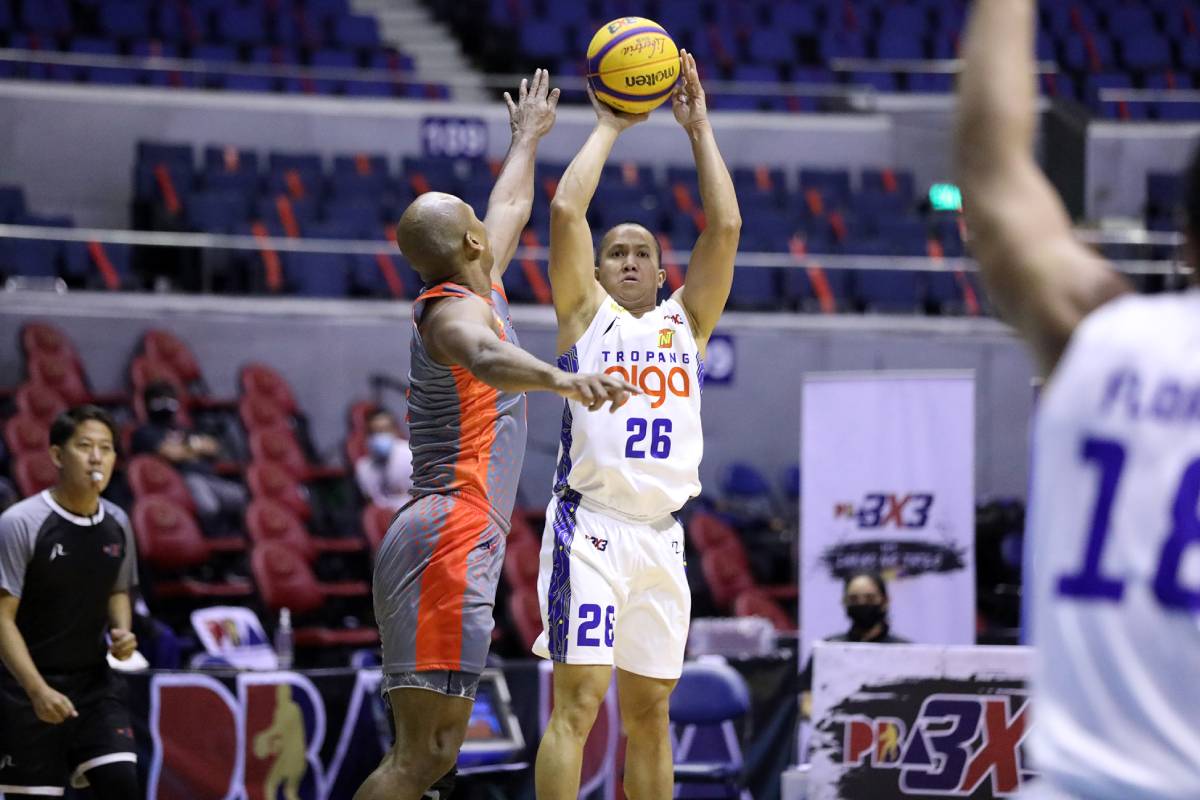 Almond Vosotros once again showed how clutch he is, drilling the game-winning two-pointer from the left wing to steer the Tropang Giga past reigning grand champions Limitless App in overtime, 20-19.

The Appmasters were the first to get on board in the extra period behind Reymar Caduyac, but the reigning scoring king spoiled their plans.

It was a win so sweet for TNT after suffering multiple disappointments in the hands of the Phoenix Fuels-owned franchise in the previous meet. It also snapped the 11-game winning streak of its foes.

Brandon Ganuelas-Rosser and Marvin Hayes scored six points apiece for Limitless, who actually came back from a five-point deficit early.

Limitless and Ginebra will duke it out in the battle for third place, serving as the prelude to the title rematch between Meralco and TNT.