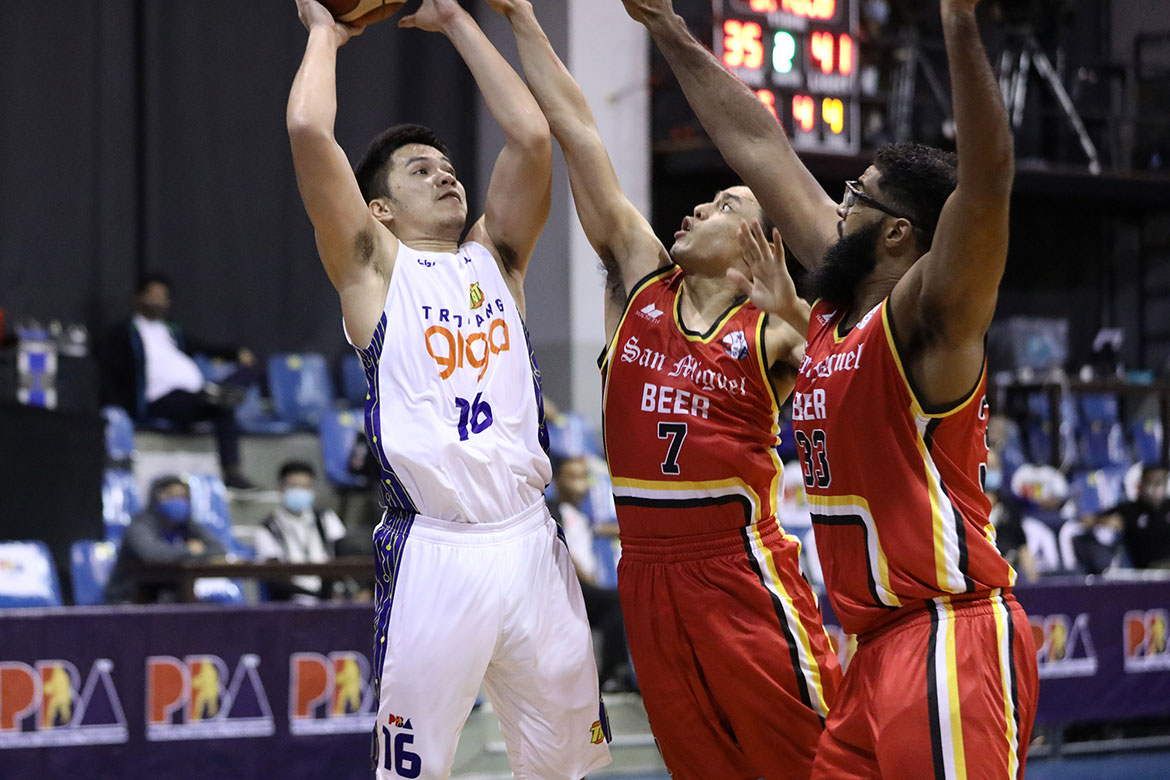 The Tropang GIGA now have their fingers crossed that everything will turn out fine for Roger Pogoy after he suffered an apparent left ankle injury — twice.

The 3-and-D specialist first got hurt with 3:33 remaining in the third. He landed on Beermen counterpart Gelo Alolino after taking a jumper.

Despite an apparent lack of intent from the stocky guard, referees assessed him with a flagrant foul penalty one.

Pogoy found himself in pain again less than 30 seconds into the final period. This time he landed on the injured foot as he went after Marcio Lassiter.

The four-year pro was carried by his teammates onto the bench. He did not return to the game, ending the night with 15 points.

TNT has two days before facing Phoenix Super LPG on Monday. The team hopes that Pogoy will be fine by then.

“Good thing we have two days of rest. He sprained his ankle but hopefully, it’s not severe and we’ll see tonight how it is,” said Coach Bong Ravena.

Pogoy was the second player to leave the game due to injury, after SMB’s Terrence Romeo.

The former three-time scoring champion hurt his shoulder with 4:57 left in the second chapter after colliding with TNT vet Ryan Reyes.