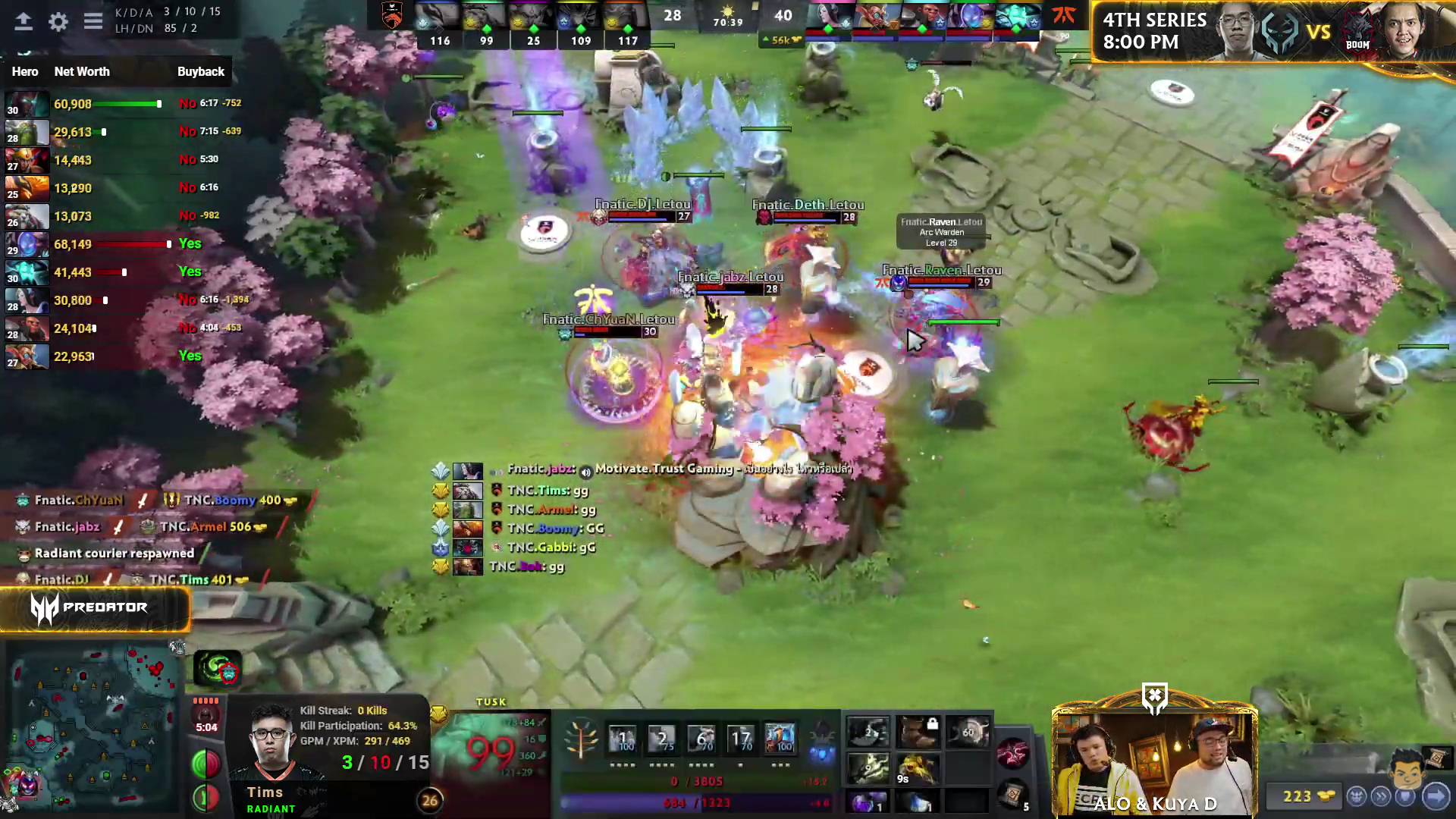 It was a nip-and-tuck affair for both squads in the opener, but a Roshan contest from the side of TNC ultimately gave Game One to Fnatic as they secured crucial diebacks on Kim “Gabbi” Villafuerte (Lifestealer), Jun “Bok” Kanehara (Dragon Knight), and Marvin “Boomy” Rushton (Lion).

Raven’s Luna took charge late scoring 16 kills and 11 assists against just three deaths in the 34-30 Game One win which took 58 minutes and 54 seconds to end.

TNC once again dragged the game to distance in Game Two, but another forced error on their part gave Fnatic the series-clinching victory.

Entering the 71-minute mark, Armel “Armel” Tabios (Tiny) caught Raven (Arc Warden) inside their base, tossing the Fnatic carry to his teammates near the tier four towers. Raven, however, was quick to use his Force Staff to get himself out of the skirmish.

Fnatic reinforcements also in time to aid Raven, taking down Gabbi – who doesn’t have enough gold to buy back – in the process. Boomy (Phoniex) and Armel soon followed suit forcing TNC to call GG.

Fnatic’s gold lead ballooned to as high as 56k in Game Two which lasted for 70 minutes and 46 seconds.

Raven ended the match with nine kills and 26 assists against just a death, keeping Fnatic’s TI hopes alive as they enter the grand finals of the SEA qualifiers.