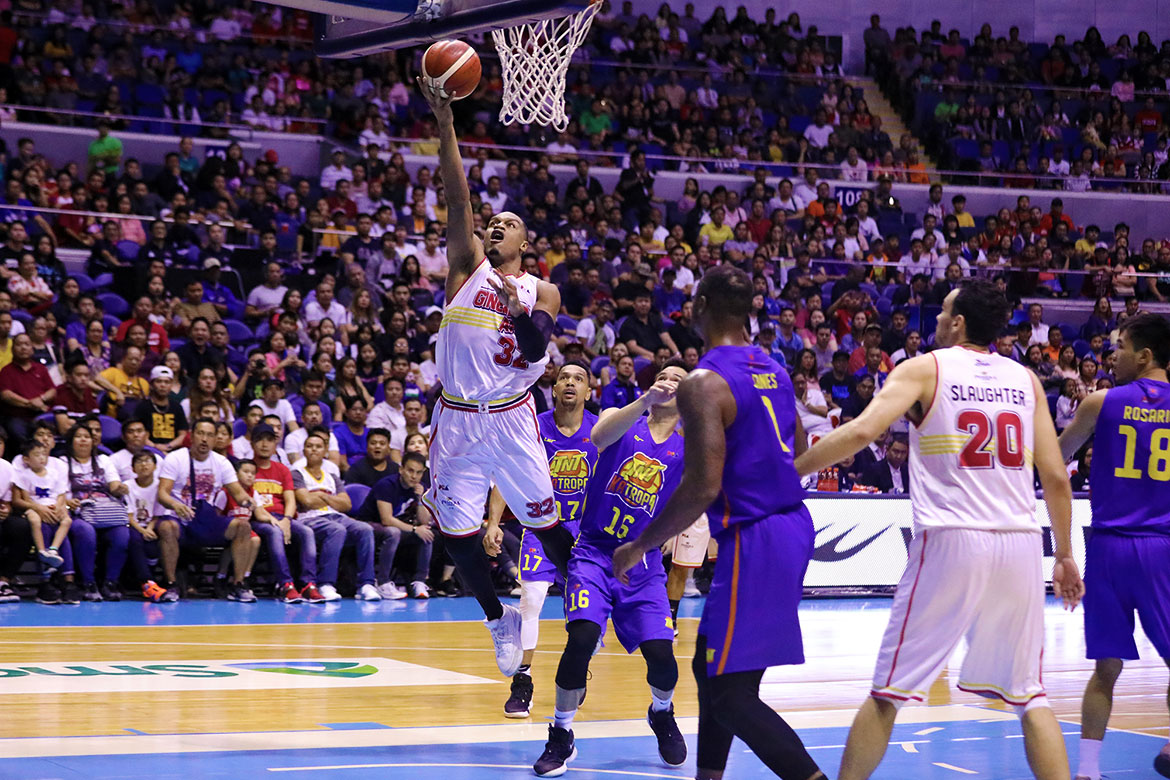 The Barangay Ginebra San Miguel’s reign as kings of the PBA Commissioner’s Cup is now in danger of coming to a close.

The Gin Kings are in deep trouble following the 71-88 beatdown they suffered at the hands of Terrence Jones and the TNT KaTropa on Sunday evening. The loss dragged them down to a 0-2 hole in their best-of-five semifinal series.

The Barangay could chalk up the loss to an off night, since they only made five of their shots from beyond the arc. Justin Brownlee thinks otherwise, though, pointing out that TNT have also been playing tough defense.

“Sometimes it’d be like that, but you just gotta give them a lot of credit. You know, we missed some shots today, yeah, but their defense has just been very tough,” said Brownlee, who had 25 points and 13 rebounds in an assist-less game.

“They got a lot of guys who can defend and even their team concept has been really good. It’s giving us problems.”

Regarding the team concept Brownlee mentioned – the KaTropa moved the ball well in Game Two, racking up 16 assists. And that kind of ball movement enabled them to knock down a total of 16 three-pointers.

“They’ve been shooting the ball very well,” Brownlee said. “We have to guard the three-point line better and hope they miss, but we [also] got to make them miss. So I think if we can contain some of the three-pointers, I think we will be pretty good.”

Game Three will be on Tuesday at the SM Mall of Asia Arena. One wrong step would mean the end of the line for the Barangay. So for Brownlee, now is the best time for them to put their never-say-die attitude on display.

“Just having that never-say-die type of attitude. I know coach will definitely go make some adjustments now we’re down 0-2. So just come in tomorrow [in practice] and see what he got to say,” said the reigning Best Import.

“And then, approach the game with a never-say-die type attitude.”

Brian Heruela on flourishing in TNT: ‘We go by rules’