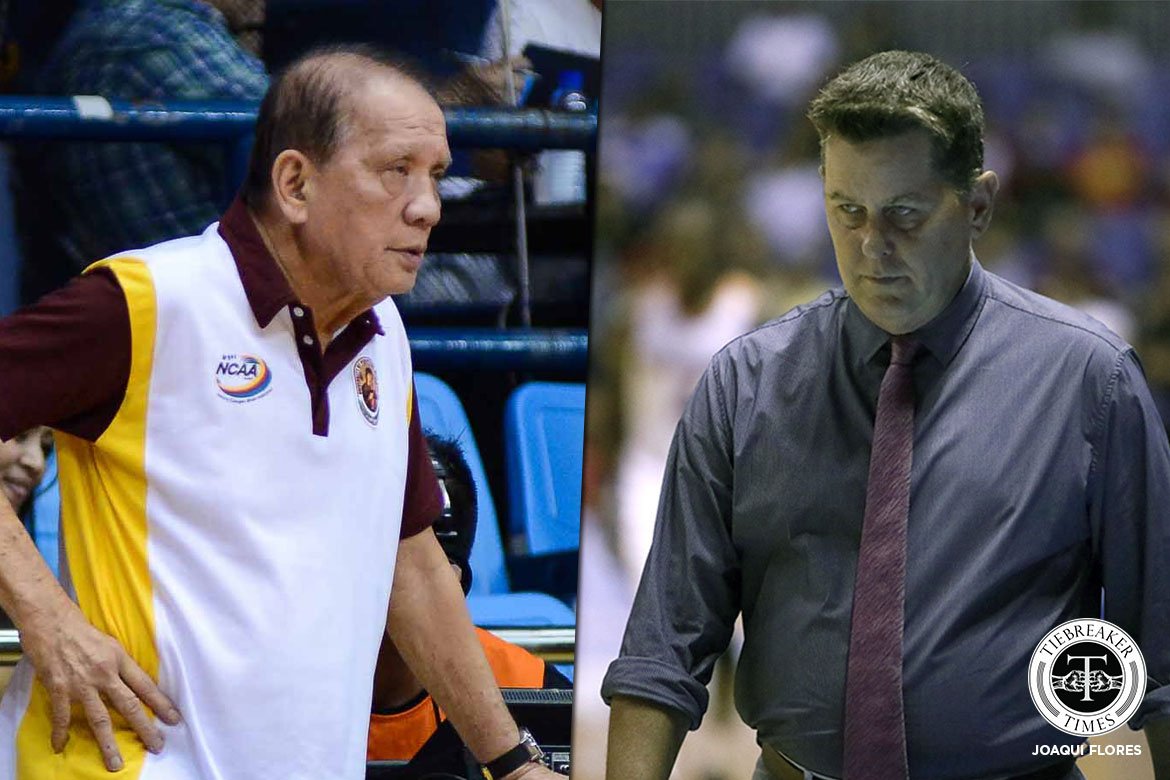 For Tim Cone, coach Aric Del Rosario was a steadying influence on him as a young mentor.

Cone was the chief bench tactician of the dreaded Alaska squad back in the 1990s, while Del Rosario served as his assistant. Still, the former said that he had learned much from one of Philippine basketball’s best teachers.

While with the Milkmen, Del Rosario was the architect behind one of the most dominant runs in the UAAP. He steered University of Santo Tomas to four straight titles from 1993-96 — the 1993 gold ended UST’s 29-year title drought.

“He was such a steadying influence on me when I was a young coach,” the PBA’s winnningest coach wrote in a text message to Tiebreaker Times. “He always kept me grounded and taught me so much about humility.

“The winning he accomplished at UST and the players he touched was unsurpassed.”

For the Barangay Ginebra head think-tank, Del Rosario is “a great coach and a better friend”. So his devastated feeling was understandable after learning about the passing of one of the most beloved figures in the local basketball scene.

Wednesday evening, Del Rosario passed away due to myocardial infraction (cardiac arrest). He was 80.

What pains Cone, even more, is that he cannot even pay his respects to Del Rosario and his family, since the entire Luzon has been placed under enhanced community quarantine due to the coronavirus (COVID-19) pandemic.

“It is crushing news to me, especially at this time when I cannot pay my respects to him and his family,” he lamented.

Del Rosario indeed had himself a successful career as a coach. Besides the aforementioned accolades, he also steered the Pampanga Dragons to the inaugural Metropolitan Basketball Association title in 1998.

He then mentored the men’s national team that copped the gold medal in the 2003 Southeast Asian Games.

After serving as NCAA commissioner from 2009-11, Del Rosario returned to the sidelines for University of Perpetual Help System DALTA. He spent four years there from 2012-15, leading the Altas to three Final Four appearances.

Del Rosario last coached in 2018 with Parañaque in the Maharlika Pilipinas Basketball League. He spent a season there.

For Cone, Del Rosario’s achievements should be enough for the revered figure to be up there among the greats.

“His humility and low-key personality prevented him from being in that conversation of the best coaches of the country — that was wrong; he was incredibly underrated and certainly should have been.”