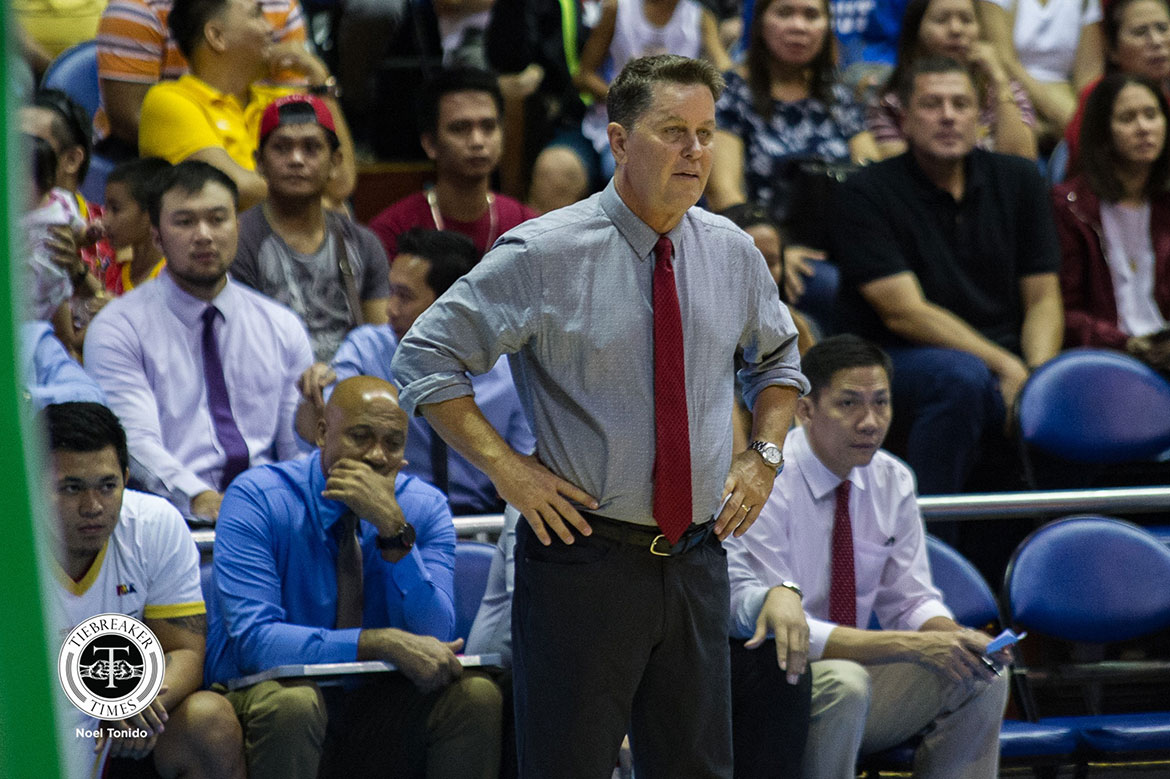 And it proved costly, as they lost, 92-103, ending their reign as champions in the mid-season joust.

“I think we lost our poise a little bit,” said Cone moments after the match. “We started rushing and taking tough shots and they took advantage of it. We made a few turnovers towards them towards the end of the third quarter.

“That kind of changed the game. And then when they got ahead, we lost our poise and never really got going.”

The third quarter really was the turning point of the match. The Barangay were still up by a point with 4:01 to go, but the Texters unloaded 10 straight points en route to an 84-75 lead with two minutes left.

TNT then never relinquished their hold of the driver’s seat the rest of the way. The KaTropa pushed their six-point lead to a wide 103-86 margin with 2:41 left to play following a 13-2 blitz, leaving the crowd darlings shell-shocked.

“They played better than we did. And they proved to be the better team than us,” admitted the champion coach.

True enough, TNT were the better team. They shot an impressive 47 percent from the field and committed just six turnovers the rest of the game. Meanwhile, they forced the Barangay to 16 turnovers, which they converted into 17 points.

The KaTropa’s starters may have done the heavy lifting in the win, but the bench – led by Ryan Reyes, Yousef Taha, and Brian Heruela – made their mark as well, outscoring their counterparts by a whopping 17-5.

All in all, including their wins in the elimination round and the playoffs, Thursday night’s victory marked the flagship MVP franchise’s 15th win in the 17 games they have played so far in the mid-season conference.

TNT now await the winner of the Rain or Shine-San Miguel series for their foes in the best-of-seven Finals. But for Cone, it doesn’t matter who they play – he believes the KaTropa have a good shot to win it.

“I think they have a good shot at winning the championship.”

Ginebra brought out the best in TNT, says Troy Rosario