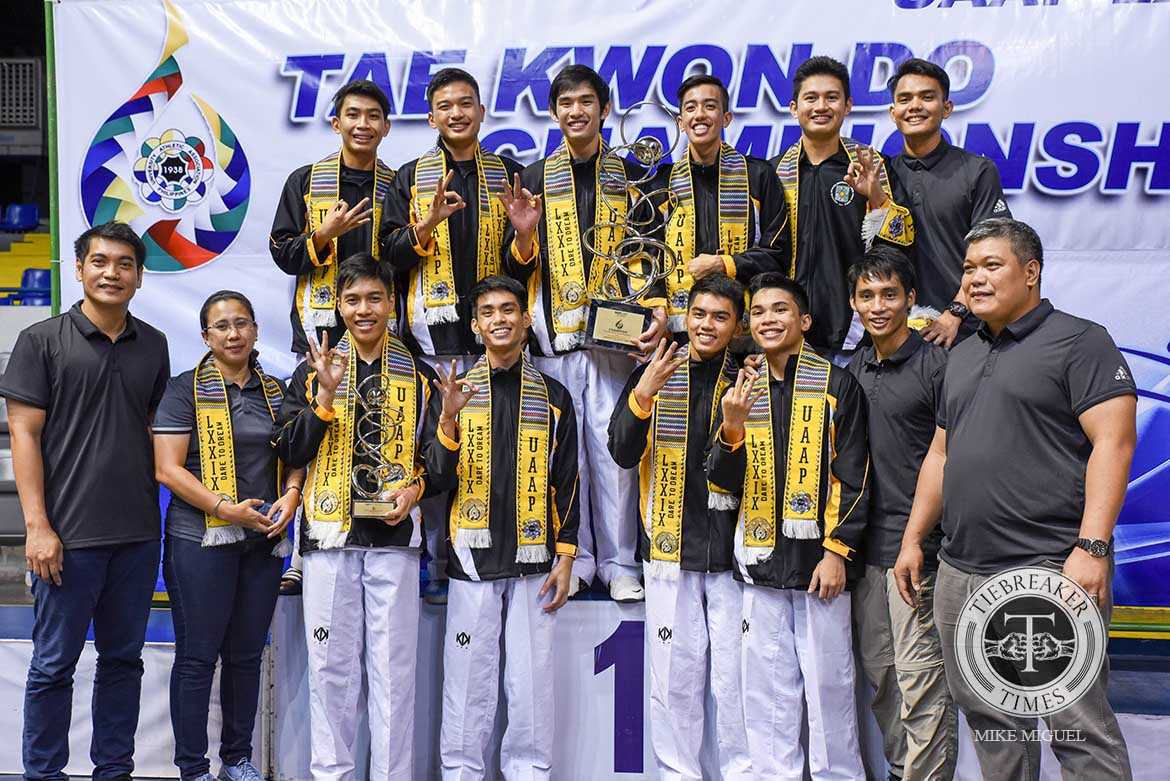 The University of Santo Tomas Tiger Jins continue to rule the UAAP mats.

Just like last season, the jins from Espana needed a clutch final day performance to stave-off the second-placers: this season, it was the NU Bulldogs.

During Day Two of the competition, UST was able to lambast NU with a 5-2 tally but succumbed to the De La Salle University Green Jins, 2-5. This resulted to twin 3-1 slates entering the final day of competition.

“With regards with the men’s team naman kasi as you can see it’s a round robin game so hindi mo siya ma-predict right away so it varies who’s the better team that day,” UST assistant coach Jasmine Simpao shared.

The Tigers Jins then defeated the last season’s silver medalist by a razor-thin margin, 4-3, while capping the day with a masterful 6-1 win over the UP Maroon Jins to seal the crown for the third straight season, 14th crown overall.

“They were able to prove themselves today, that’s why I’m happy,” she said.

Third year Tiger Jin Aries Capispisan was the sole individual medalist for UST as he swept the Middle/Heavyweight division with a 6-0 record.

The Bulldogs broke out of the cellar, taking the silver medal with a 5-1 record. National University was spearheaded by bantamweight champion Diether Baylon (5-1) and welterweight kingpin Arven Alcantara (5-1)

READ  Lakay's Kevin Belingon to take on Fil-Aussie Reece McLaren at ONE: Quest for Greatness

The FEU Tamaraw jins finished in third place with a 4-2 record, both losses coming from UST and NU. Featherweight gold medalist Kristian Tagarao finished the tournament with a perfect 6-0 slate.

The sole bright spot for the De La Salle University Green Jins was finweight tournament winner Carlo Dionisio (5-1). He was crowned as this year’s Rookie of the Year.