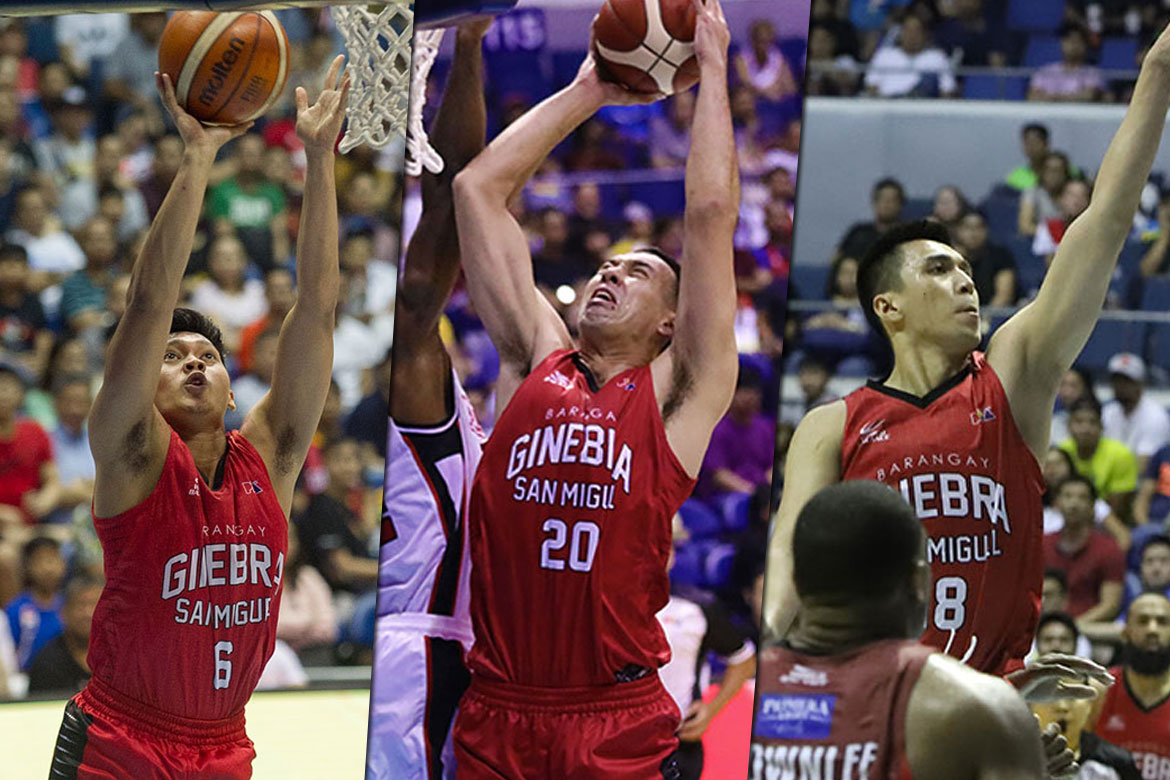 All six Barangay Ginebra San Miguel players were expected to banner Gilas Pilipinas in the 30th Southeast Asian Games set next week. Unfortunately, though, only half of them made it into the final lineup.

Reports emerged on Friday that LA Tenorio, Stanley Pringle, and Japeth Aguilar are the only Gin Kings in the 12-man roster. Scottie Thompson, Art Dela Cruz, and Greg Slaughter have all been cut.

The 7-foot Slaughter has been ruled out due to a thumb injury he incurred during one of Ginebra’s practices.

Part of the team are the San Miguel Beermen troika of June Mar Fajardo, Marcio Lassiter, and Chris Ross; and the TNT KaTropa tandem of Troy Rosario and Roger Pogoy.

Rounding out the squad looking to give the country its 18th gold medal in SEAG men’s basketball is Alaska Aces main man Vic Manuel.

Both Ross and Manuel are Gilas first-timers.