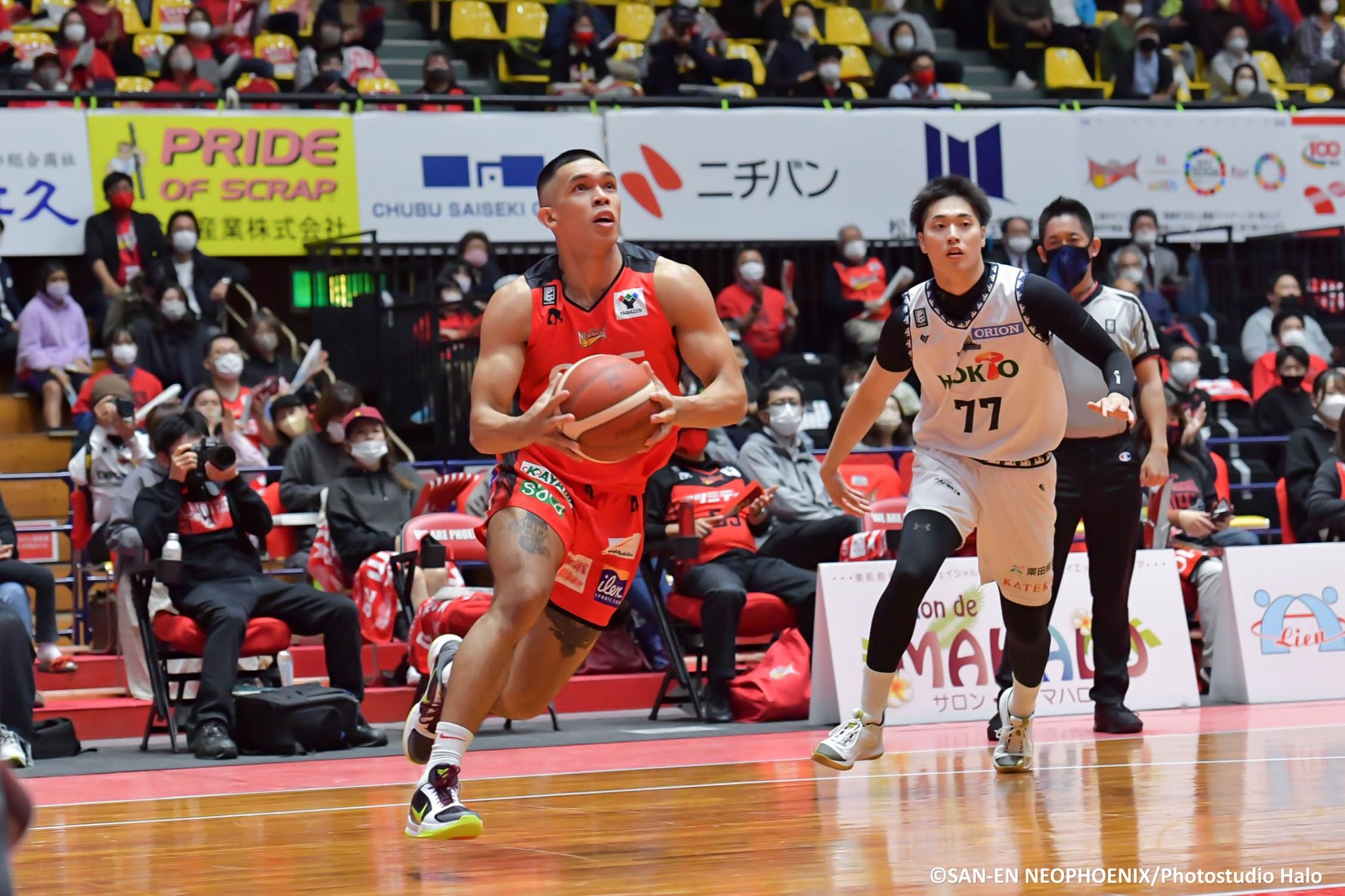 Shinshu extended Thirdy Ravena and San-En’s misery to four games via a strong fourth quarter, 92-79, Wednesday in the 2021-22 B.League Season at the Toyohashi City Gymnasium.

Holding a precarious one-point lead entering the payoff period, the Brave Warriors regained their offensive magic that saw them have a strong start.

They let it rain from downtown, burying five triples en route to a dominating 30-18 fourth canto.

Shinshu started the game on fire, racing to a 17-2 advantage capped by a triple by Josh Hawkinson at the 3:10 mark.

But the Neophoenix fought back with an equally strong second quarter, making 25 points while limiting the Brave Warriors to just 18 to trail by just two at halftime, 35-37.

Hawkinson led the ransack for Shinshu off the bench with 28 points and nine rebounds as Matthew Aquino was not fielded in anew.

Yuta Okada and Ko Kumagai provided the local support with 23 and 14 points, respectively, with the latter dishing eight assists.

The Brave Warriors improved to 7-5 while pulling down the Neophoenix to 3-9, both in the West.

Ravena scored eight of his 10 points in the second half but it was still not enough. He also got five rebounds, an assist, a steal, and a block but was a minus-14 in his 24 minutes on the floor.

Imports Robert Carter and Justin Knox were a combined 5-of-19 from the field, managing just nine and eight points.

Returning to the win column, Aquino will face another Ravena in his next game on Saturday at 2:05 pm, facing Kiefer and his Shiga Lakestars at White Ring.

Meanwhile, Thirdy and San-En seek to end their four-game slide when they battle Dwight Ramos’ Grouses later in the day at 5:05 pm at Toyama CIty Gymnasium.