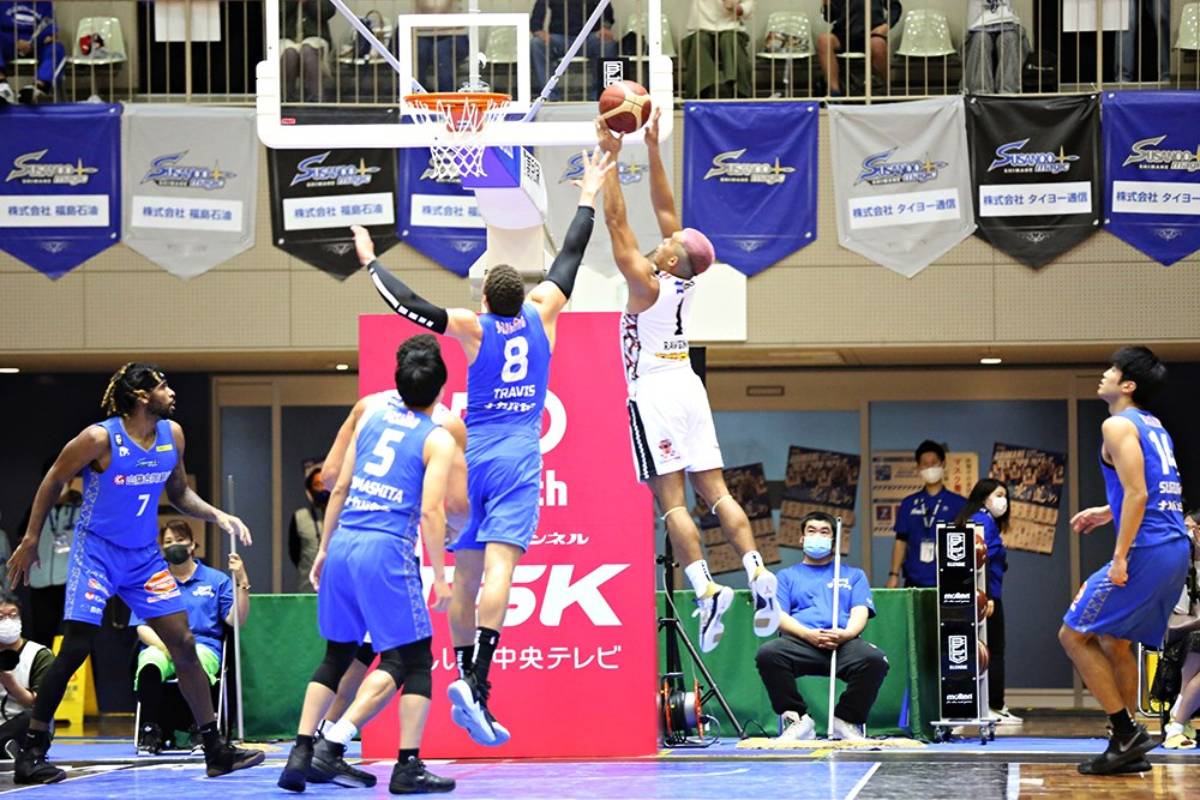 Thirdy Ravena’s B.League debut was a success as he was instrumental in San-En’s 83-82 triumph over Shimane, Saturday evening at Yonago Industrial Gymnasium.

Clinging to a 63-62 lead heading to the final frame, the 6-foot-2 Asian import took over, scoring eight of NeoPhoenix’s first 14 points of the quarter to give his side a 77-69 lead.

“I think we showed character and great heart. I want to congratulate my boys for doing that. Very special group of guys,” said San-En head coach Branislav Vicentic.

Not having his usual legs, Ravena had to be taken off the court by Vicentic with four minutes left in the game.

With Ravena out, the Susanoo Magic made a huge run, leading 82-81 with 19 seconds left after a couple of free throws by De’Mon Brooks.

Atoning for his questionable three-pointer earlier, Hayato Kawashima was able to draw a foul from Brooks and sinking both of his charities to avert a meltdown and hand Ravena a winning debut.

“We thought the game was over the last two minutes. It’s a lesson for us,” expressed Vicentic.

This is just San-En’s second win in 11 games.

Ravena’s first-ever point in the Japanese league came via a free throw a minute and 19 seconds into the game. The athletic 6-foot-2 winger followed it up with a baseline drive for a jam with 6:06 left in the opening stanza.

San-En was playing without Nenad Miljenovic, who was averaging 13.2 points and 5.5 assists per game, due to a strained right hamstring.

Next up for San-En is another showdown with Shimane on Sunday at 12:35PM at the same venue.