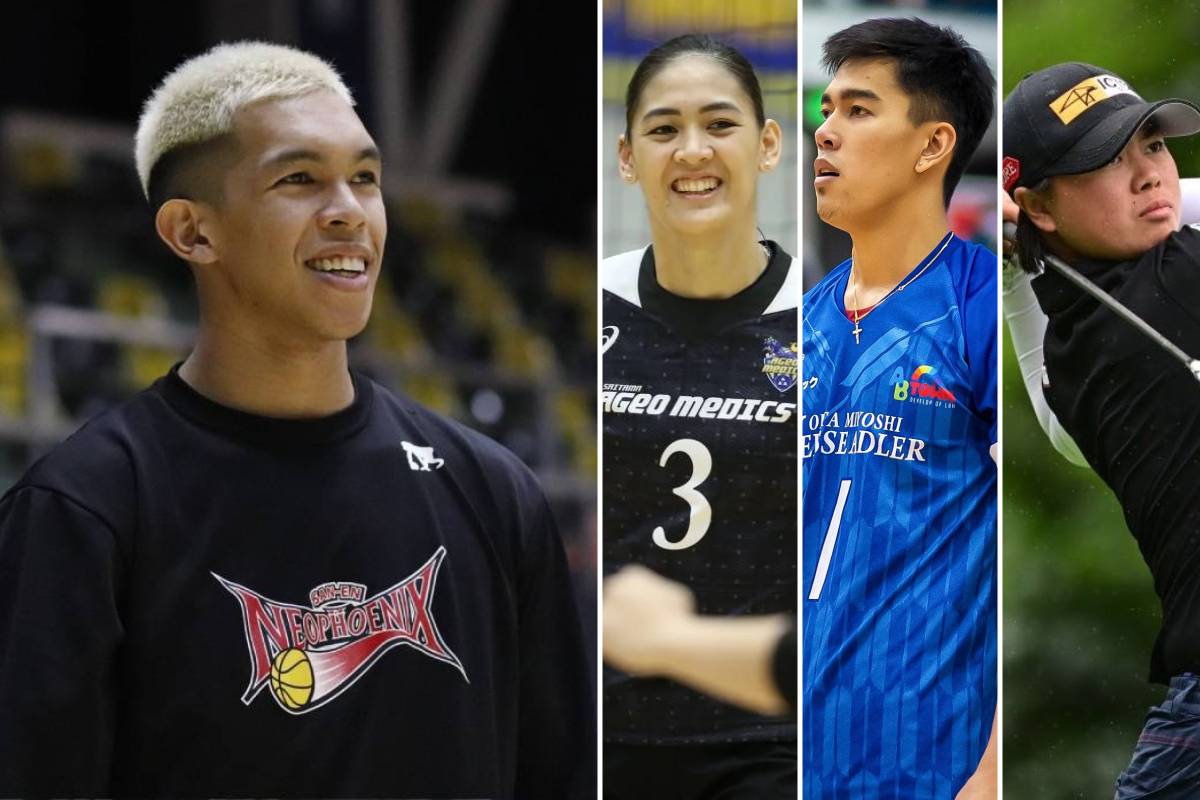 During the past year, Filipinos Thirdy Ravena, Jaja Santiago, Yuka Saso, and Bryan Bagunas have been trying to make it big in Japan.

Over in the eastern Mikawa and Hamamatsu, Shizuoka Prefecture region of central Japan, Ravena played for San-en NeoPhoenix in the B.League.

Santiago, on the other hand, was in Ageo City, Saitama, playing for Saitama Ageo Medics in the Women’s V.League. In the men’s V.League, Bagunas served as the import of Oita-based Miyoshi Weisse Adler.

During their seasons, Saso was touring around Japan, and the world, competing in the JLPGA.

With their seasons either done or about to be over, Ravena looks to host a gathering with the three to talk about their experience in Japan so far.

Yes, despite being in one country, it was hard for them to find a common time to hang out. The schedule of Japanese pro leagues is tight, especially with the ongoing pandemic.

“I’d love to have some sort of vacation with them,” he told Tiebreaker Times.

“We have the same stories eh, tapos usually alone pa kaming lahat dito. It’s something different to be around guys who have the same goals, which is trying to make it here.”

Out of the four, Tanza, Cavite-raised Santiago and San Ildefonso, Bulacan-native Saso have found gold. The former helped Ageo Medics win the J.Cup, while the latter has already amassed ¥95,371,170 in winnings.

Ravena and Bagunas, on the other hand, experienced a lot of injuries during their respective campaigns.

San-En finished with a 12-47 record, second to the last in the B.League. On the other hand, Oita finished last in the V.League with a 3-33 slate.

“It’s nice to hear their stories kahit we are coming from different sports.”

Though they are competing in different clubs and in different sports, Ravena stressed that they are still playing for one team. And that team is none other than Team Pilipinas.