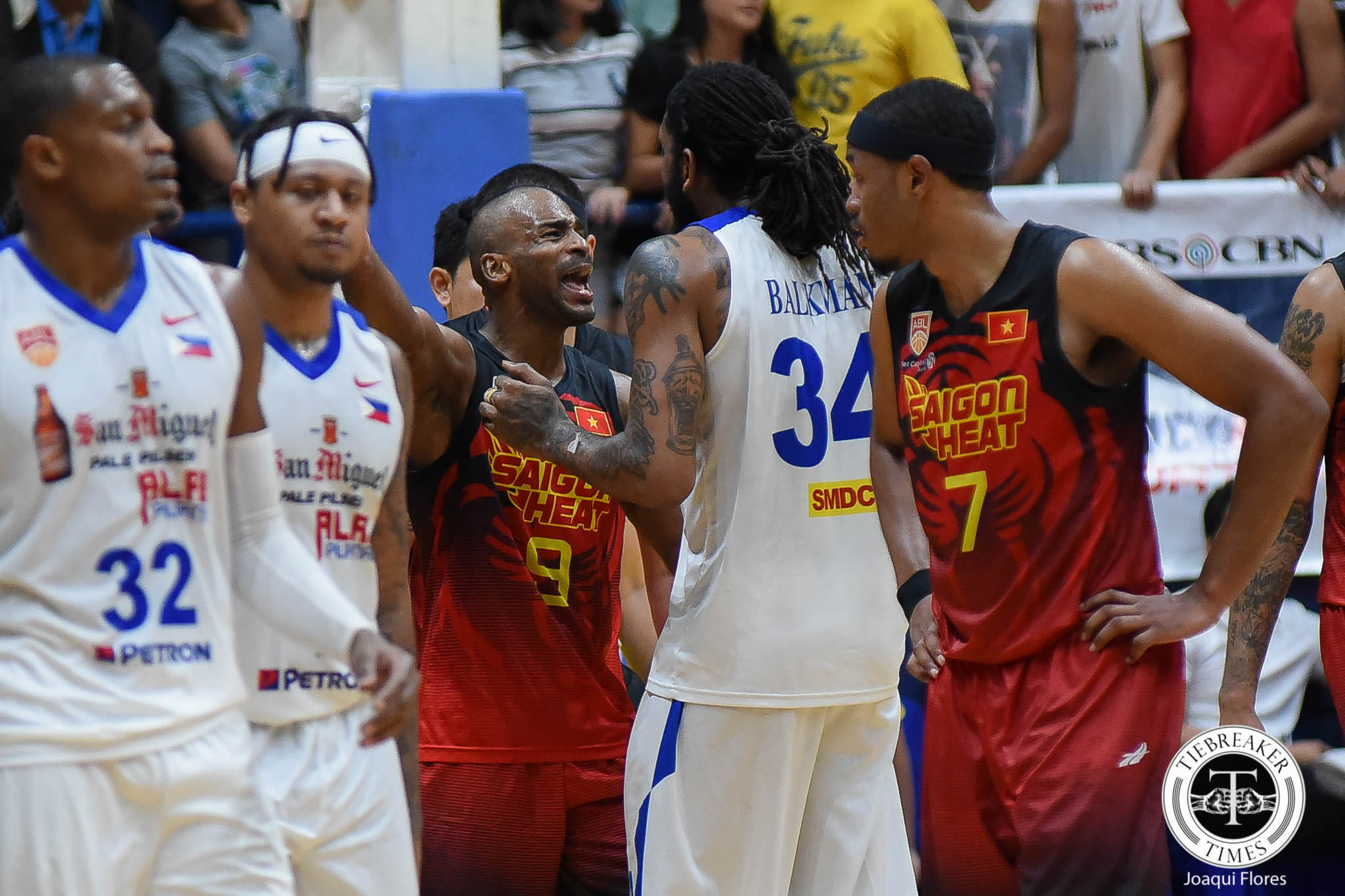 There was obvious tension between San Miguel Alab Pilipinas and the Saigon Heat, Sunday evening.

Whistles were blown left and right; players from both sides were jawing at each other up until the final buzzer; and even Saigon’s coach Kyle Julius was thrown out of the game just 18 minutes into the contest. Clearly, the heat of the playoffs had caught up with the two squads.

However, it has been like this over the last two years, shared second-year pro Lawrence Domingo. “Us and Saigon, we play physical together,” shared Domingo, who finished with 18 points and six rebounds off the bench.

“It gets real intense between us but that is when basketball becomes fun.”

Justin Brownlee and Akeem Scott got into it multiple times in the game. A stare-down ensued between the two stars every time they connected on a bucket.

For the Ginebra mainstay, the desire to advance to the playoffs was the reason why emotions had run so high in the contest.

“They played very physical. We knew the playoffs were gonna be this way,” expressed Brownlee, who had 22 points, 11 rebounds, and eight assists in Alab’s 110-100 win. “Tonight, it was a great challenge. Saigon is a really good team and we know when we get to Saigon, there’s gonna be more challenges.

“We just wanna take on those challenges head-on and just try to keep building.”

His fellow World Import Renaldo Balkman had a different take about it.

Even if there were 43 fouls assessed, the former NBA player shared that the game officials should intervene more in games like this to prevent things from escalating.

“To be honest, we play hard, we give the fans a good show to watch, but the refs gotta protect us too,” lamented Balkman, who tallied 17 points and 20 rebounds. “Somebody can get hurt and you can prevent that. All you gotta do is protect us. We are professionals out here, we give the crowd a great show.

“Just protect us, we wanna give the crowd a good game.”

This was a notion seconded by Filipino-American Mikey Williams, as he felt that the Heat had gotten the short end of the stick when it came to the calls.

“That was a physical game and the ref’s are not giving us much so we have to fight through everything,” said Williams as his 19-point, six-rebound, and five-assist outing went for naught.

“We have to use that as an advantage.”

Reigning Local Most Valuable Player and Alab skipper Ray Parks, Jr. stressed that this is all part of the game. As a player, you just have to play through it. 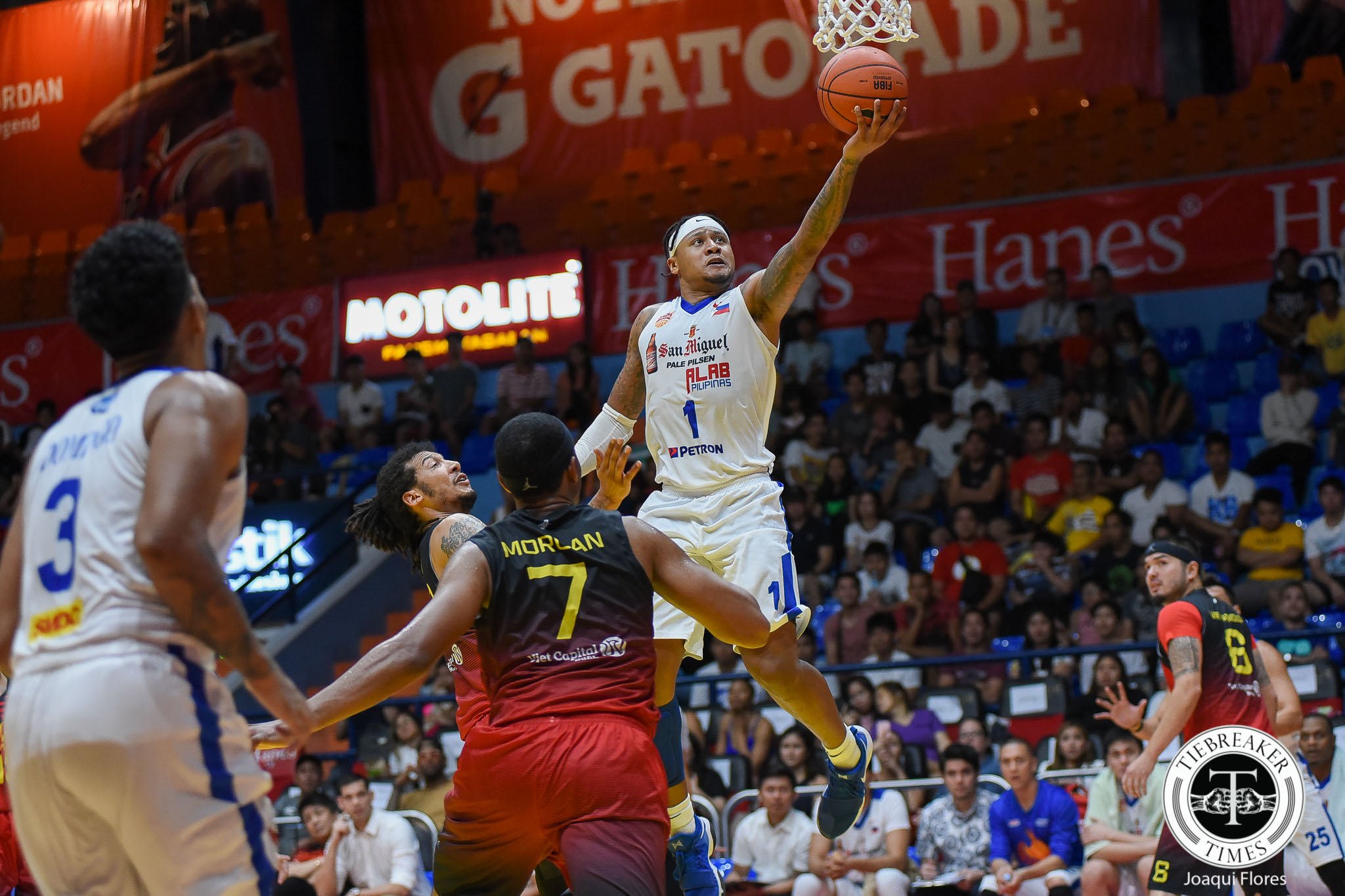 “Just focus on the game and continue playing. At the end of the day, you have to respect your opponents.”

Come Game Two, expect that nothing will change between the two budding rivals. 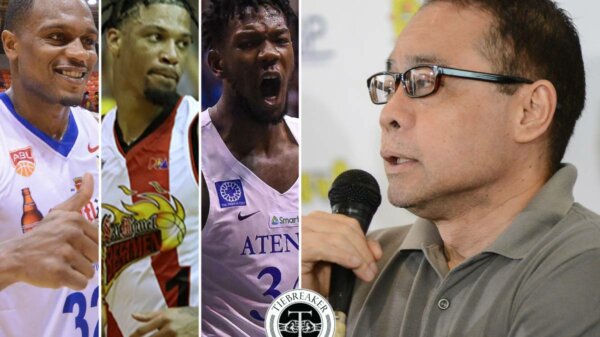 With Angelo Kouame just one step away from becoming a naturalized Filipino, Samahang Basketbol ng Pilipinas vice chairman and Deputy Speaker of the House... 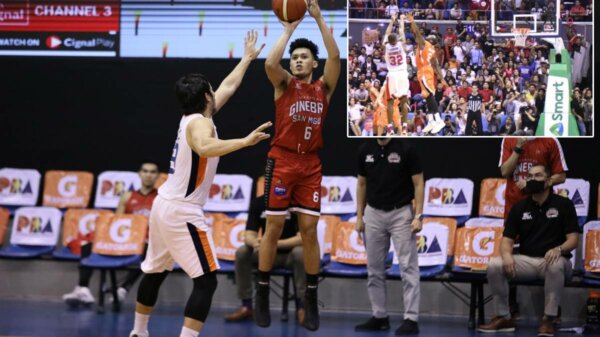 Brownlee’s or Scottie’s? Cone weighs in on magical game-winners

SMART CLARK GIGA CITY — It was 2016 all over again, as Scottie Thompson had his own Justin Brownlee moment to lift Ginebra past...

Parks makes sure sacrifices of TNT family will be worth it