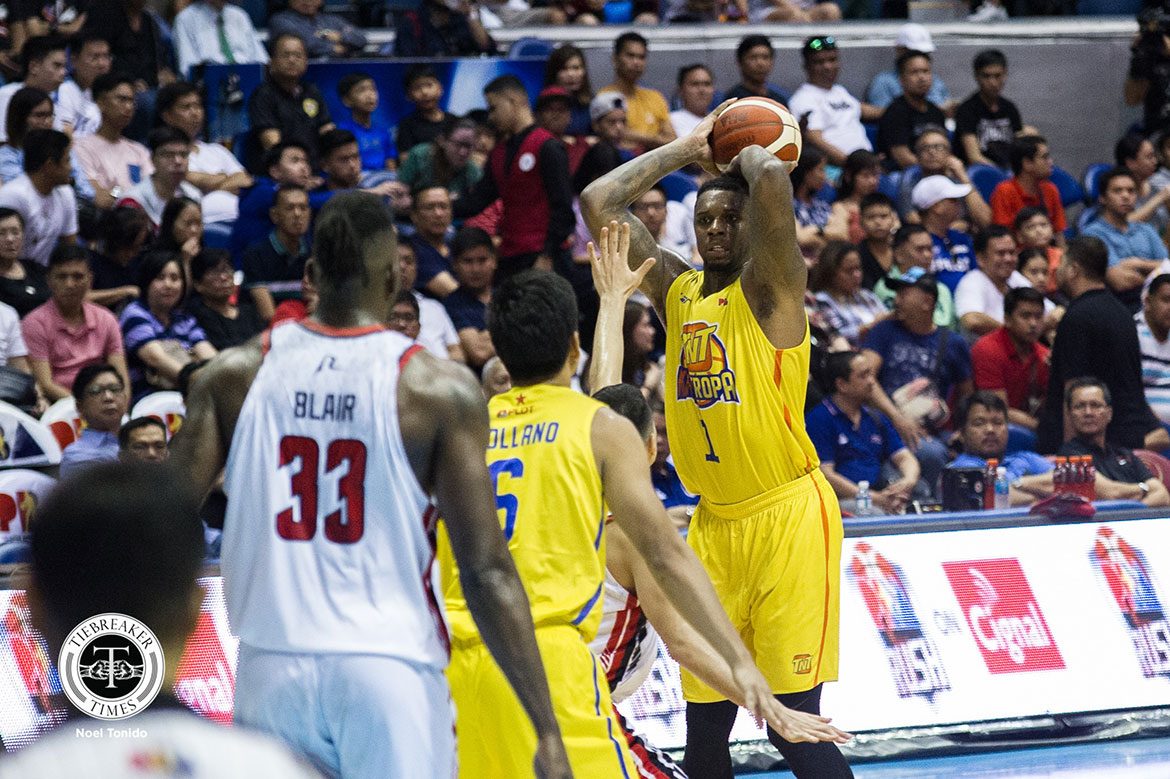 Terrence Jones posted yet another triple-double, and the TNT KaTropa demolished the Blackwater Elite, 115-97, to clinch the twice-to-beat advantage for the 2019 PBA Commissioner’s Cup quarterfinals Sunday at SMART Araneta Coliseum.

Jones finished with 36 points, 16 rebounds, and 14 assists to power the KaTropa, who’s the hottest team in the league right now as they have collected their seventh straight win. TNT has now won nine of their 10 outings.

The Texters have become the second and last team next to NorthPort Batang Pier to clinch the playoff incentive.

TNT went on an onslaught in the second period, turning a slim two-point lead to a wide 46-29 cushion as they pulled off a 19-4 blitz. The KaTropa would score a total of 35 points in the period alone and would head into the break ahead, 60-43.

The Elite, though, would chop the deficit down to just eight, 52-60, with 10 minutes remaining in the third canto.

But it would be Blackwater’s last hurrah as TNT immediately responded with four straight points to restore the double-digit gap. That began the one-sided affair in favor of the KaTropa, who would lead by as many 27, 93-66, early in the fourth.

Ray Parks had 21 points, 10 rebounds, and five assists to lead Blackwater, who have fallen to 6-4.

TNT will next face Magnolia Hotshots in the final day of the eliminations on July 17. Blackwater, meanwhile, will try to bounce back versus the struggling Alaska Aces on July 14. Both games will still be at the Big Dome.

Donald Tankoua on playing out final year ‘If the family needs you, you stay’