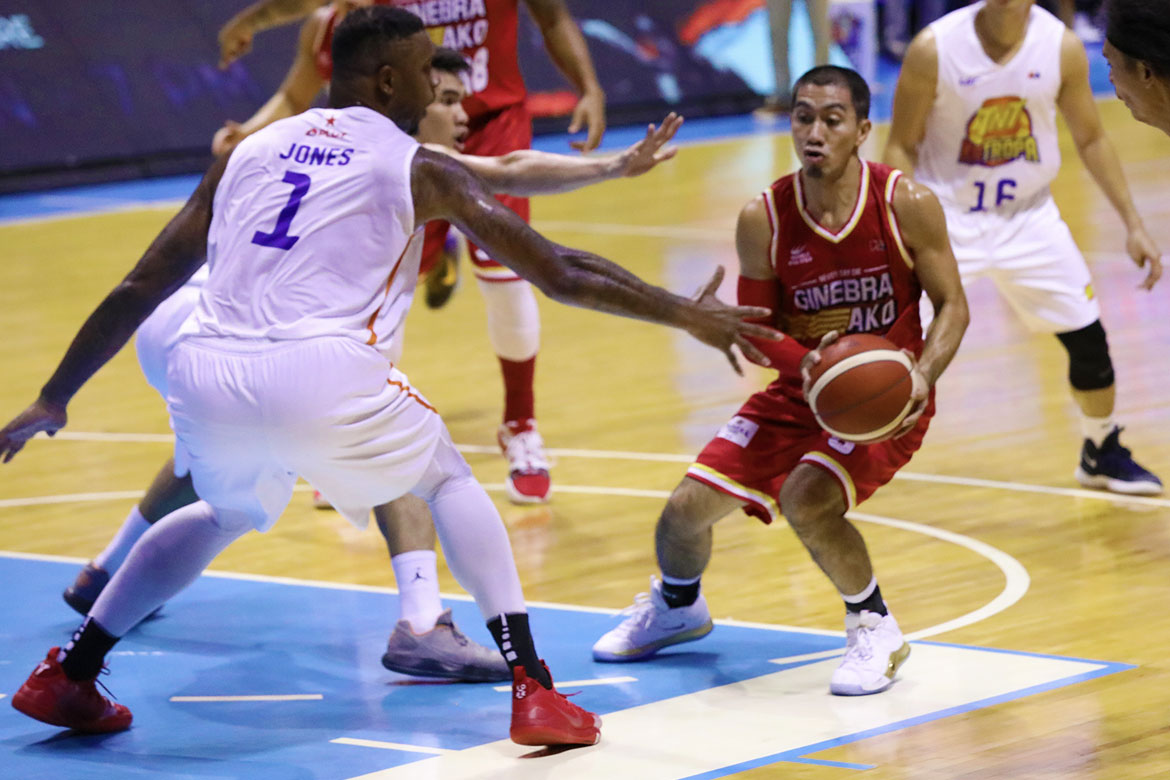 Terrence Jones was once again in the middle of a tussle, Wednesday.

Play was paused after things got a bit heated between Jones and LA Tenorio during the 2019 PBA Commissioner’s Cup meeting between rivals TNT and Ginebra.

With 7:36 remaining in the third quarter, the former NBA cager got slapped with a flagrant foul penalty one after giving a hit to Tenorio while the latter was driving towards the basket.

Asked regarding the incident, Jones accused the veteran floor general of hitting him in the stomach prior to that.

“I just wanted to be aggressive,” said the 27-year-old forward out of the University of Kentucky, who finished with 17 points, 16 assists, and 14 rebounds.

“I felt, you know, he kinda punched me in the stomach beforehand and they didn’t call it.”

On the other hand, Tenorio admitted that he did give such hit to Jones. But it was, according to him, his way of retaliation — Tenorio accused Jones, too, of another hit which he got prior to that stoppage.

The 13-year pro would also want the league to review the game tape.

“Nagulat lang ako kasi one time, parang pababa ako sa transition biglang sinikmuraan din niya ako eh. I don’t know if you see that. It was during the third quarter. I was like, bakit ginanun niya?

That incident, however, did not affect TNT afterward as they walked away with the 104-96 victory in their hands.

“We kept playing and we didn’t bother none of us and we were just, you know, worried about getting this win.”

Terrence Jones shows he is more than just a scorer