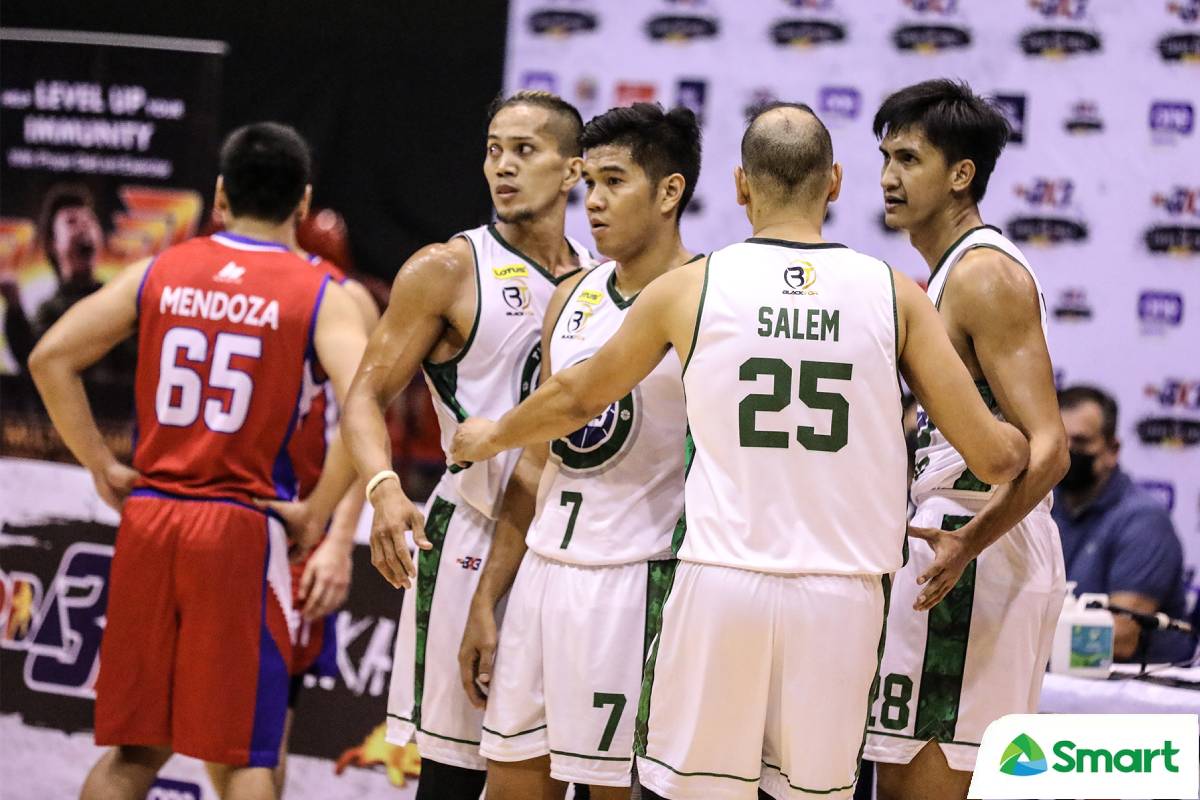 Terrafirma booked the last trip to the PBA 3×3 Leg 2 quarterfinals by booting out Purefoods, 22-12 in the battle for no. 8 Thursday at Ynares Sports Arena.

Terrence Tumalip nailed the game-winning two-pointer with 1:39 left as the Dyip completed the playoff picture at the expense of the first leg’s third-placers.

It was a rousing performance for the ball club, who played inspired basketball as they dedicate their campaign to the recovering Roider Cabrera.

After absorbing an 11-18 loss to Limitless App earlier that made them compete for the final quarters berth, Terrafirma raced to a 10-3 lead behind the collective efforts of Tumalip, Jebb Bulawan, Dhon Reverente, and Matt Salem.

That connection between Salem and Reverente pushed their lead to double digits, 16-6, with 4:26 to go as the Dyip never let up from then on.

Meanwhile, Joseph Eriobu had seven points to lead Purefoods, who played in Day 2 with only three men as Val Acuna suffered a broken jaw.

Terrafirma will face Pool A top seed and maiden leg champions TNT Tropang Giga in the knockout quarterfinals of this level four FIBA 3×3 tournament later in the day.