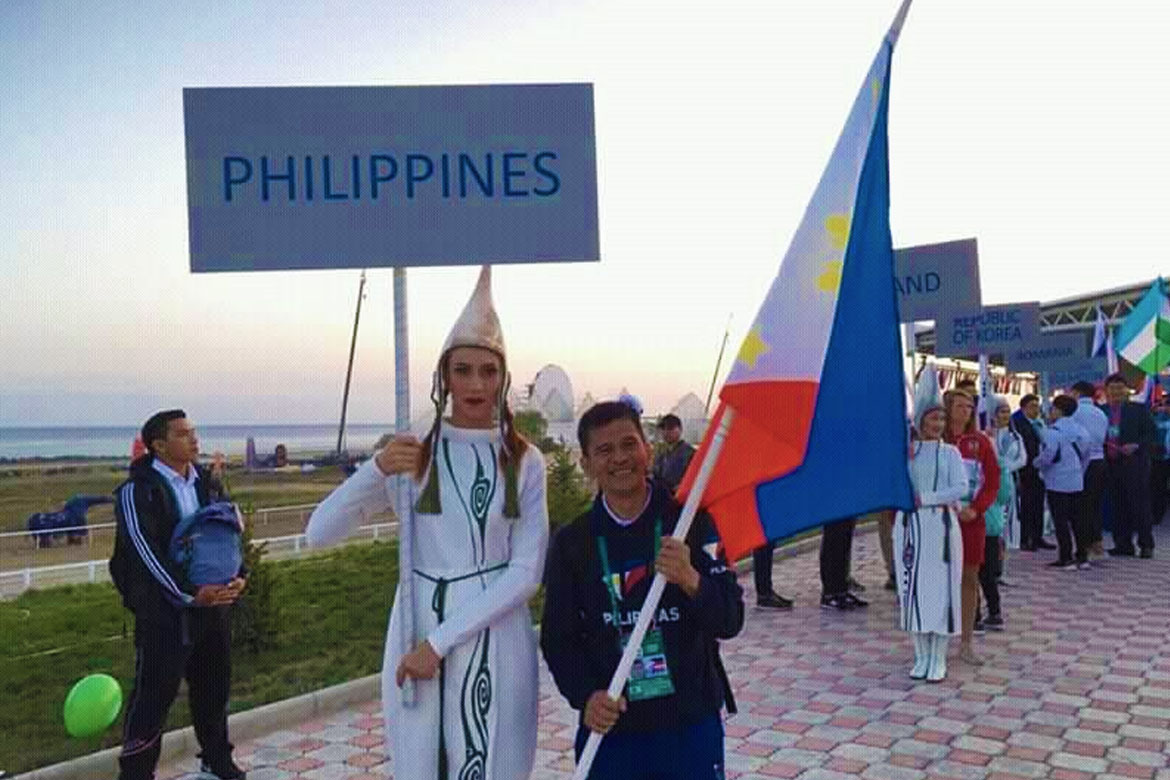 Last August 18, 272 of the country’s bravest and finest athletes marched together in Jakarta, Indonesia to open the 2018 Asian Games. Carrying the flag for Team Pilipinas was Jordan Clarkson.

Fifteen days later, one Filipino was both the flag bearer and athlete for Team Pilipinas in the 2018 World Nomad Games in Cholpon Alta, Kyrgyzstan – some 5,209 kilometers away from Manila.

Forty-eight year old Rhon Palmera was the sole representative of the Philippines in the global meet for ethnic sports practiced in Central Asia. In his second World Nomad Games, Palmera made sure to bounce back for his team.

“Tatlo kami nung 2016. I was both the coach and head of delegation with two athletes,” he recalled. “In mas-wrestling, we were able to reach the bronze medal match pero na-disqualify kami because we were at the wrong arena. We cannot understand the announcements before because it was in Russian and Kyrgyz.”

With no teammates around, the native of Caloocan joined four events – namely Yakut Table Games, Oware, Toguz Korgool, and Mancala (commonly known as sungka in the Philippines). Palmera pocketed a silver (Mancala) and a bronze (Yakut Table). 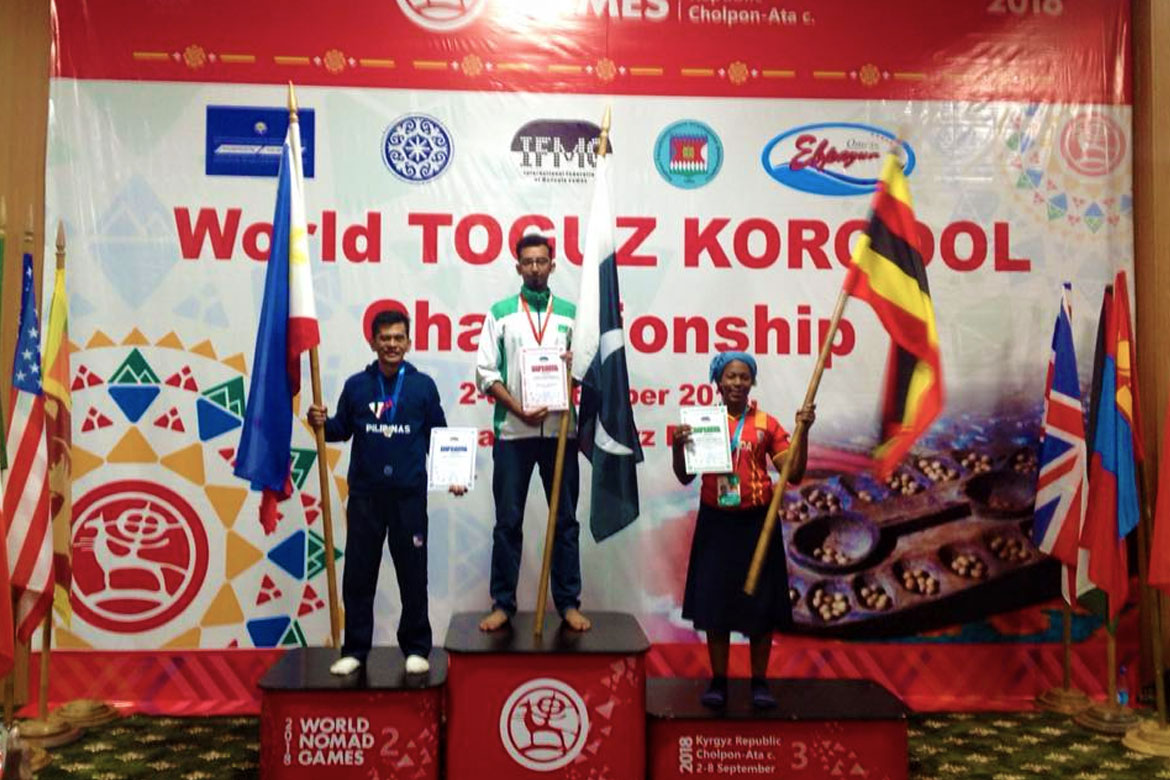 With ethnic sports such as sungka growing on a global scale, Palmera hopes that it will be promoted by our country’s sporting leaders on its home soil.

“Hoping ako na sungka will be promoted and supported. Pero not just in terms of promotion but, God’s will, also financially.”

Due to his impressive outing in the Nomad Games, Palmera received numerous invitations to compete abroad.

This November, he is set to go to Yakutsk, Russia for the 2nd World Mas-Wrestling Championship – another native sport that is close to Palmera’s heart. 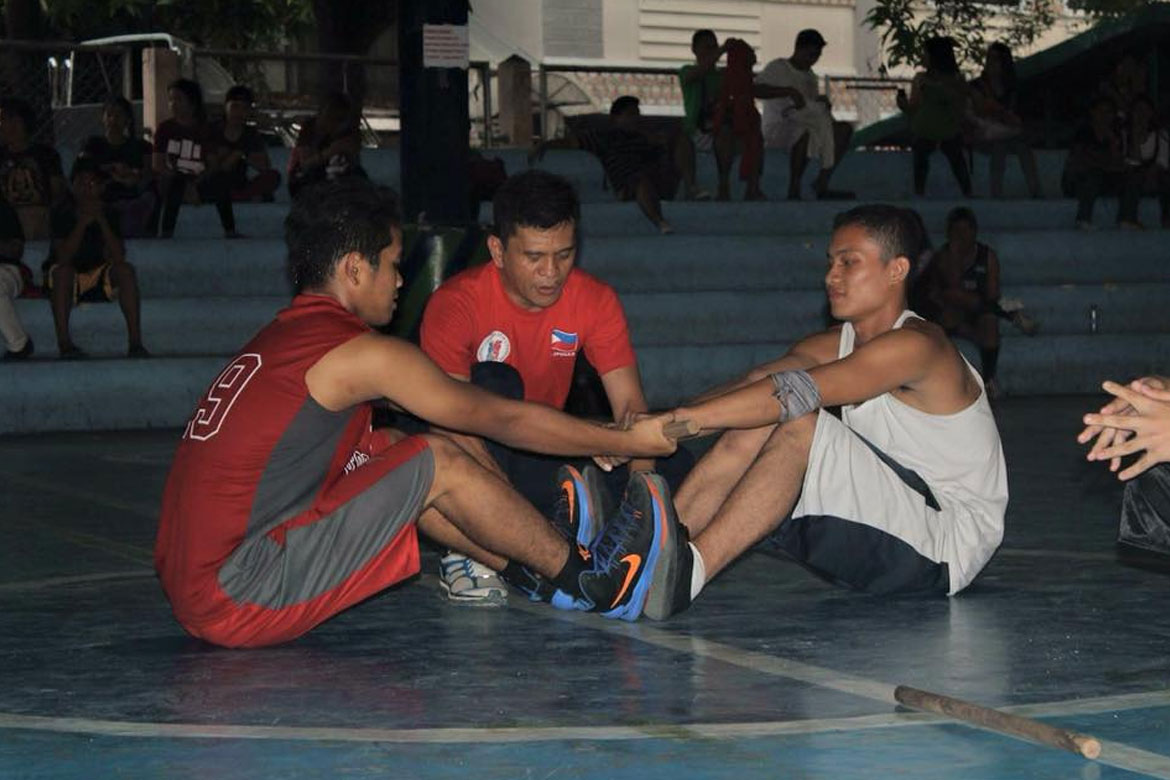 Palmera was also invited by the Mangala Federation to compete in the 2018 Mancala Games Eurasian Cup in Turkey this December.

And he is asking for assistance to help him get to this stage and to help grow the sport as well.