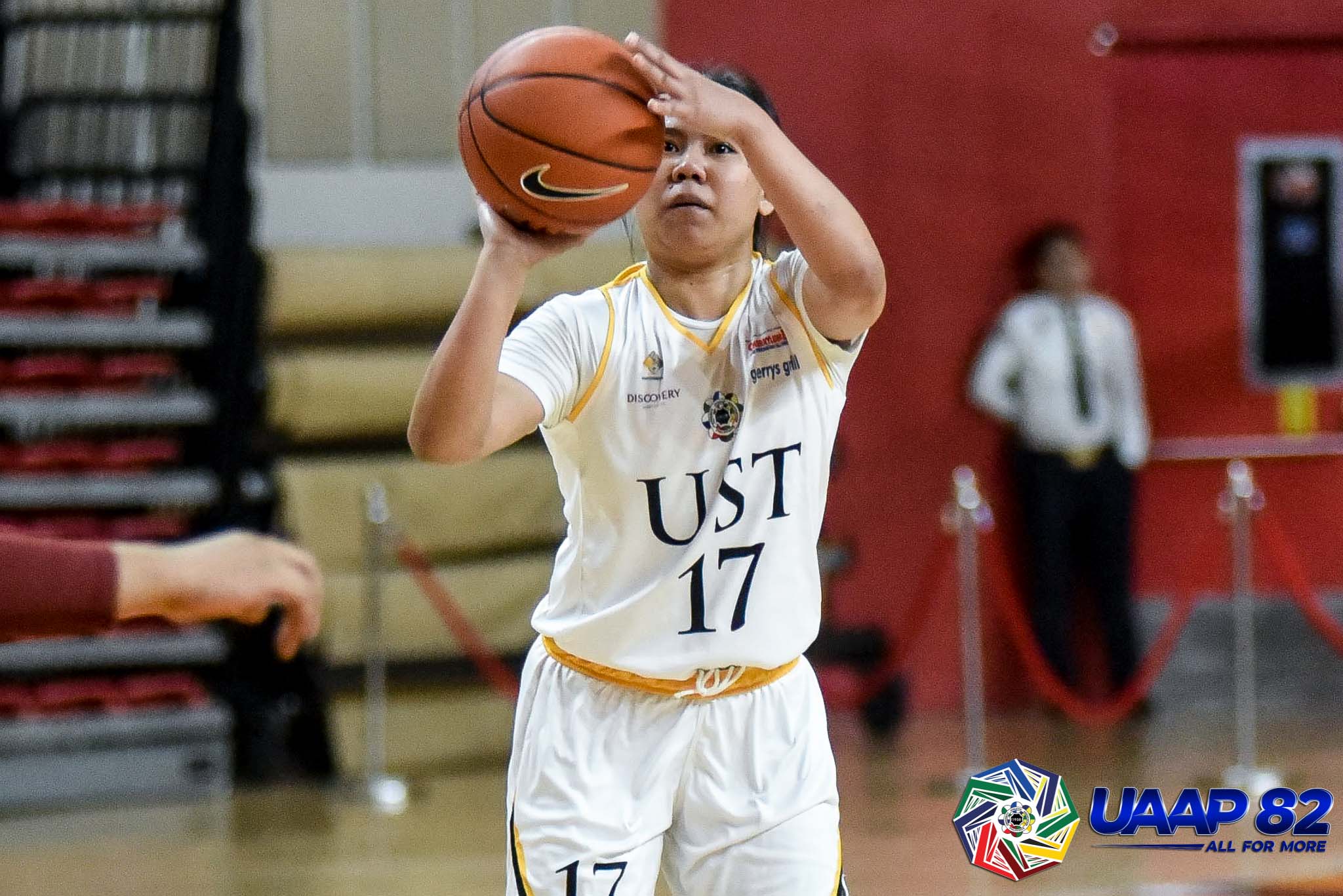 University of Santo Tomas pulled University of the Philippines down from cloud nine with a harsh, 72-40 reality check in the UAAP Season 82 Women’s Basketball Tournament, Wednesday at the Quadricentennial Pavilion.

Tacky Tacatac instigated the whipping, tallying 15 points and a season-high nine steals to steer the Growling Tigresses to their seventh straight win.

The Growling Tigresses limited the Lady Maroons to three single-digit quarters — eight in the first, nine in the second, and seven in the third. UP — which is coming off its first win in three years — shot just 28-percent from the field.

Leading MVP candidate Grace Irebu only played 19 minutes in the game, finishing with 15 points on 6-of-7 shooting from the field with eight rebounds and two blocks. Ferrer added 10 points and nine rebounds.

Pesky Pesquera was the sole double-digit scorer for UP, finishing with 14 points and nine rebounds. However, the graduating Lady Maroon was forced to commit nine errors.

UP dropped to 1-9 in the standings.