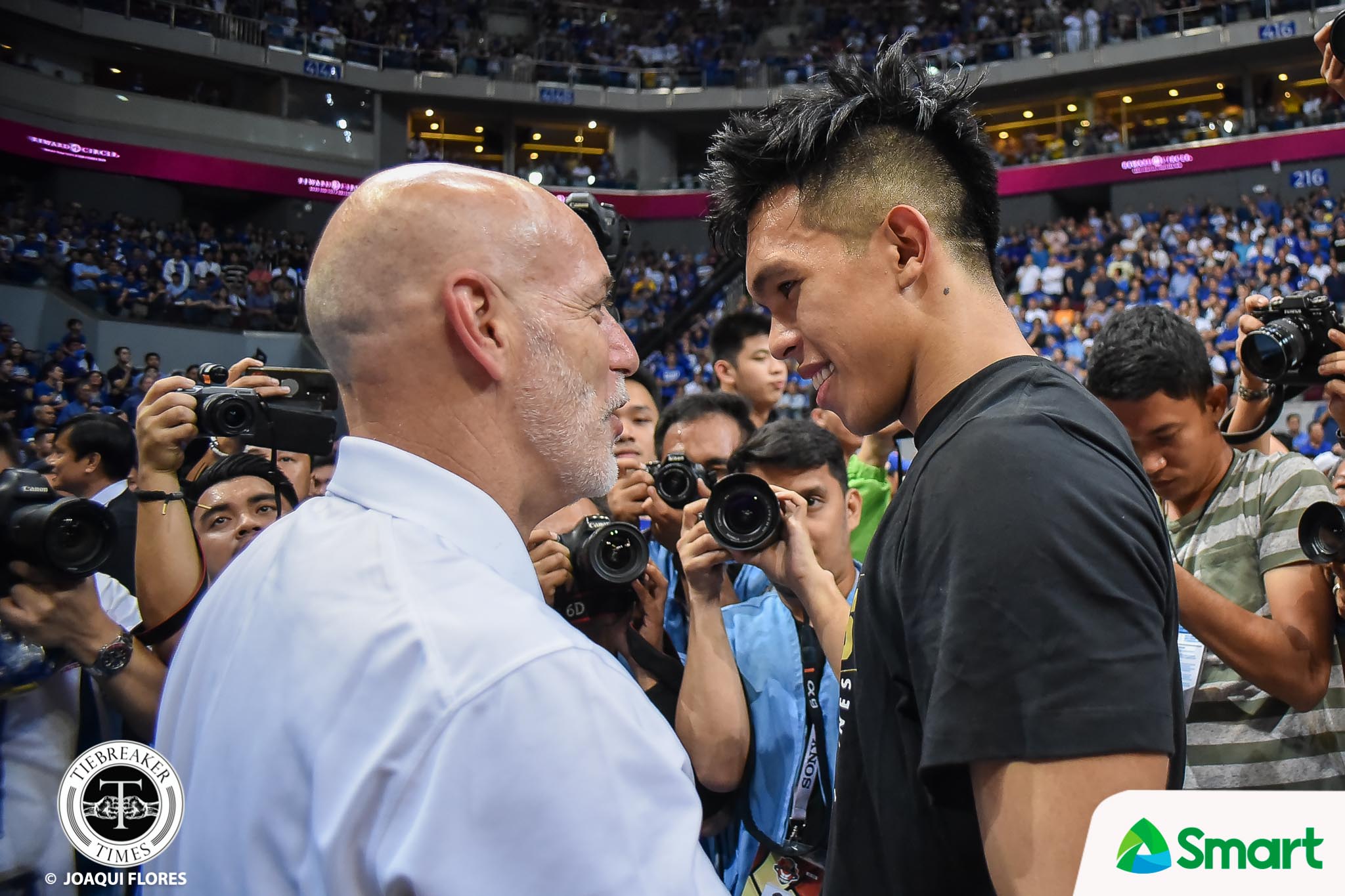 “Where do you want me to start?”

That was Thirdy Ravena’s answer when asked about decorated tactician Tab Baldwin’s advice before Ravena made his decision to play in Japan’s B.League.

Ravena, who spent his last four years in Ateneo with Baldwin, admitted that he had offers to play for clubs in Italy and New Zealand. But ultimately, what led him to sign with San-En was the opportunity to grow as a player.

“Honestly, he has given me advice ever since the season ended. He knew which direction I was heading. A lot of advice coming from his end,” shared the 23-year-old during his introductory press conference last Friday.

“Honestly, I wouldn’t know where I would be without him.”

Ever since Baldwin took over Ateneo back in 2016, the American-Kiwi tactician has only offered praise to his student-athletes during the end of the season. Even if a player had a good game statistically, he would often cite the mistakes they made on the floor to further fuel their fire.

“With Coach Tab, he was very honest with me. He told me which my mistakes were,” continued the UAAP’s only three-time Finals Most Valuable Player.

But if there’s one piece of advice from the Gilas Pilipinas program director that will forever stay with him, it’s to represent the country well — just as his older brother Kiefer has done all his life.

“His advice to me was just to represent, just like my brother.

“You just realize that you are bringing in Filipinos with you wherever you are going,” shared Thirdy, who will be the first-ever ‘Asian Player Quota’ import in the history of Japan’s premier league.