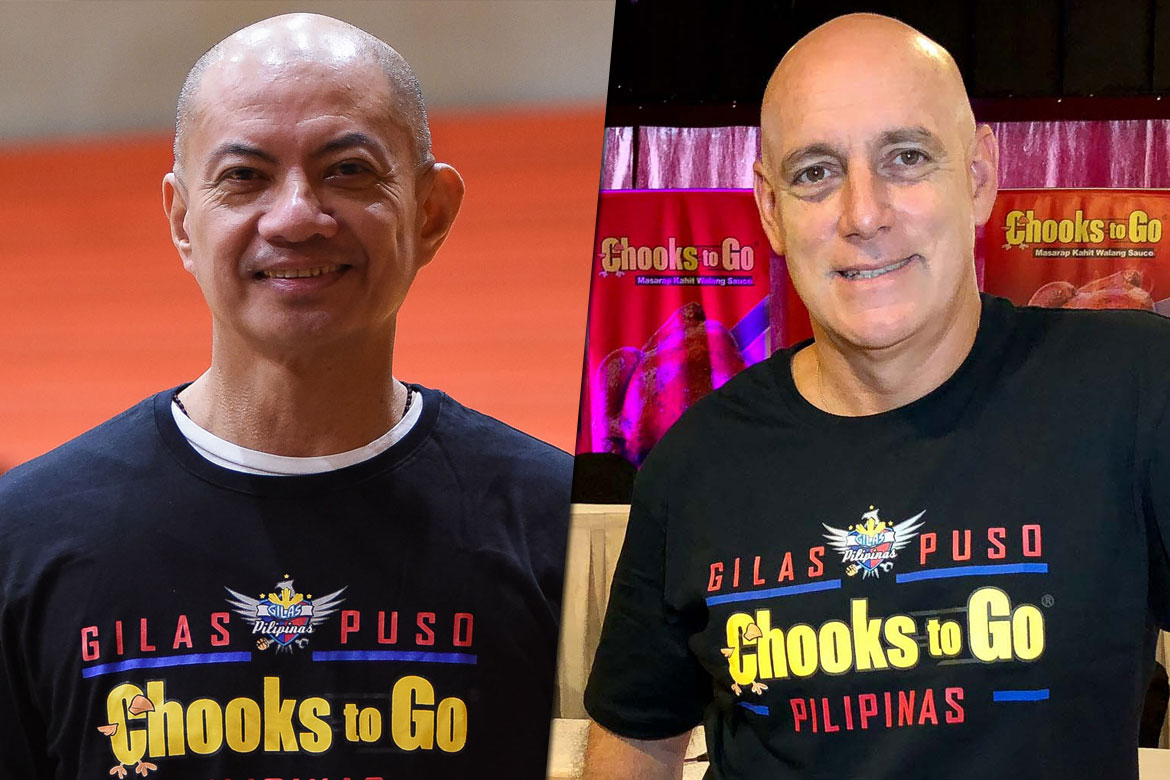 Out of the 50 VIPs present in Gilas Pilipinas’ closed-door game against Qatar on Monday evening, two were former mentors of the Philippine Men’s National Basketball Team.

Both Tab Baldwin and Chot Reyes were sitting in the lower box section of the SMART-Araneta Coliseum. And for the Kiwi head coach, watching a closed-door game is nothing new to him.

“I’ve been in closed doors before in Europe. Teams have been punished for various infractions and it’s not a good thing, but it’s one of the mechanisms that the governing body use,” shared the decorated mentor, who has been coaching since 1996.

“Nobody likes it – players don’t like it, the fans don’t like not having the opportunity to be here. It’s just the way it is.

“To have the opportunity to be here, I appreciate boss MVP [Manny V. Pangilinan] for inviting me. It’s good to be able to see the team,” the current head coach of the Ateneo Blue Eagles added.

The game itself was something of a sequel to what happened to Gilas in Tehran, Iran last Thursday. After shooting just 5-for-28 from downtown against the Iranians, the Philippines went just 3-for-32 from three-point range versus Qatar. Fortunately for Gilas, they were able to lock down the visitors in the second half to remain in solo third in Group F of the 2019 FIBA World Cup Asian Qualifiers.

“I thought even from the free throw line, it didn’t look good. The shooting percentage is, for Qatar as well, they shot well early,” recalled Baldwin, as Gilas missed seven free throws against Qatar.

“I think there’s something wrong with the rims,” he quipped.

“It was a tough shooting night, but they came out in the second half, set the tempo of the game, put pressure on Qatar, and it always should have been that way, and when they did that, you saw the turnaround of the score pretty quick,” said Baldwin, who steered Ateneo-Pilipinas to a gallant fourth-place finish in the 2018 William Jones Cup.

Baldwin knows how tough it is to handle a national team, especially in the Philippines, as the squad is often at the mercy of multiple clubs or schools and leagues.

That is why he is impressed with how Yeng Guiao has prepped this batch of Gilas during the Asian Games and in the fourth window of the Qualifiers.

“Yeng’s got them and he’s putting them together and developing chemistry. He’s working hard with the time that he has and it’s never an exact science when you’re a national coach to select the team,” opined Baldwin.

“I just think it’s not our job to question them but support them and he’s in that role and it can be a thankless job at times and I think it’s our job to support them. He’s chosen his group of guys and we should all get behind them.”

A debut to remember for Ben Mbala