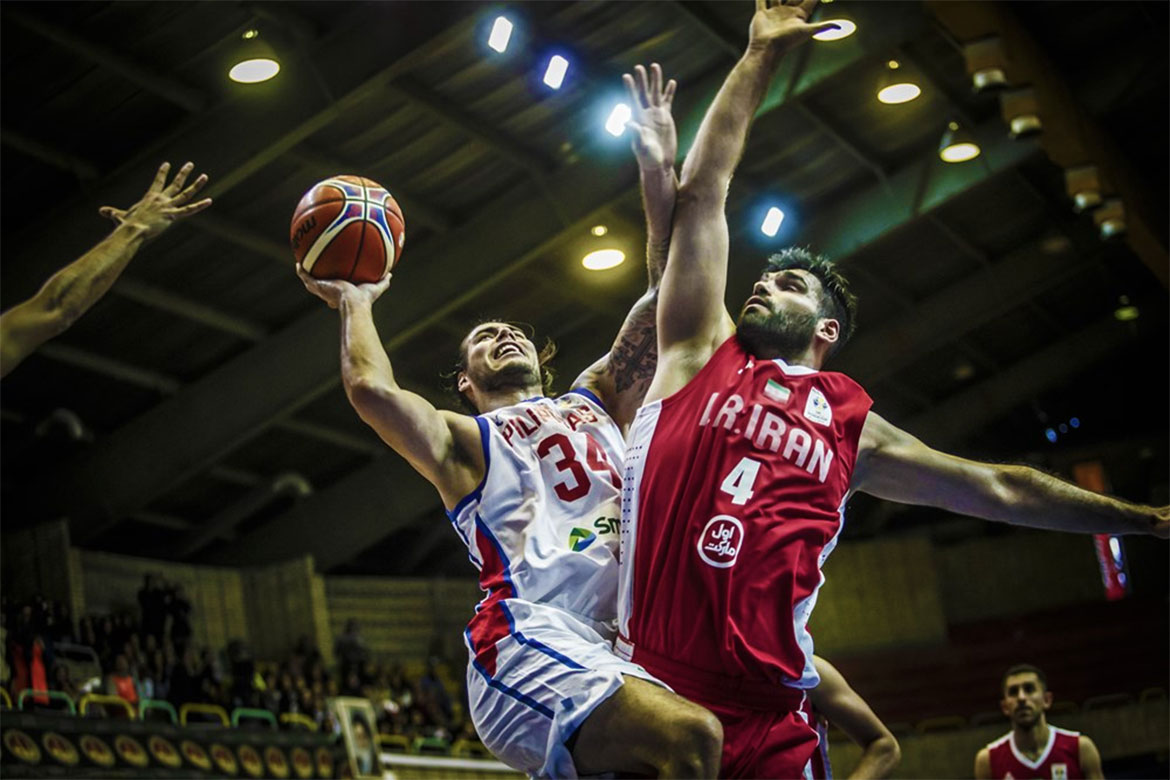 Entering this contest, this batch of Gilas Pilipinas was a mystery to Iran. But the Iranians were hiding something else as well.

In a highly physical game, the Philippines could not contain the shooters of Iran late, falling 73-81, Thursday evening at the Azady Gym in Tehran, Iran.

This is Gilas’ third loss in the tournament, falling to 5-3 in the 2019 FIBA World Cup Asian Qualifiers.

Christian Standhardinger towed the Philippines with 30 points and 12 rebounds.

Iran’s unfamiliarity with this batch of Gilas was evident in the early-goings of the contest. The Filipino dribblers surprised the home team by managing to come back quickly from small deficits.

The Iranians flaunted their wits later on. From a 58-all deadlock late in the third quarter, they scored five straight for a 63-58 lead. Then the 2018 Asian Games silver medalists got things going.

Iran zoomed to a 14-5 rally in the fourth quarter – ended by a pair of free throws – for their first double-digit lead of the match, 77-66, with 2:46 left, which was more than enough to close the door on the visiting Filipinos.

READ  Troy Rosario to play on despite finger injury

The mystery Iran was hiding was Haddadi’s status for the game. The 7-foot-2 Iranian, who was nursing a groin injury, only entered the game with 58 ticks left.

Gilas will next face Qatar at the SMART-Araneta Coliseum on Monday, September 17. The game will be held behind closed doors coming from FIBA’s sanction to the Philippines stemming from the Gilas-Australia Boomers brawl last July 2.

The next time these two squads face off will be on December 3 in Manila.

Things get physical between Gilas and Iran