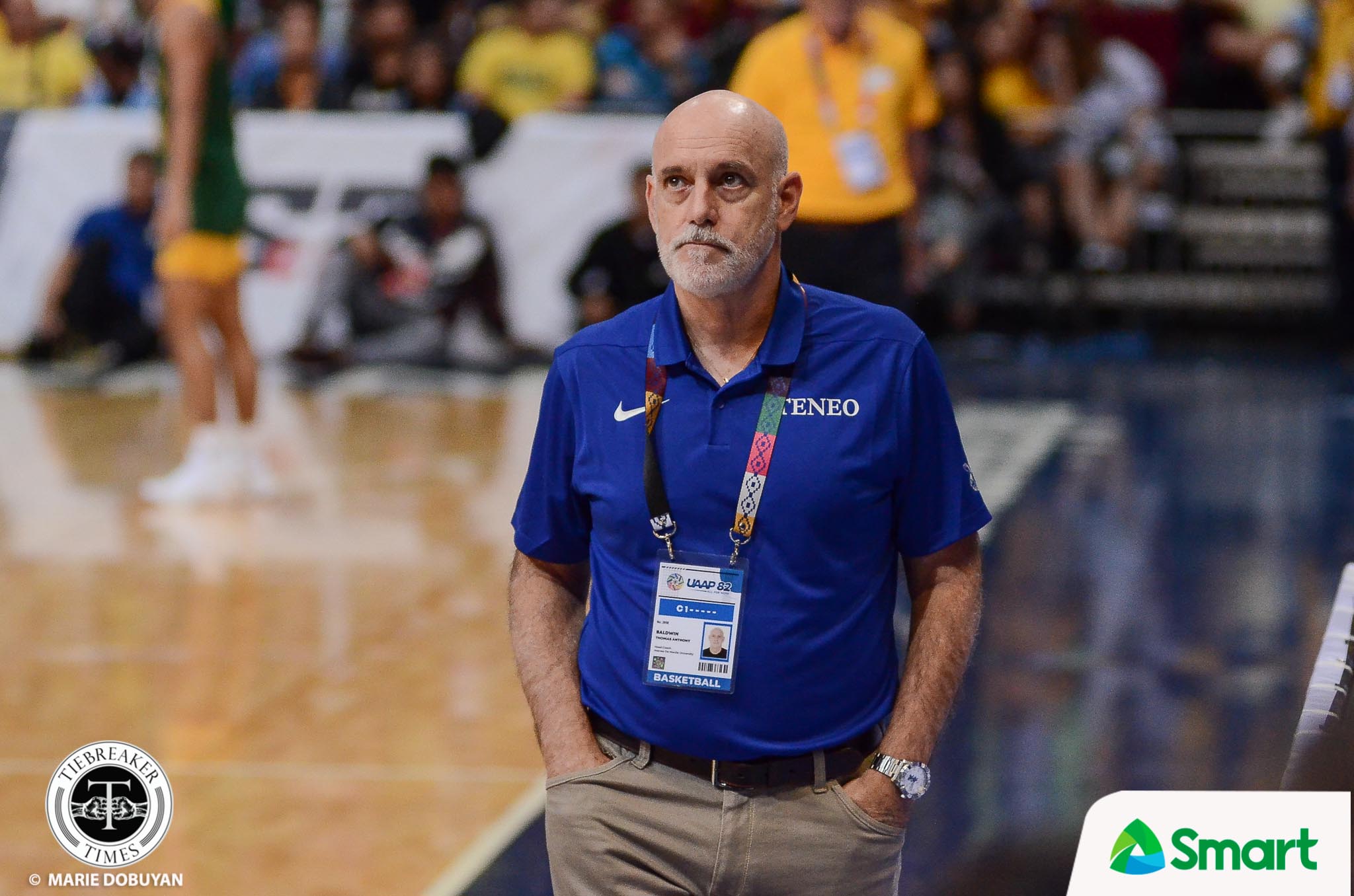 Prominent Ateneans, businessmen, and entrepreneurs have made offers to Gilas Pilipinas program director Tab Baldwin, pledging to pay the fine imposed on him by the Philippine Basketball Association.

Though humbled by these extensions of goodwill, the 62-year-old American-Kiwi tactician, who has been residing in the country for the past seven years, politely declined.

For him, there’s a far bigger battle that those funds should go to — the country’s ongoing struggle against the coronavirus (COVID-19) pandemic.

“I am deeply humbled by the offer of those of you in the Ateneo community, some friends from supportive companies and beyond to shoulder the cost of the fine imposed on me by the PBA,” expressed Baldwin, who suffered a PHP 75,000 bill and a three-game suspension by the PBA due to “comments detrimental to the league”.

“However, and especially in these times that are so difficult for so many Filipinos, I would prefer that these generous offerings be donated to a much more important cause, like Ateneo’s on-going COVID-19 drive for the country’s frontliners. At this trying time, these funds will be of great benefit to them and be useful in a much more vital manner.”

Two of the many drives Baldwin and the Blue Eagles have been supporting are the fund and goods raising drives of Simbahang Lingkod ng Bayan and Tanging Yaman Foundation, Inc. All of the funds raised by the two organizations directly go to the medical frontliners and vulnerable communities affected by the pandemic.

During the first episode of podcast Coaches’ Unfiltered, Baldwin — who steered New Zealand to the 2004 Olympics — made suggestions on how Philippine basketball can improve. But his comments were not taken too kindly by the league and some of the local coaching community, which resulted in the fine by the big league.

Baldwin, who is listed as an assistant coach at TNT, has since apologized to the league and to everyone who felt  offended.

The current Ateneo head coach said that he is capable of shouldering the fine. Moreover, he remains grateful for the opportunities given to him by sports patron Manny V. Pangilinan.

“I have been in the employ of Boss MVP for over five years now, and through the course of that time and his contractual support of me, I am more than capable of handling my responsibility as it relates to this PBA fine. I continue to be grateful for the opportunity to coach teams supported by Boss MVP and our group, and I look forward to more successes on the court.”