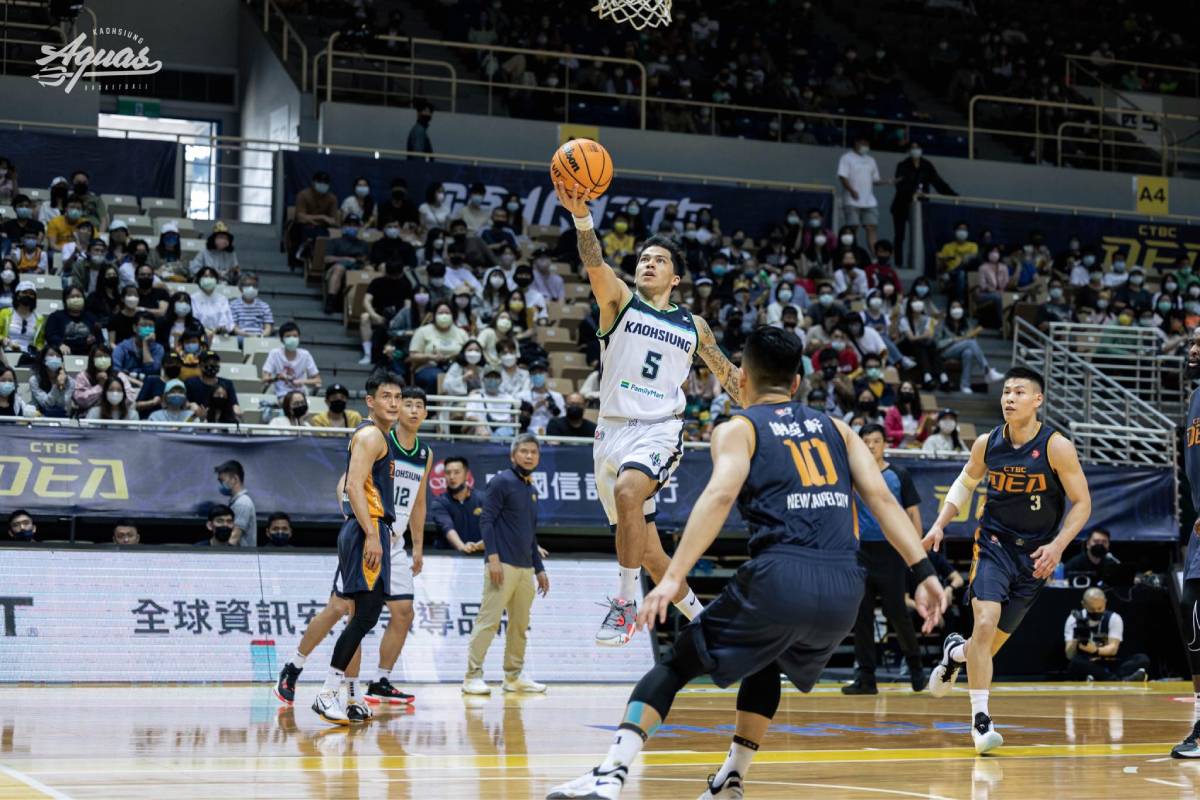 Brickman’s efficiency and on-court wizardry were seen on full display after posting 17 points, six rebounds, and a game-high 14 assists while shooting 80-percent from the field.

Aquas had an early 43-24 advantage at the end of the opening frame thanks to Brickman’s excellent playmaking. He had eight assists in the first canto alone.

Avery Scharer and Aaron Epps had a combined 23 of New Taipei’s 33 points in the second quarter which helped cut the deficit to 13, 70-57, going into the second half.

Kaohsiung then again stepped on the gas in the second half after a 26-13 third quarter. The lead grew by as much as 32 before the Aquas eventually wrapped it up to a 123-92 victory.

Mindaugas Kupšas led the way for Kaohsiung with 22 points and 14 rebounds. Wu Yibin had 20 markers with 8-9 shooting. Ferrakohn Hall and Yu Chunan had 16 and 15 respectively coming from off-the-bench duties.

Epps led all scorers with 26 while also adding nine boards, while Filipino-American Scharer was seen on both ends of the floor with 22 points, four rebounds, three dimes, and six steals.

Kaohsiung is still at the top of the standings with 19-6. Meanwhile, New Taipei dropped to 14-11 to remain in fourth place.

Aquas will face Ghost Hawks, while New Taipei will be facing Jordan Heading and the Suns both on April 16.