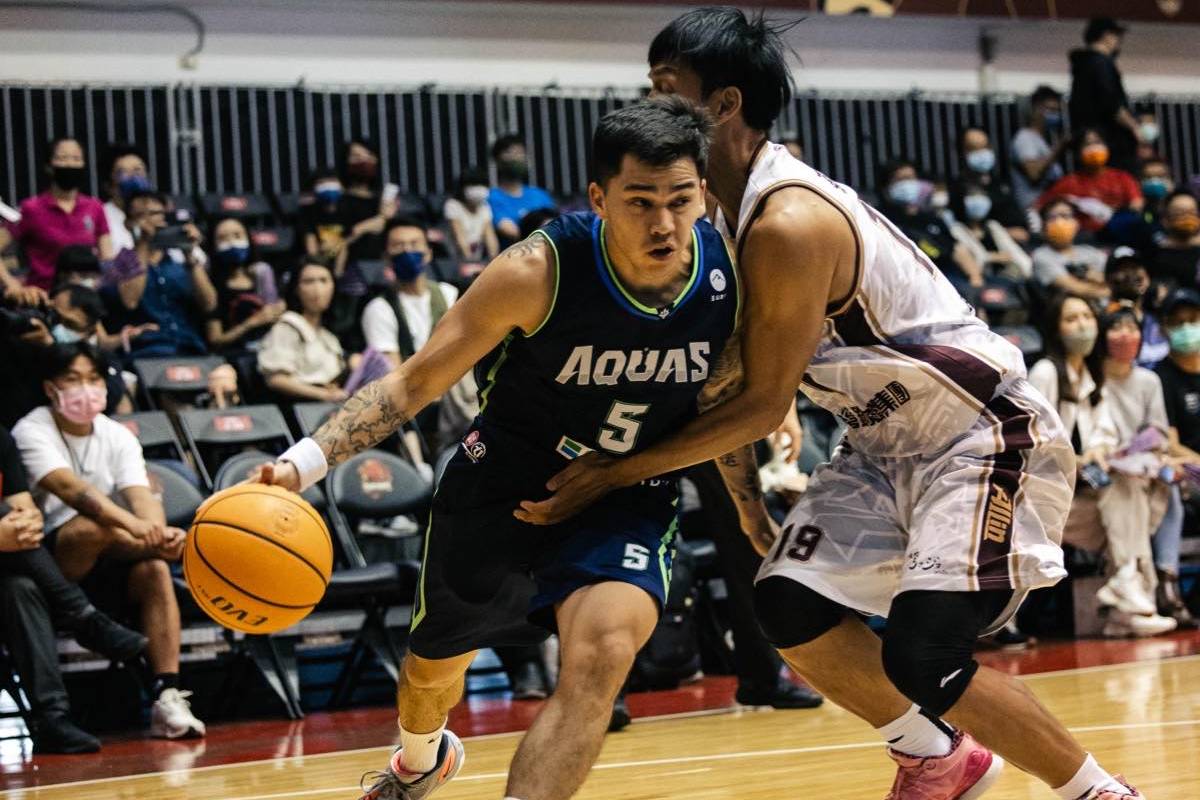 Jason Brickman’s season-high in the 2021-22 T1 League season was spoiled after the short-handed Kaohsiung was upset by Tainan, 76-91, Saturday night at Chia Nan University of Pharmacy and Science Shao Tsung Gymnasium

Brickman, a 6-foot Filipino-American floor general, had to carry the scoring cudgels for the Aquas as the team opted to sit out Mindaugas Kupšas and Ferrakohn Hall in the non-bearing game for the top-seeded team (21-7).

On fire was Brickman in this contest, tying his season-high 29 points while shooting 43-percent from the field, together with six rebounds and four assists.

The Aquas though struggled all throughout the game with no player scoring over 10 points. The team only shot a little above 40-percent from the field and 21-percent from beyond the arc.

The former ABL finals MVP started off hot scoring 13 of Kaohsiung’s 19 points in the first. Still, Aquas trailed by one, 19-20.

Tainan started to step on the gas, scoring 54 points in the second and third canto. They led by nine to enter the final quarter.

Brickman’s three-ball cut the deficit to seven, 73-80, midway through the deciding quarter. From there, Ghosthawks took over with an 11-3 run that was enough to upset Kaohsiung.

Tainan went up to 6-21, just 1.5 games behind Taoyuan for fifth and the last play-in spot. This is the Ghosthawks’ first franchise win over the Aquas in six games as well.

Will Artino had an all-around performance with 17 markers, 25 rebounds, and nine assists; while Lu Chi-Erh led the scoring for Tainan with 17.

#ReadMore  Jimmy Alapag admits he's a fan of Jason Brickman: 'He’d be one of the best point guards in the PBA'

Naturalized Indonesian Lester Prosper also finished with a double-double coming off the bench with 18 points and 13 boards.

Xavier Alexander added 10 points while adding 13 rebounds for the Aquas.

Next up for Kaohsiung is Taoyuan on May 1 at Chung Yuan Christian University Gymnasium.