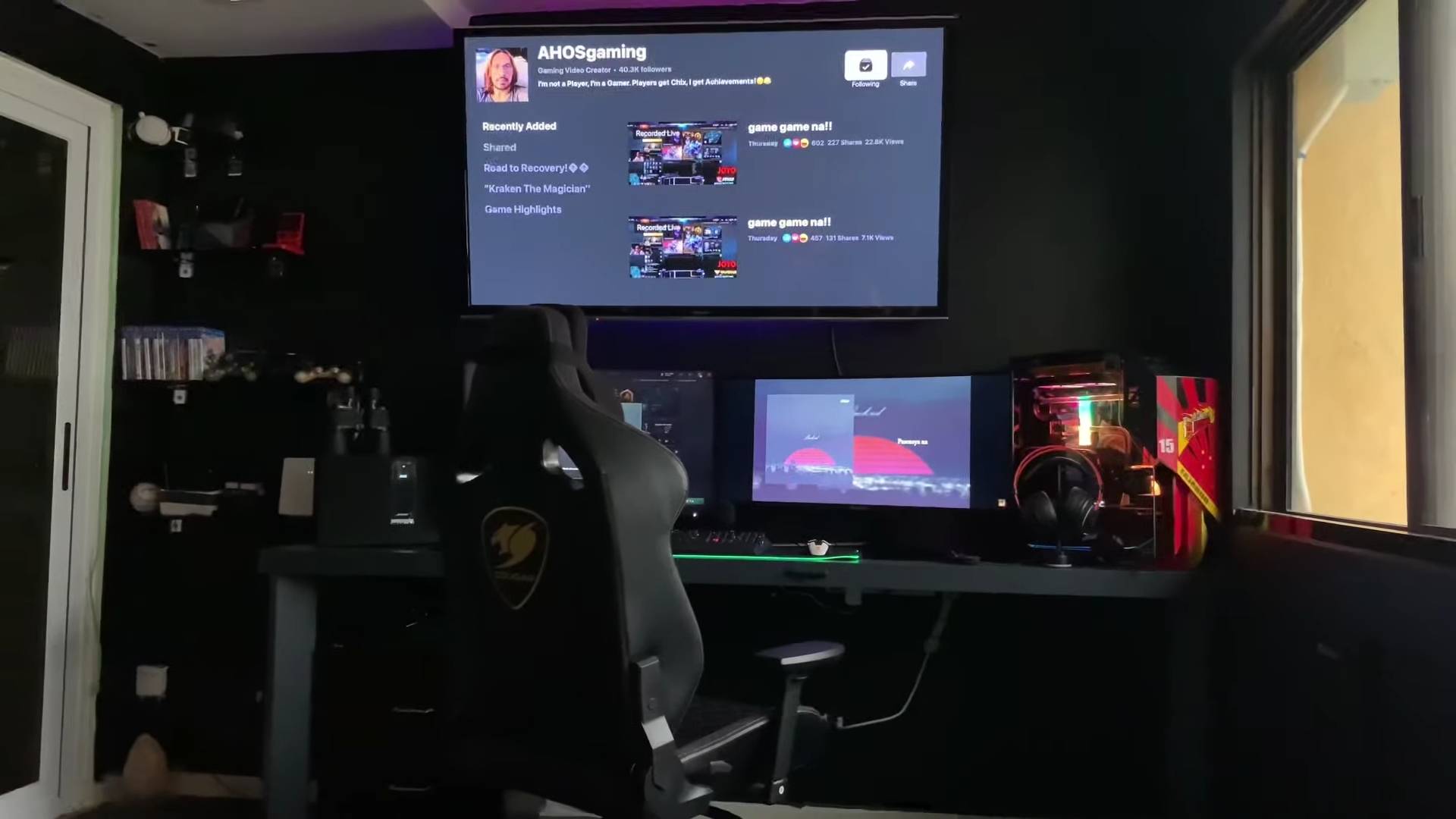 With over a hundred thousand subscribers, there’s no denying how successful June Mar Fajardo’s AHOS gaming has turned out to be.

His YouTube channel alone has over 108,000 subscribers, and the reigning six-time PBA Most Valuable Player has been profiting off it nicely — so much so that he was able to launch his start-up Kraken Apparel last May.

On the other hand, his Facebook page, where he does most of his gaming live streams, has 105,212 followers as of this publishing.

Being in touch with the gaming community has also made him, even more, admired not just by his fellow Pinoys — remember when OG posted a meme due to his resemblance with midlaner Topias “Topson” Taavitsainen?

But while most people see the success Fajardo has been enjoying with AHOS Gaming, some do not know, perhaps, is how it all began.

In a guest appearance in 2OT, presented by SMART Friday, the 31-year-old revealed that he felt depressed during the early months of his recovery from the gruesome shin injury he suffered back in February of 2020.

It was definitely a tough situation to be in for anyone, but Fajardo simply thought of a way to somehow, someway, alleviate the mental stress he was going through. And so, he decided to come up with a page to stream.

He would stream his DOTA 2 and Call of Duty games. He also played Mobile Legends while in his downtime, he would boot up his PlayStation and Xbox.

So, around April, AHOSgaming was born on FB, with the aim of not just interacting with other gamers but also to create a safe environment for those involved — or what the page’s cover photo says, “Good vibes only.”

But more than the success of AHOSgaming, what the San Miguel Beermen star really appreciates the most in his endeavor is how it helped him cope with what he described as the lowest point of his life.