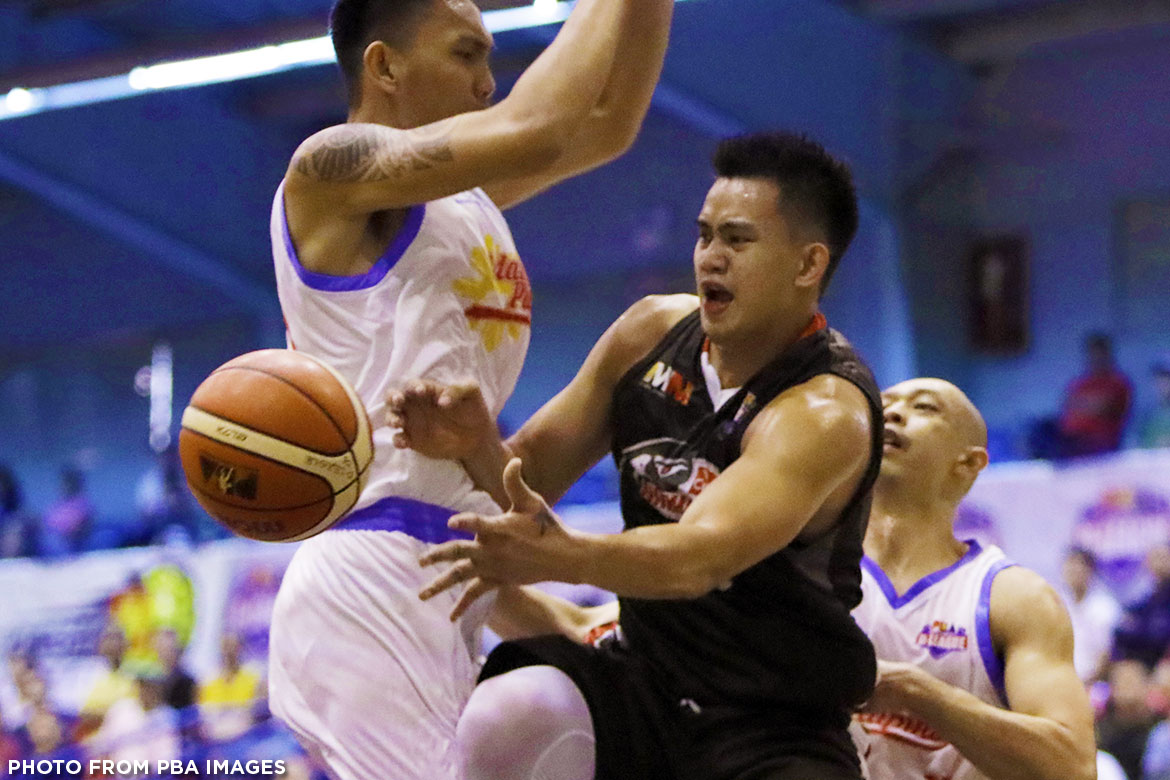 The past two months have been tough for Raymar Jose, as he has to fulfill double duties with the Cignal HD Hawkeyes and with Gilas Pilipinas. Given that, the 24-year-old admitted that his duties with the former were being sacrificed.

“‘Di ako nakakapunta sa practice kasi siyempre kailangan ko pumunta sa Gilas,” shared the workhorse out of Negros Occidental, who has been attending the Nationals’ practice on a regular basis since June 20 and also suited up in the 38th William Jones Cup in Taipei, Taiwan.

That is why the Far Eastern University product did his best to make up for lost time with the HD Hawkeyes. And he made sure to give his team a performance to remember Tuesday afternoon, in Game Two of their semis clash with Marinerong Pilipino.

The six-foot-six banger played the way he does, posting a game-high 24 markers, 11 points in the final frame, on an impressive 6-of-10 shooting alongside 11 rebounds in just 20 minutes and 11 seconds of action.

With his stellar play — a performance that made up his absences in Cignal’s practices — Jose helped the HD Hawkeyes obliterate the Skippers, 87-64, to book the first seat in the 2017 Foundation Cup Finals.

Even HD Hawkeyes head coach Boyet Fernandez was amazed by the effort Jose puts in every given time.

“I really appreciate the guy. I’m happy for him,” said the winningest D-League coach.

This will probably be Jose’s last game with Cignal, as he has to fly with the national dribblers to Kuala Lumpur, Malaysia, on Friday, for the 2017 Southeast Asian Games.

But if he had his way, Jose, as expected, would want to play in the title bout.