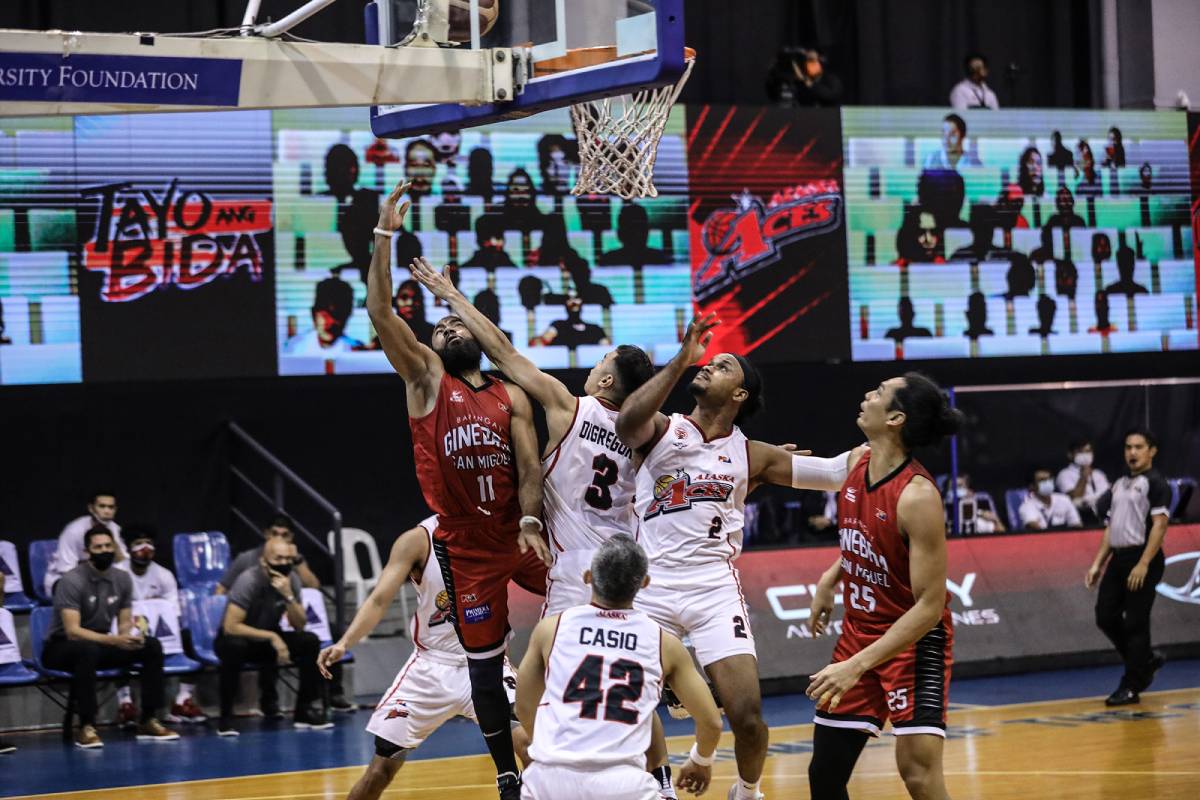 The 6-foot-1 guard finished with 31 points, including seven straight that flipped a two-point deficit to an 82-77 advantage with 1:19 left to play before luck sided the Gin Kings afterward that assured them the victory.

“It’s such a luxury to have a guy like Stanley on your team who can do so many things,” said Coach Tim Cone. “The good thing about Stanley is he’s not a spoiled superstar. He doesn’t think about himself at any moment.

“He’s really easy. Follows instructions, he does all the work, shows up at every practice, he just doesn’t have that superstar attitude. Plus, he’ll take on the tough defensive assignments, too,” he added.

Japeth Aguilar and Aljon Mariano each had 14 points as Scottie Thompson made 11 points, 10 rebounds, and six assists to help Ginebra cop its fifth win in seven games and close in on a quarterfinal berth.

The Barangay, though, saw itself down 13 early in the match but Thompson, Mariano, and veteran winger Jeff Chan joined hands in the third quarter to give their side a 61-52 lead with 1:13 on the clock.

The Aces, however, erased that deficit and regained the upper hand after Vic Manuel scored four straight, including a bucket off a foul, to give them the 77-75 lead with 3:32 remaining in the final frame.

But then, Pringle took over, although Alaska showed some signs of life when a Mike DiGregorio jumper and a Rodney Brondial tip-in trimmed the deficit to just three points, 81-84, with 34.5 seconds left.

However, the breaks of the game veered away from them when a battle for the rebound initially won by Brondial — and the possession to Alaska — was overturned after reviews showed he was the last to touch the ball.

That could have changed the game’s complexity but lucky indeed were the Gin Kings. LA Tenorio then split his freebies with 10.6 seconds left before Pringle made his own foul shots two seconds later to settle the final count.

“We played terrible in the first half., and that was totally on me,” Cone said. “We tried out some new concepts, and we only had a couple of days to prepare for, and we weren;t comfortable running it in the first half and it showed.”

“And then we went back to playing Ginebra basketball in the second half and went back to what we were doing in the past couple of years, and thankfully, the players saved me,” furthered the league’s most accomplished mentor.

The Gin Kings have collected their fifth win of the tilt, and will have a chance to formalize their entry into the quarterfinals versus the struggling NorthPort Batang Pier tomorrow, Wednesday, Nov. 4, at 6:45 p.m.

Alaska, meanwhile, will round up its elimination round campaign versus the Batang Pier on Friday, Nov. 6, and NLEX on Monday, Nov. 9. At 5-4, it would need one more win to secure a quarters berth.