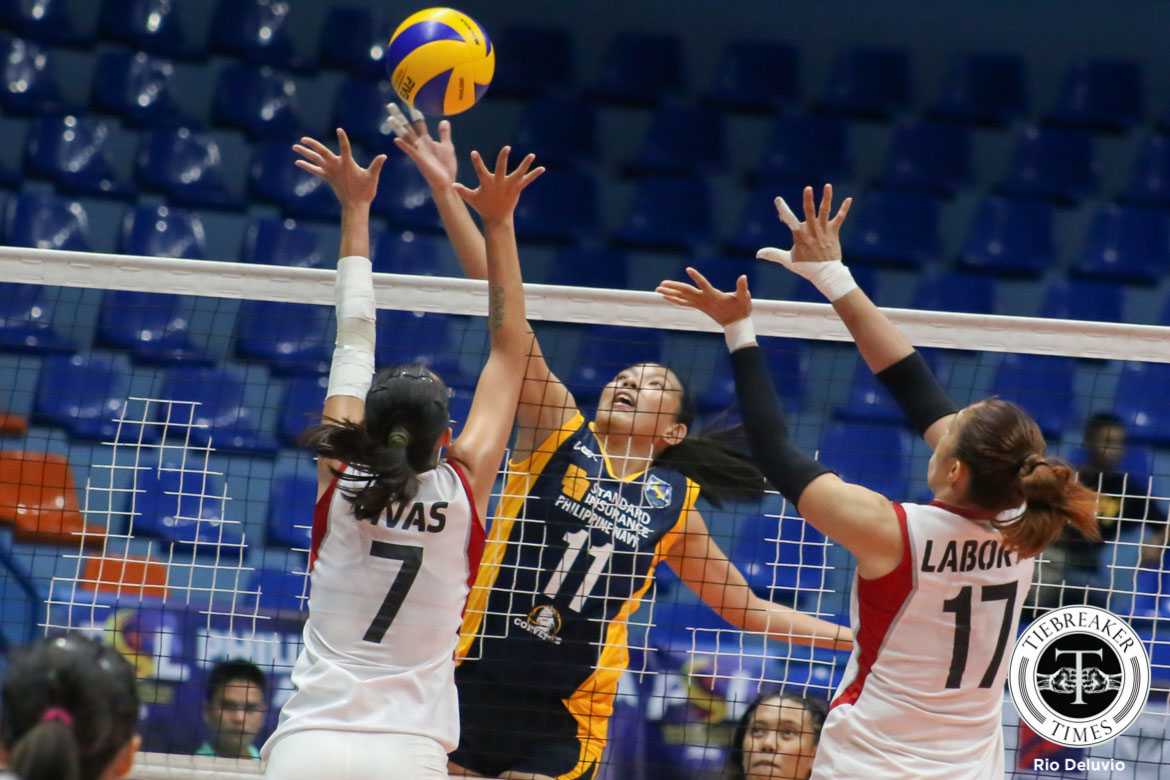 It was a bad day for the Cignal franchise.

After their men’s team was swept in the Finals series over at the Spikers’ Turf, the Cignal HD Spikers suffered a crushing blow in a grueling five set match against the streaking Standard Insurance-Navy Lady Corvettes, 36-38, 25-22, 17-25, 25-20, 15-8, Wednesday evening at the Filoil Flying V Centre in San Juan City.

Navy, behind Soriano, were able to bounce back in the second set but were in danger of dropping another game as Cignal bounced back with a strong third set performance.

The Lady Corvettes went down early in the fourth set, 6-1. Slowly, Lilet Mabbayad willed her team to make a comeback that eventually tied the game at 10-all. The rally continued for Navy as errors mounted for the Sammy Acaylar-mentored squad. Sabete was able to find the hole twice before a long return by Cignal’s Cherry Vivas sent the game to a fifth and deciding set.

Fatigue had already set in for Cignal by the fifth set as Navy were able to gain a 7-1 edge. Consecutive net touches by the Lady Corvettes, followed by a couple of drops by Jeanette Panaga, cut the lead to just two, 7-5. A quick timeout by Navy gathered the “nervous” Lady Corvettes. Navy were able to surge ahead afterwards, capped by an off-speed attack by Mabbayad to seal the deal.