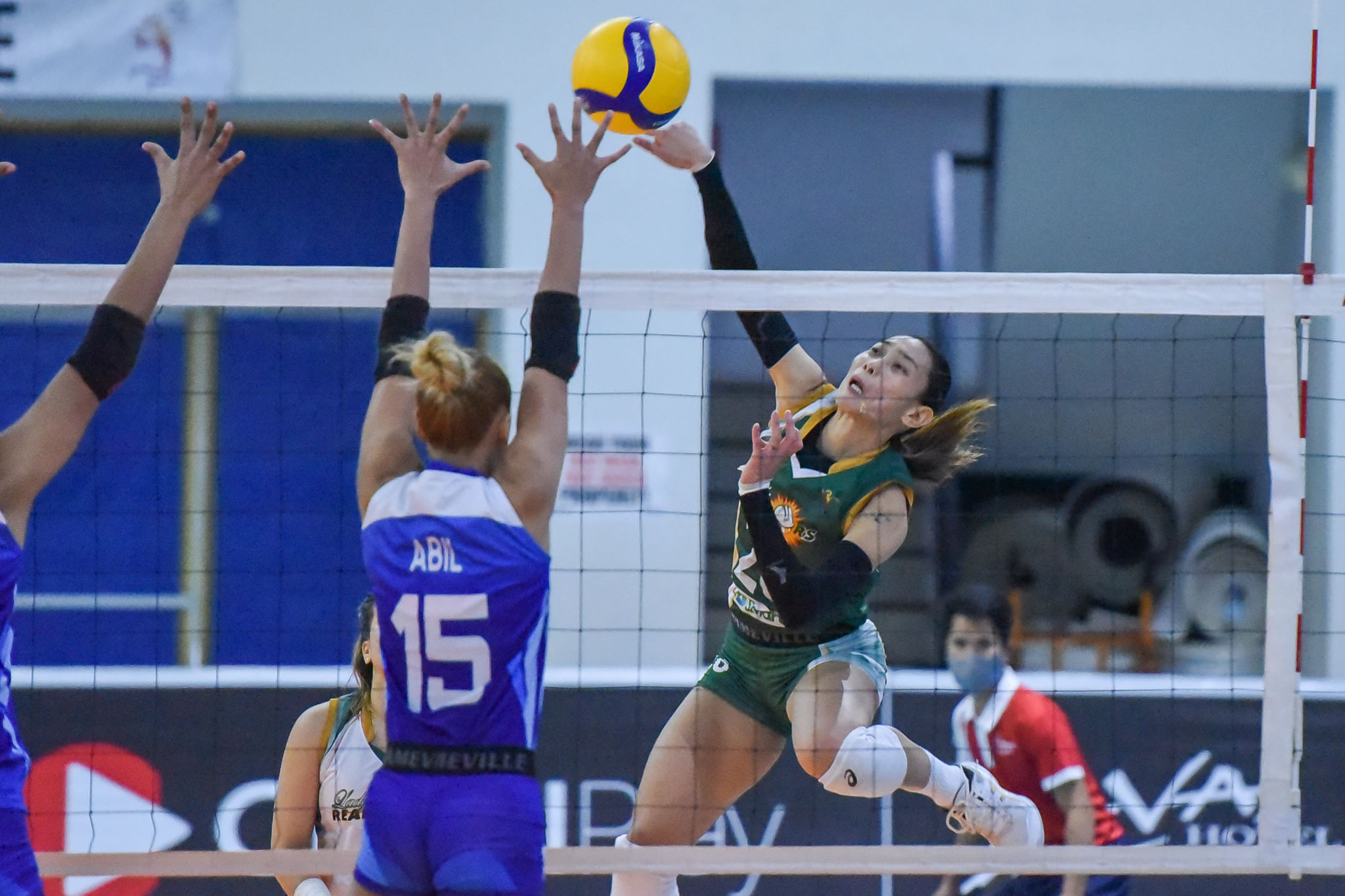 BACARRA, ILOCOS NORTE — The red-hot Sta. Lucia led by Jonah Sabete surged to its third-straight win at the expense of skidding BaliPure, 25-15, 25-12, 25-14 in the Premier Volleyball League Open Conference, here at the PCV Socio-Civic and Cultural Center, Sunday evening.

The win kept the Lady Realtors in the running for a semifinals slot with a 4-3 standing at fifth place.

Sta. Lucia raced to a seven-point advantage in the third set, 18-17, capped off by a kill from Dell Palomata kill and a block from MJ Phillips.

BaliPure stopped the bleeding through a block on Phillips in the ensuing play, but Phillips and Palomata answered right back to extend the lead to eight.

The Water Defenders managed to slice it to six, but unfortunately, that’s the closest that they could get.

An attack error from Bern Flora ended the match at 25-14.

Cheng led the offense with 20 excellent sets along with seven points.

On the other hand, no Water Defender reached double digits in scoring with Flora and Gen Casugod leading the squad with five apiece.

BaliPure’s road to the playoffs just got harder, as they dropped to a 2-4 standing to remain in seventh place.

Sta. Lucia will next go up against Perlas on Tuesday at 6:00 PM. Meanwhile, BaliPure will face Petro Gazz earlier in the day at 3:00 PM.