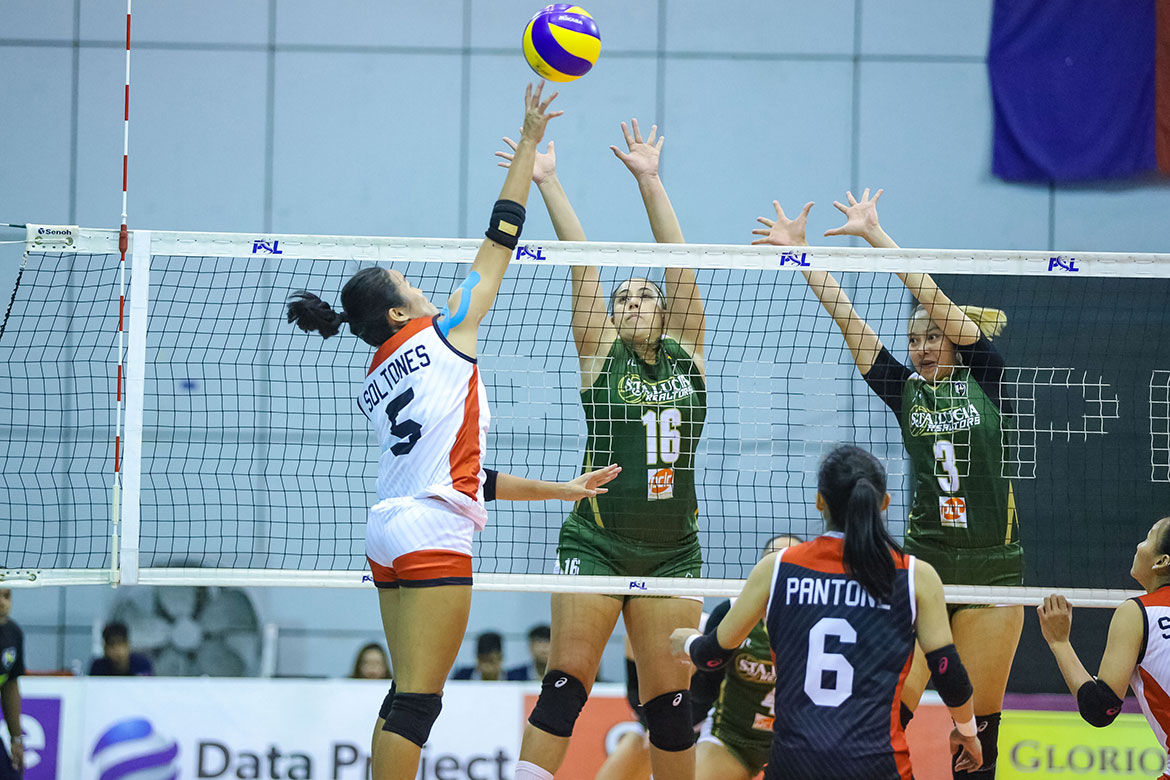 With Gretchel Soltones back in the fold, the PLDT Ultera Ultra Fast Hitters got their groove going. They belted the Sta. Lucia Lady Realtors with a straight-set whipping, 25-19, 25-19, 25-13, to barge into the winner’s column in the 2019 PSL Invitational Cup, Saturday at the Ynares Sports Arena in Pasig City.

Soltones was feeling under the weather during PLDT’s conference-debut that resulted in a loss to Cignal. This game, though, finished with 12 points. She also dispersed eight attacks, three service aces, and a kill block, while collecting eight excellent receptions.

Soltones steered her team in the second set. There, the Power Hitters let loose an 11-1 rally that overturned an 11-13 deficit to a 22-15 spread.

PLDT then sustained their momentum in the third frame as they coasted towards the breakthrough victory.

Gen Casugod chimed in six markers off the bench. PLDT playmaker Jasmine Nabor made her presence felt as well, supplying 18 excellent sets, 11 excellent digs, to go along with four points.

In all, Gorayeb is elated that his wards bounced back from a lethargic outing against Cignal a few days ago.

MJ Phillips did not play as she is still recuperating from an injury.

PLDT will try to build from this win when they face the Foton Blue Energy Tornadoes on Monday, September 30, at the FilOil Flying V Centre. On the other hand, Sta. Lucia look to get back on winning track when they square off against the Cignal HD Spikers on Tuesday, October 1, at the Santa Rosa Multi-Purpose Sports Complex.