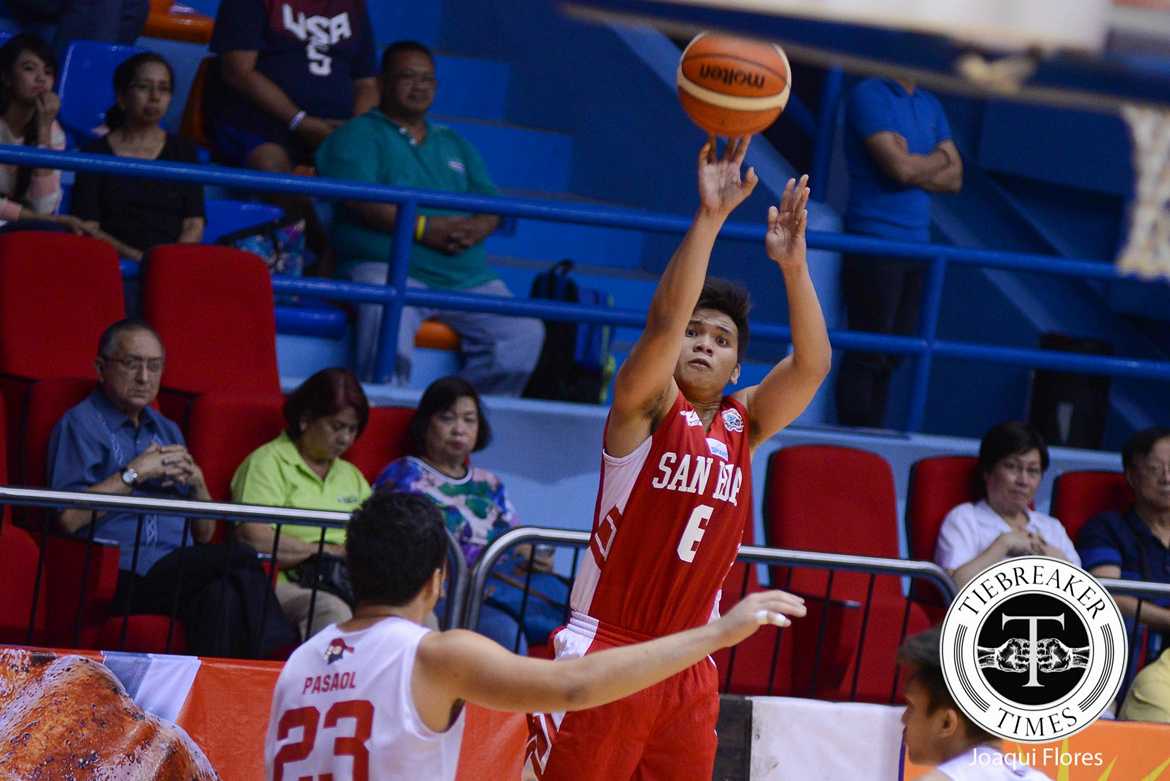 After a close first quarter that saw both teams knotted up at 21-all, sophomore AC Soberano knocked down five triples in the second frame in a 19 point first half outing to give San Beda a 52-33 lead in the first half. Moreover, the Red Lions forced their opponents to 13 turnovers that helped San Beda score 12 fastbreak points in the half.

“Well if we play like this for the entire basketball season, we can join the track and field team naman,” second year San Beda head coach Jamike Jarin said about the game. “The way we ran today was very fast and I’m hoping we could sustain it since we are playing three games in three days.”

The San Beda lead ballooned to a game-high 30 points in the third frame as King Lion Dan Sara and Davon Potts sparked the Beda rally. However, the pace of the Red Lion offense went down late in the game as the lead went down to 17 late in the final frame. Paul Varilla and Philip Manalang tried to will their team back but the lead grew too large. A triple by Potts and a late-basket by Donald Tankoua gave the Red Lions a 94-72 win.

“Right now we get a B+ with the way we played. I’m very happy with the way they played but it’s just the first game,” Jarin added. “I’m happy with what we have right now but we can still improve on rebounding, protecting the ball, free throw shooting. It’s a 40 minute game.”

For the Red Warriors, Paul Varilla was their leading man with 11 points and grabbed eight boards. Philip Manalang added ten markers while Alvin Pasaol cooled off from his hot start in the tournament in scoring just nine points.

As a team, San Beda shot at a high-clip in shooting 51 percent from the field compared to just 35 percent for UE. Moreover, the Red Lions knocked down 11 triples in the game and score 18 fastbreak points that proved to be the difference. 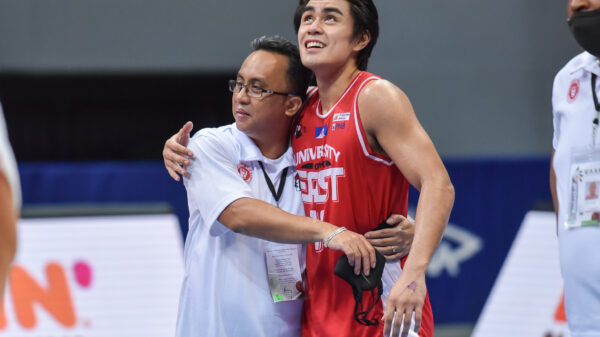 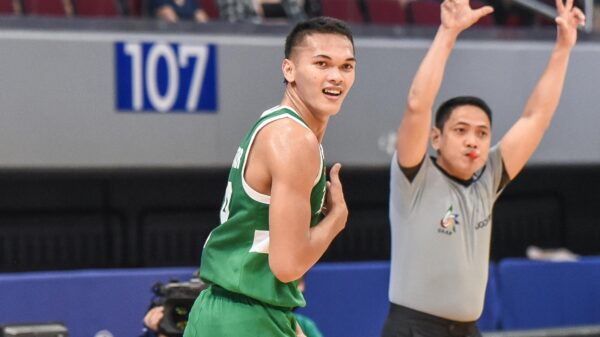