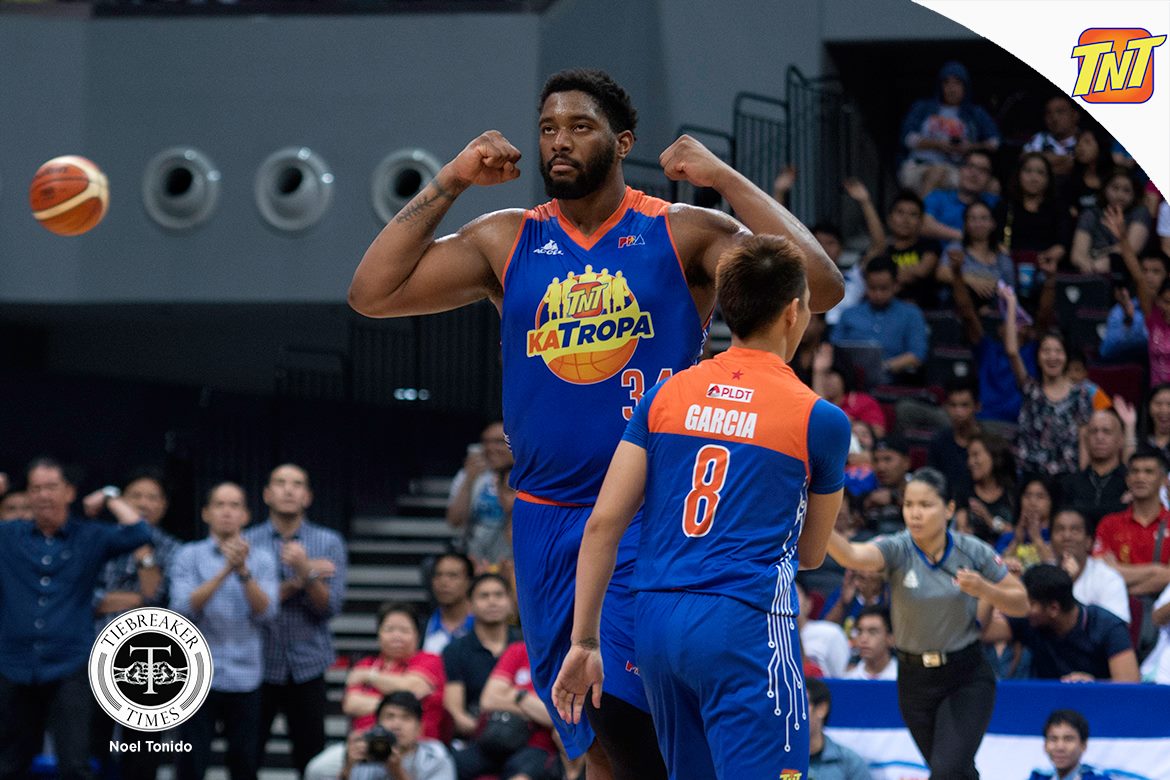 TNT Katropa head coach Nash Racela was all praises for import Joshua Smith last Friday night, in Game Three of their quarterfinal series against Meralco Bolts where they won, 104-96, in overtime at the SMART-Araneta Coliseum.

The hulking 25-year-old, the Katropa’s fourth import this Commissioner’s Cup, deserves all the recognition he got that night. He clearly ran the show, as he posted monster numbers of 31 points and 27 rebounds.

But just when everybody thought they had already seen the best version of Smith that night, the 6-foot-9, 330-pounder center made it known that he can do it once more — this time on the semifinal stage, against the Barangay Ginebra San Miguel.

In TNT’s 100-94 victory that sent them to a 1-0 lead in the race-to-three affair, the Seattle, Washington native plowed through all the Gin Kings’ defensive schemes on him and finished with a game-high 35 points and 13 rebounds.

“Well again, if you give him minutes, he will give you numbers,” said Racela regarding another remarkable night by the former Georgetown Hoya.

Making the former NBA D-Leaguer’s output more notable was the fact that he’d had a slow start in Game One. He only scored six in the first half, and was unable to play longer due to foul trouble as he was whistled twice.

“I was holding myself back.

“One thing is, you know, with the refs, I just gotta focus and I gotta play my game. I gotta know going out there that they’re not gonna help me and I can only help myself by playing good,” he said of his dismal start.

And as he regained his bearings, Smith made up for his slow start come the second half, scoring 18 and 11 in the third and fourth frame, respectively, giving the Barangay a tough time containing him.

But Smith is not just elated by the way he played. He is more enamored that they reigned triumphant, and are two wins away in clinching a slot in the finals.

No excuses from Brownlee after Game One defeat