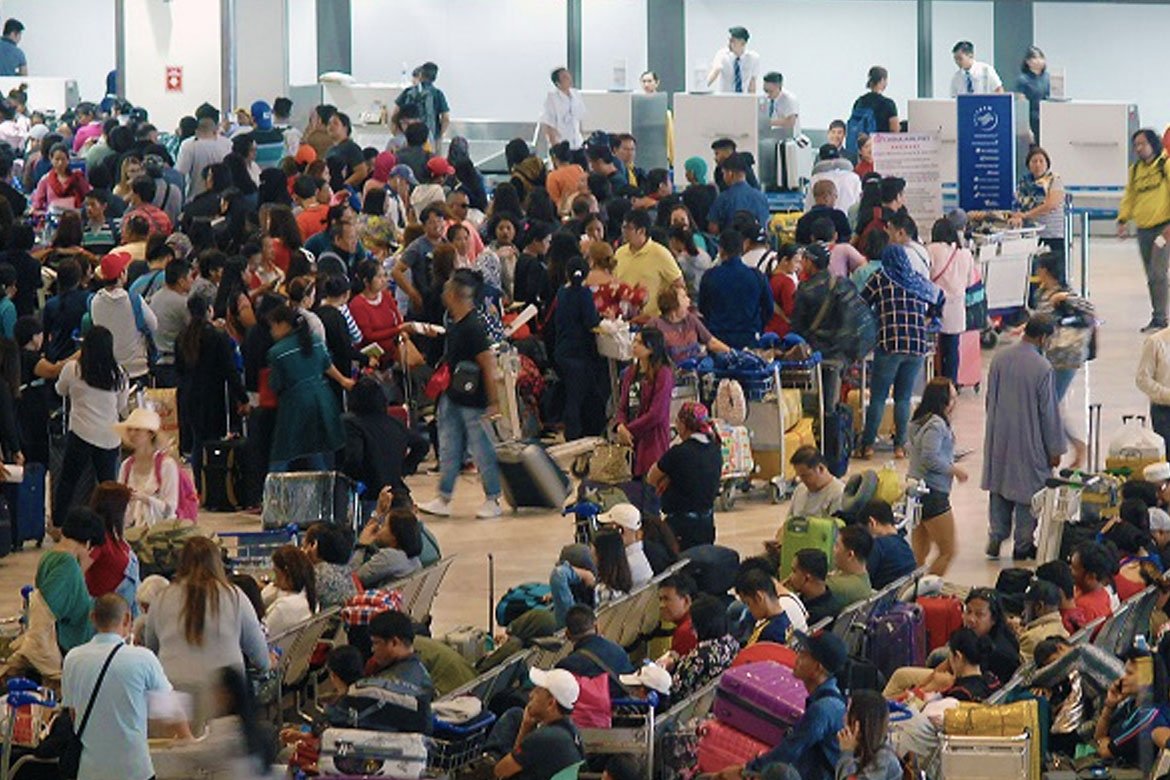 San Miguel Corporation (SMC) has started providing meals for some 274 passengers currently stranded and forced to camp out at the Manila North Harbor, due to inter-island travel restrictions under the Modified Enhanced Community Quarantine (MECQ) in Metro Manila and nearby provinces.

SMC president and chief operating officer (COO) Ramon S. Ang said that since Monday, August 10, the company had again mobilized its volunteers from its nearby SMC Better World Tondo community feeding center and food bank, to prepare and deliver lunch and dinner to the stranded passengers.

Since the COVID-19 pandemic struck, the company has been helping locally-stranded individuals (LSIs) stuck in the country’s ports by donating food and providing financial assistance.

Stranded passengers at the port are currently waiting for the resumption of travel schedules. They are mostly bound for Iloilo, Bacolod, Dumaguete, Ozamis, Cebu, Cagayan de Oro, Butuan, Zamboanga, and Coron.

“It’s unfortunate that they can’t get home right away, especially since many of them are Overseas Filipino Workers (OFWs) who can’t wait to see their families. But as we all have to abide by the restrictions of the MECQ for safety reasons, we felt we should just do what we can to help the LSIs,” said SMC president and chief operating officer Ramon S. Ang.

“That’s why we are again providing free meals everyday until all of them can go home. We hope that with some nourishment and relief, they will stay positive and healthy until they can make the trip home.”

Also recently, SMC provided some 8,000 pieces of nutribun to thousands of locally-stranded individuals at the Rizal Memorial Stadium, who were waiting to avail of the government’s Balik Probinsya program.

Most of the LSIs were also seafarers bound for Cagayan de Oro, Bacolod, and Iloilo during the said period. Each was also given financial assistance by Ang.

“Many people are having a hard time because of this pandemic, and if it’s within our capability as fellow Filipinos to help out, then we should do so. I thank our volunteers at our Better World Tondo feeding center for showing malasakit and kindness in helping out our countrymen.”

SMC established Better World Tondo in September 2019 to serve as a food bank and learning center for the poorest communities in Manila. Two other SMC Better World community centers have been established since.

SMC has been at the forefront of private sector efforts against the pandemic as the company’s response package has reached PHP 13.112 billion as of June 25.

Included in this amount are P516 million worth of food donations and P500 million for medical donations that include PCR testing machines, testing kits, and personal protective equipment.

No Agents Involved: Decision to go to UP was family’s, says Bis Lina