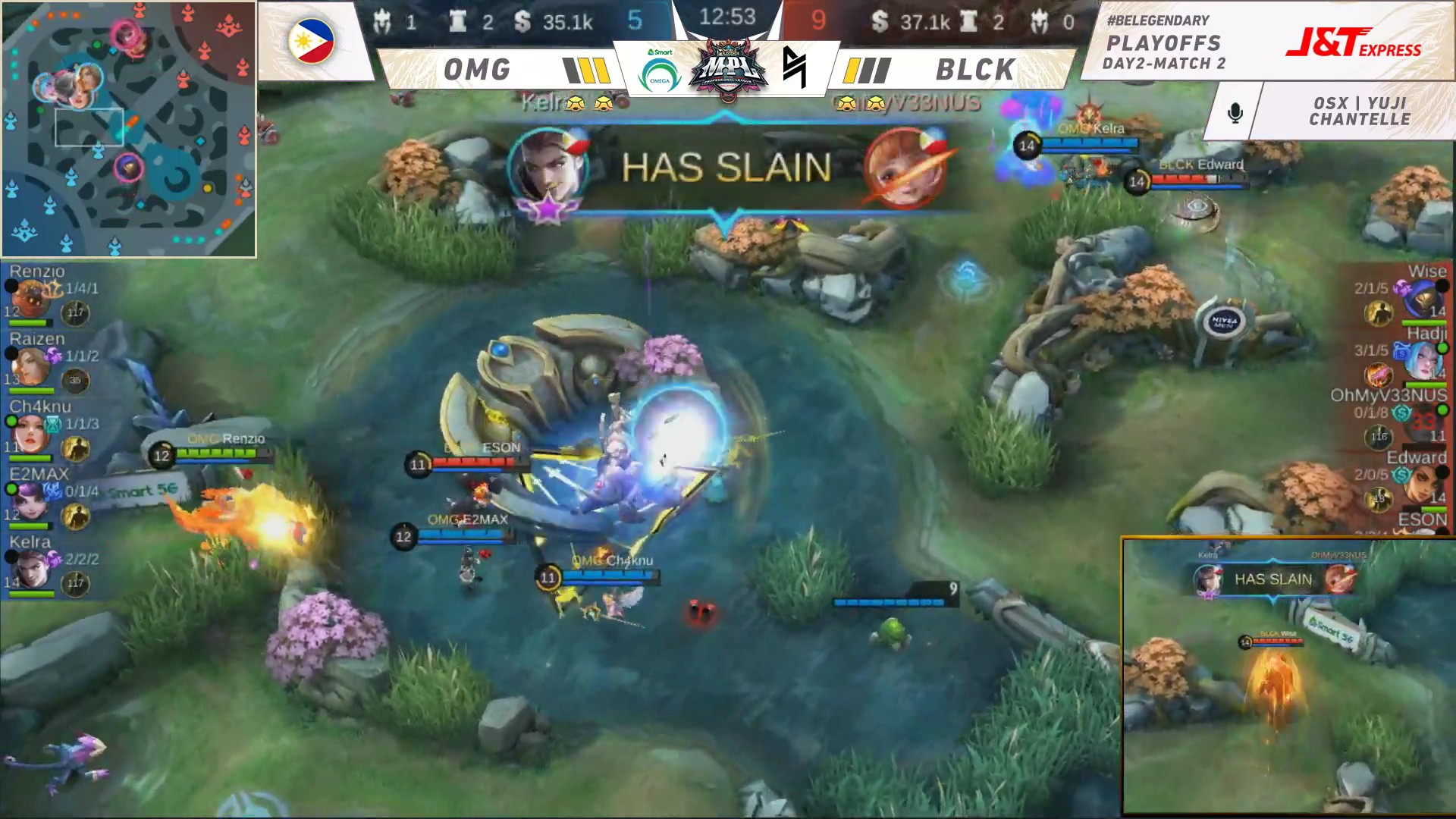 Omega Esports overcame an early series deficit to send Blacklist International down the lower bracket via a 3-1 victory in the second round of the Mobile Legends: Bang Bang Professional League-Philippines Season Eight playoffs, Friday night.

With the win, the SMART-backed squad has advanced to the winners’ final where they will go up against a hot ONIC PH squad.

However, that wasn’t enough to stop the streaking Omega Esports side who had to overcome a tough Game One loss to bag the series.

Duane “Kelra” Pillas’ Claude isolated Johnmar “OhMyV33NUS” Villaluna’s Angelo on the top lane as the rest of the Omega Esports contingent secured the Luminous Lord. From there, Omega Esports secured the crucial kills en route to the death push. 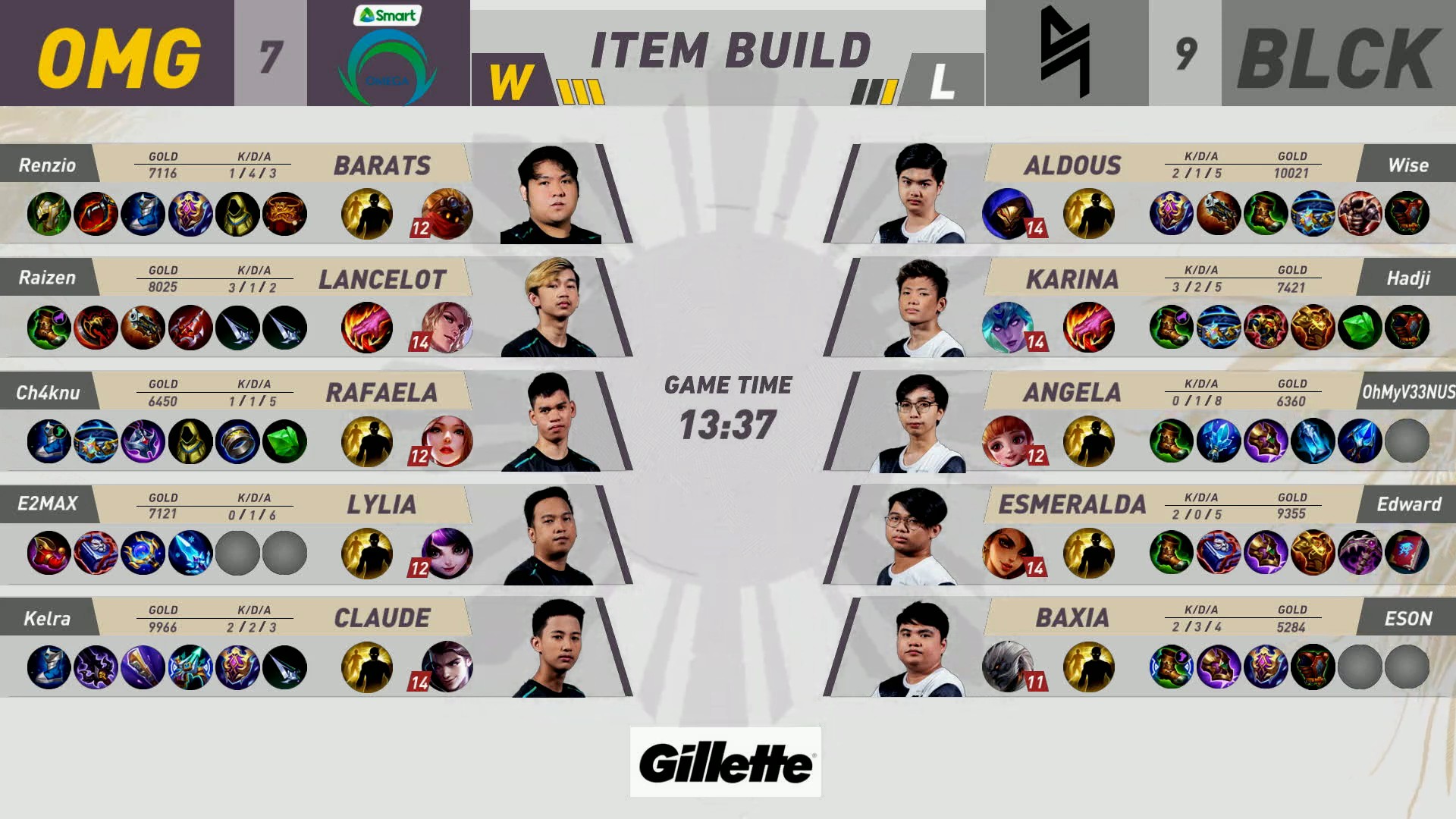 Edward “Edward” Dapadap’s Paquito helped Blacklist International comeback from a slow start en route to a 13-7 Game One win in 18 minutes and six seconds. He finished with four kills and four assists against one death to take the SMART 5G MVP.

#ReadMore  Will Filipino imports make it to B.League preseason? 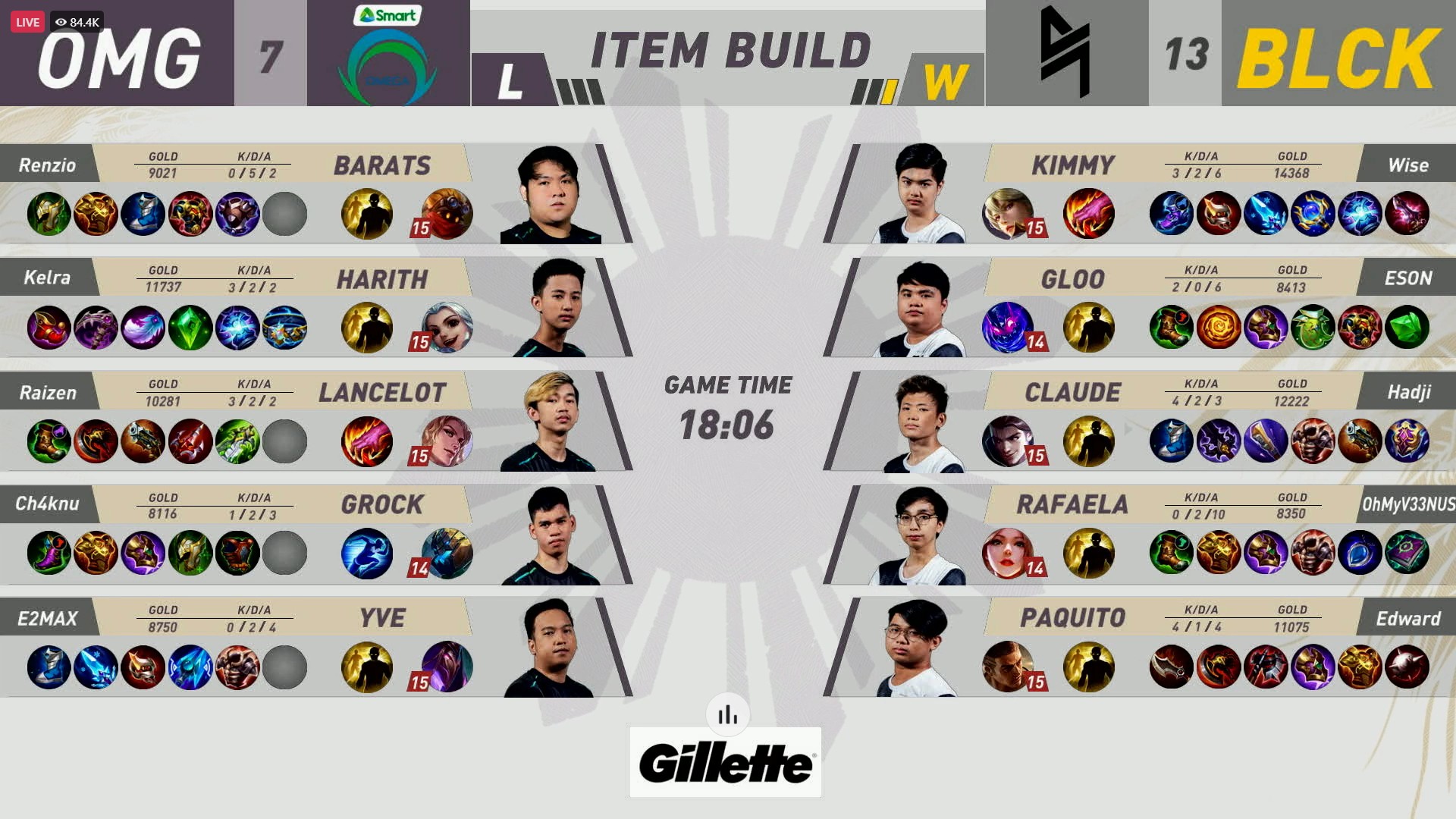 Omega Esports answered right back in Game Two, leaning on a dominant Lancelot performance from rookie Dean “Raizen” Sumagui who put up with nine kills and four assists against just one death in the 16-7 win. 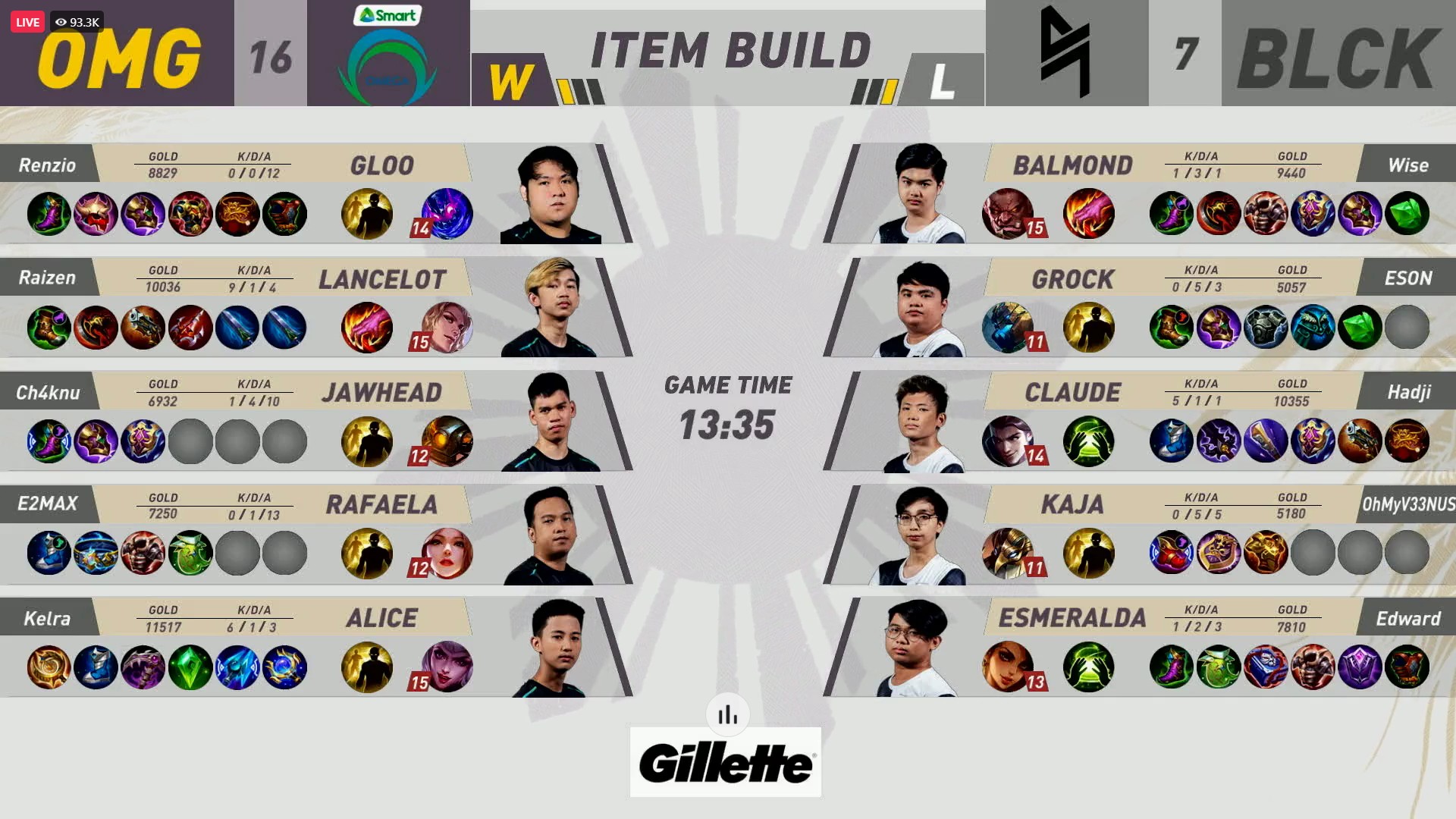 Acting as a counter to Blacklist International’s Gloo in Game Three, Renz “Renzio” Cadua’s Faramis shone as he was named the SMART 5G MVP with three kills, six deaths, and three assists in the tight win which lasted for 21 minutes and 51 seconds. 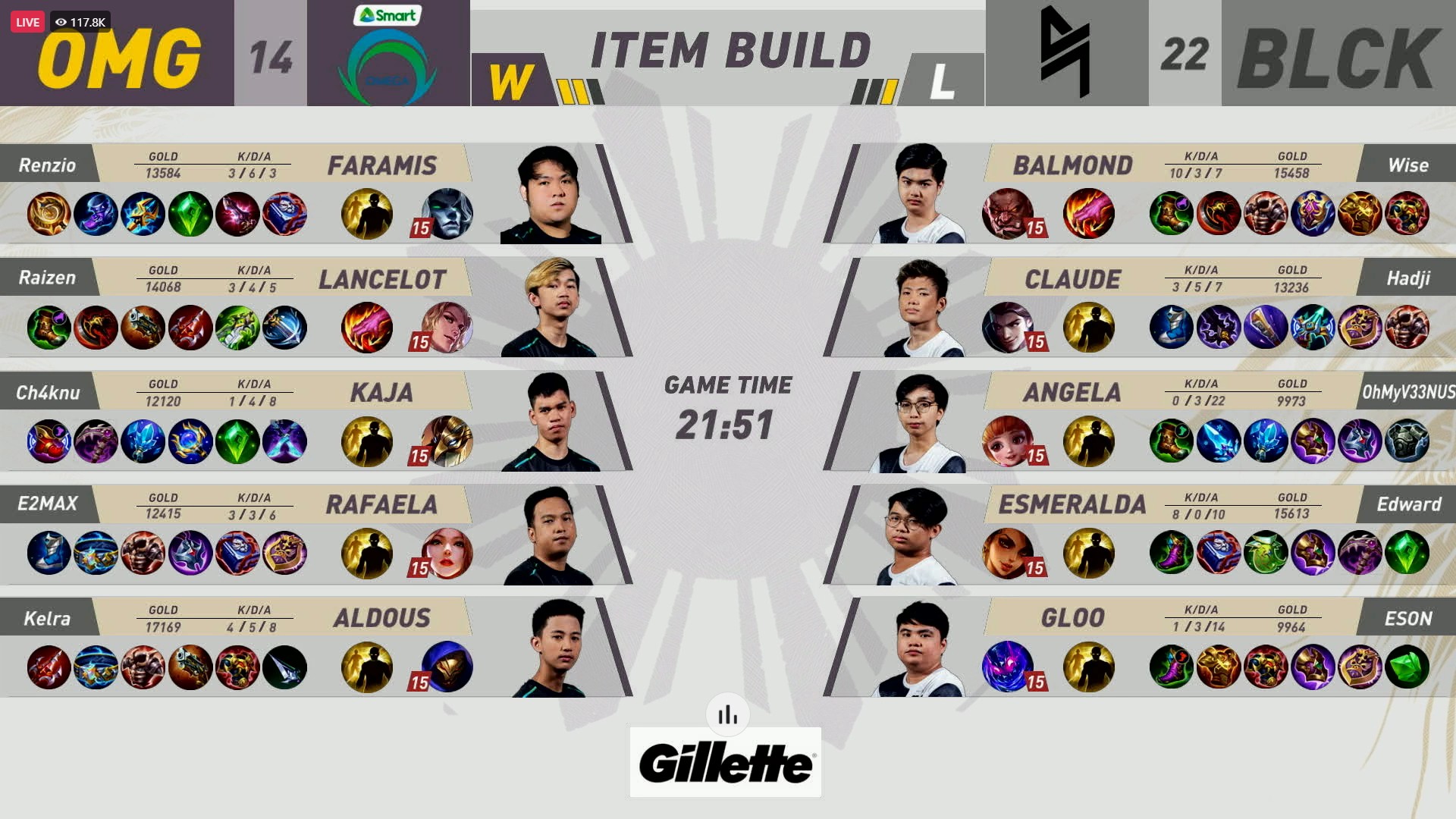 Omega Esports will face ONIC PH tomorrow at 6:00 PM. Meanwhile, the reigning champions will go up against Nexplay EVOS down the lower bracket earlier in the day at 3:00 PM.