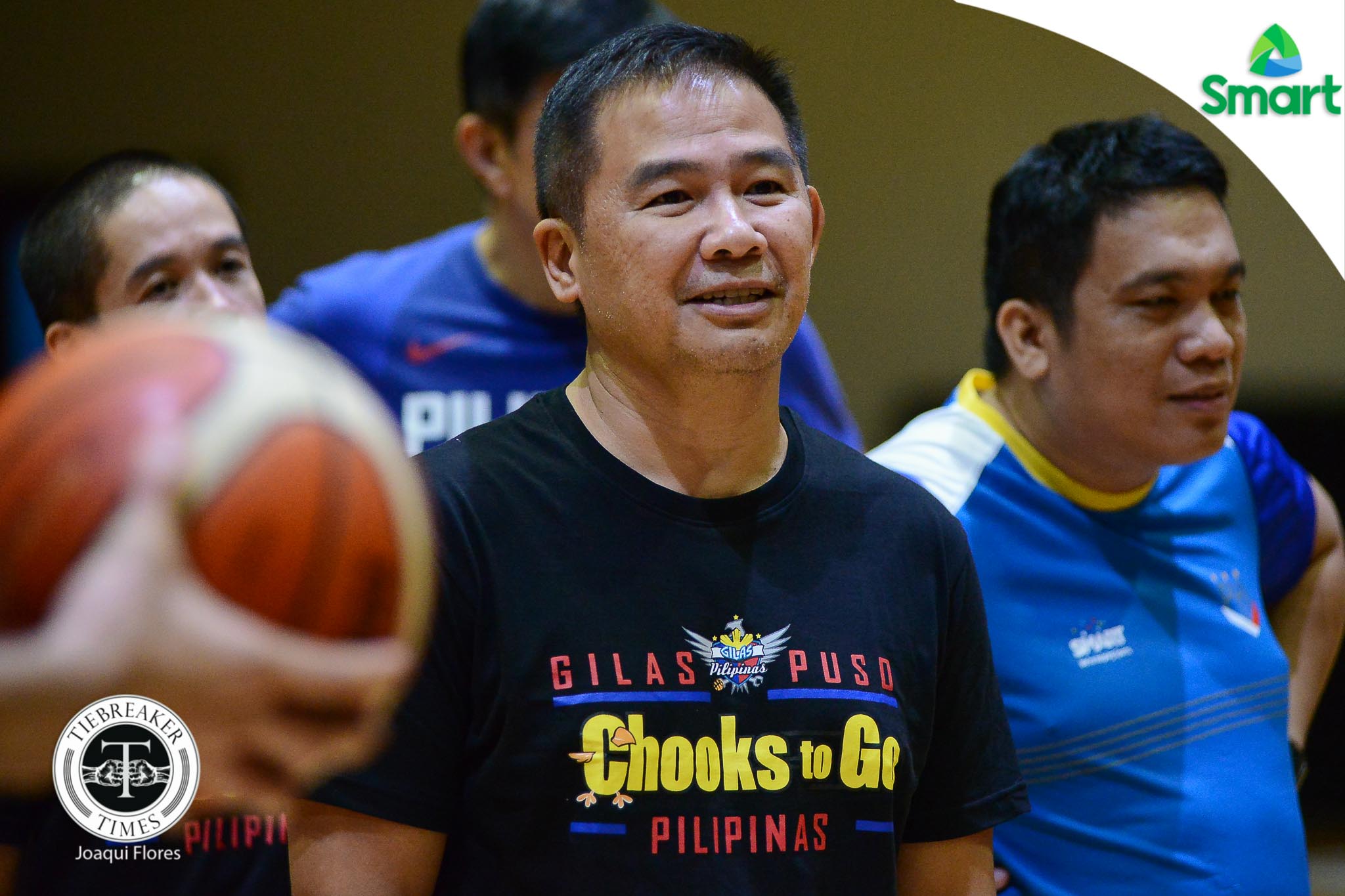 The same 13 players from this morning’s practice were in uniform for SMART Gilas Pilipinas on Friday night at the Meralco Gym. This is the final session before their tune-up game against the Jimmy Alapag-mentored Tanduay Alab Pilipinas.

Tomorrow’s friendly against the ASEAN Basketball League franchise — which is led by another Gilas stalwart Ray Parks, Jr. and also has multiple-time national team member Dondon Hontiveros — is set at 10AM, still at the same facility.

However, one of the team’s coaches had told Tiebreaker Times that the said exhibition will be done behind close doors. Moreover, the coach also disclosed that they will impose stricter security measures for tomorrow.

Terrence Romeo, who attended the workouts for three straight nights, was noticeably absent this Friday evening. Japeth Aguilar was the lone player watching from the sidelines, as he is still recovering from a dental procedure.