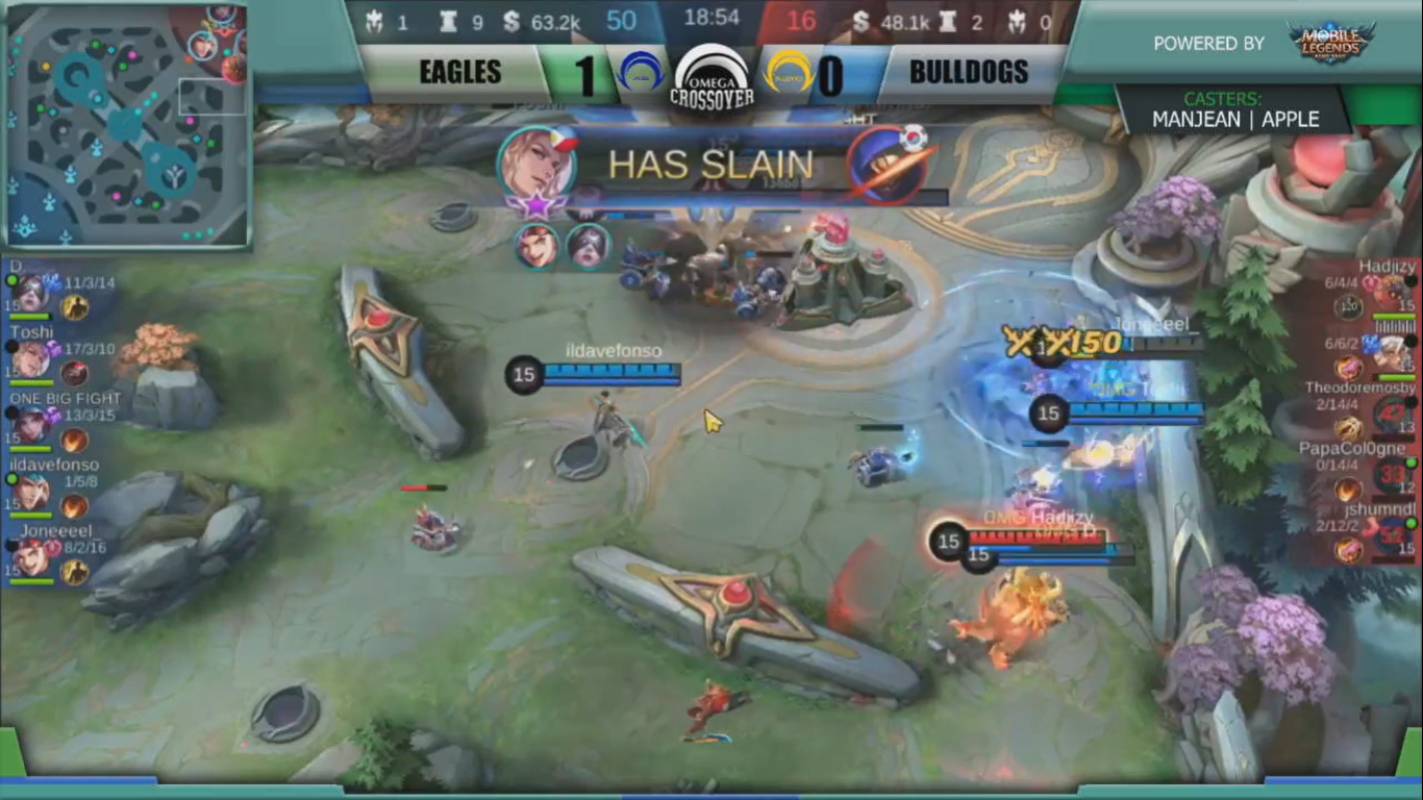 SJ Belangel put on a show, leading the Eagles to a 2-0 sweep of the Bulldogs in the Smart Omega Crossover, Monday evening.

It was a dominant performance for the Eagles, with Belangel receiving ample support from his Omega reinforcements.

In the other match, the Lions weathered the Kenji storm to outlast the Archers, 2-0.

However, the Lions were able to bounce back from the early game deficit through the help of Jankurt “KurTzy” Matira’s Lancelot.

PLDT’s Johnvic De Guzman, who played the carry role for the Lions in the first match, had a kill, five deaths, and 11 assists.

On the other hand, Kenji’s 15-3-8 kill-death- assist tally went down the drain as the Archers dropped their early advantage.