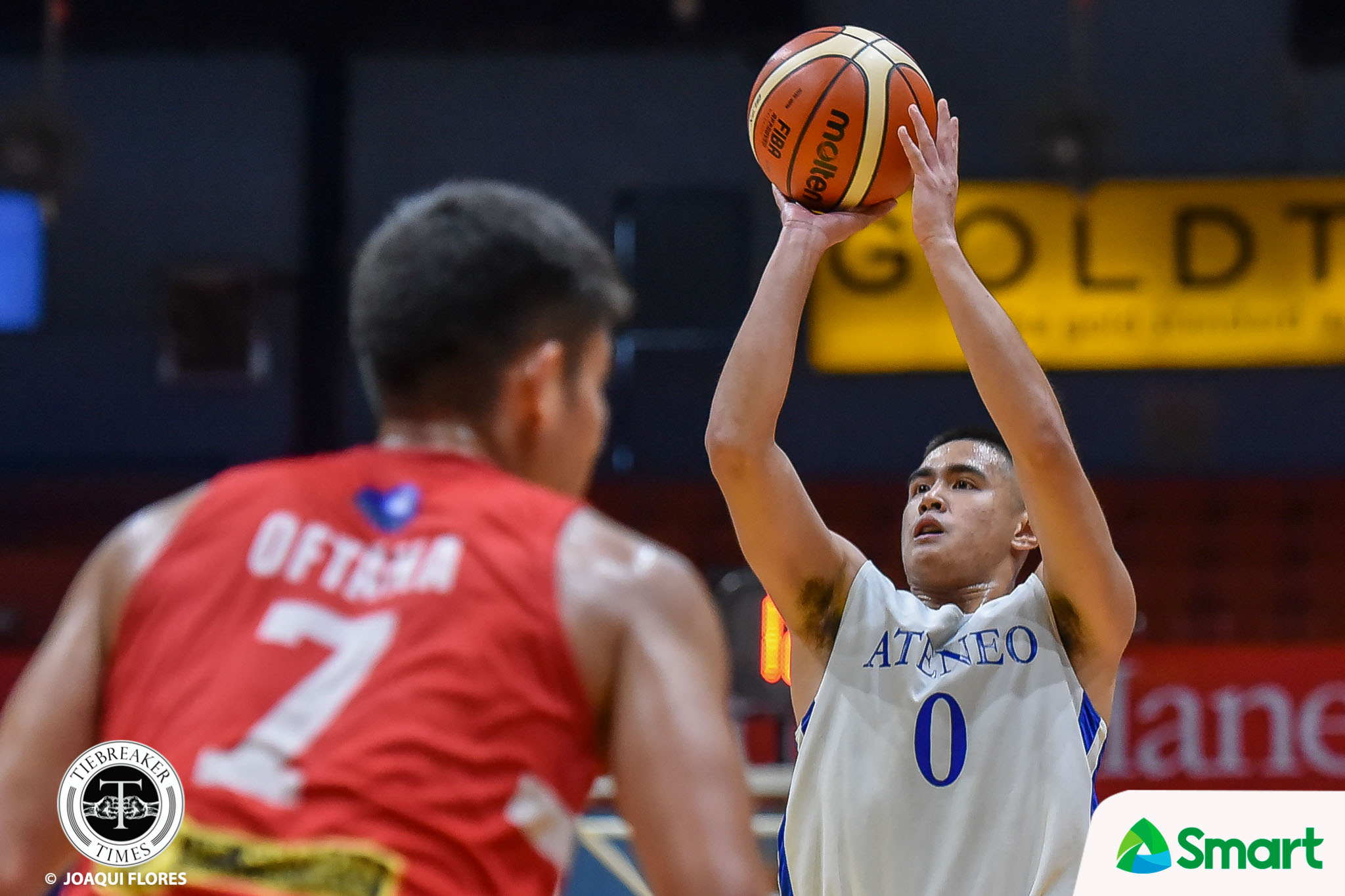 SJ Belangel continued where he left off during the UAAP Season 82 Men’s Basketball Finals, firing 25 points built on five triples. The incoming junior went 7-of-9 from the field and 6-of-6 from the charity stripe to go along with five assists.

Holding a four-point lead, 42-38, midway through the third canto, Belangel scored seven points in a 17-4 rally to close out the period. That then gave the Blue Eagles a double-digit lead it would never relinquish.

Ateneo would lead by as much as 17 points in the final stanza.

Despite the impressive showing, Blue Eagles head coach Tab Baldwin said that the team remains miles away from where he wants it to be.

“We’re not a team yet. I mean, we haven’t practiced as a team. We’re just throwing individuals,” he said. “So, there’s nothing out there really now for us to point out. It’s just ‘let them go play’. You know, we’re not really running much, just trying to get them to take care of their business and play good basketball. And, you know, our players have to grow a lot, they have to get better.

“And we will, we’ll get better, but we’re not worried about how we play as a team right now,” he continued.

Three Red Lions scored 11 points each in Calvin Oftana, James Canlas, and Ralph Penuela. Oftana and Canlas combined to shoot just 10-of-30 from the field, though.

Ateneo will next face the UST Growling Tigers on Sunday, February 9 at 4:00 pm. Earlier in the day, San Beda takes on the Letran Knights still at the same venue.