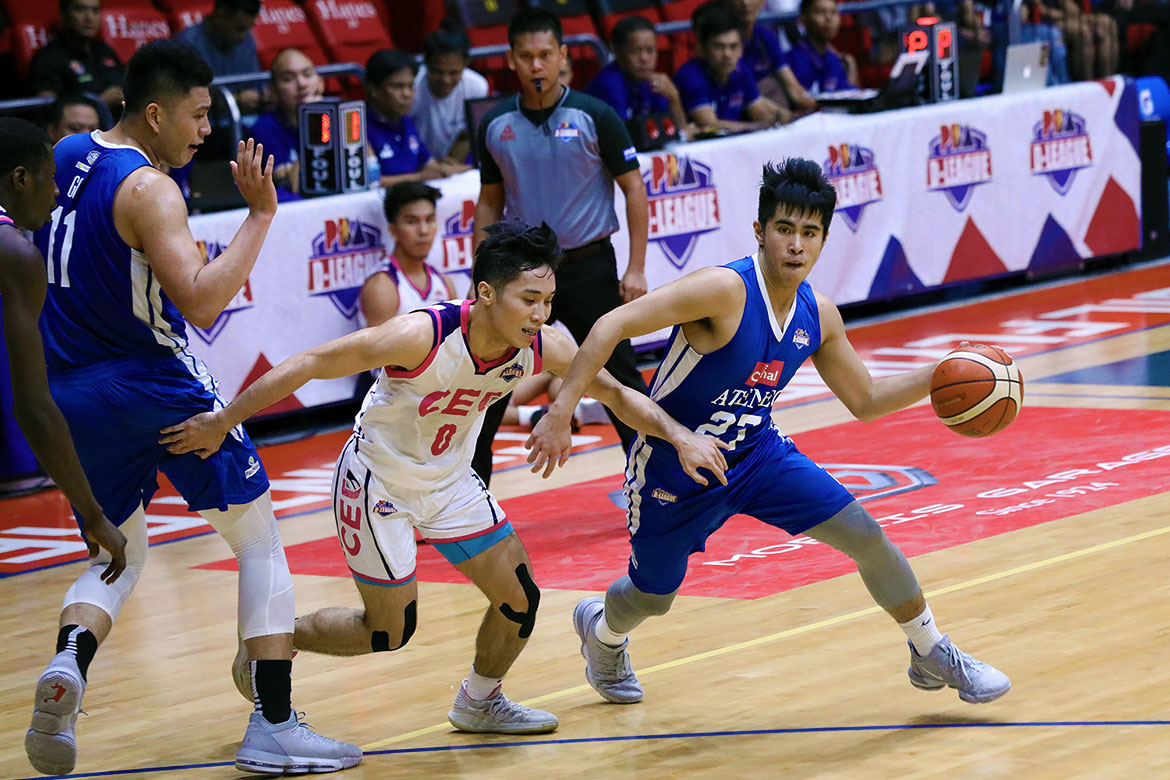 For SJ Belangel, he believes that he didn’t have much of an impact in his rookie year with the Ateneo de Manila University Blue Eagles. Given that, he knew he needed to prove himself – prove that he belongs.

“‘Di gaano kaganda nilaro ko ng rookie year, so I have to prove myself as an individual and for the team,” shared Belangel, who averaged just 3.3 points in 9.9 minutes played back in the UAAP Season 81 tourney.

Then the 2019 PBA D-League came around February. Ateneo – carrying the famed Cignal banner, which has two D-League titles to boast – decided to join as part of their preparations.

Of course, it became a honing ground for the reigning two-time UAAP gold medalists, especially Belangel.

The 19-year-old had himself a good run in the conference – highlighted by his first two games in the Finals versus the CEU Scorpions – as he averaged 12.5 points, 4.5 assists, and 3.5 rebounds.

But for head coach Tab Baldwin, the 6-foot floor general is starting to come out of his shell. And the second league has been instrumental in making him realize his true role for Ateneo.

“SJ, in particular, really came on during the playoff aspect of it, but I thought Matt [Nieto] had a great game today. Matt has been sick a little over the last couple of weeks, so, you know, he really led the team well, a great first quarter. I think a lot of that had to do with his leadership,” said Baldwin.

“But SJ has been really good throughout the playoffs.”

Things were sweeter for Belangel since the Blue Eagles conquered the Scorpions, 98-66, in Game Four of their best-of-five series Tuesday to cop the D-League title in just their first try.

For Belangel, having had the chance to play in the D-League meant so much – not just for him but for the whole team as well, since it helped them see where they are heading into the UAAP.

“For us, it’s one of our stepping stones pagdating UAAP, since dito na-gauge namin kung sa’n na kami as a team. Chemistry-wise, nagbi-build na, nakikita na namin,” he said.

And as for himself, Belangel still sees the need to work on himself, even if he had himself a good campaign.