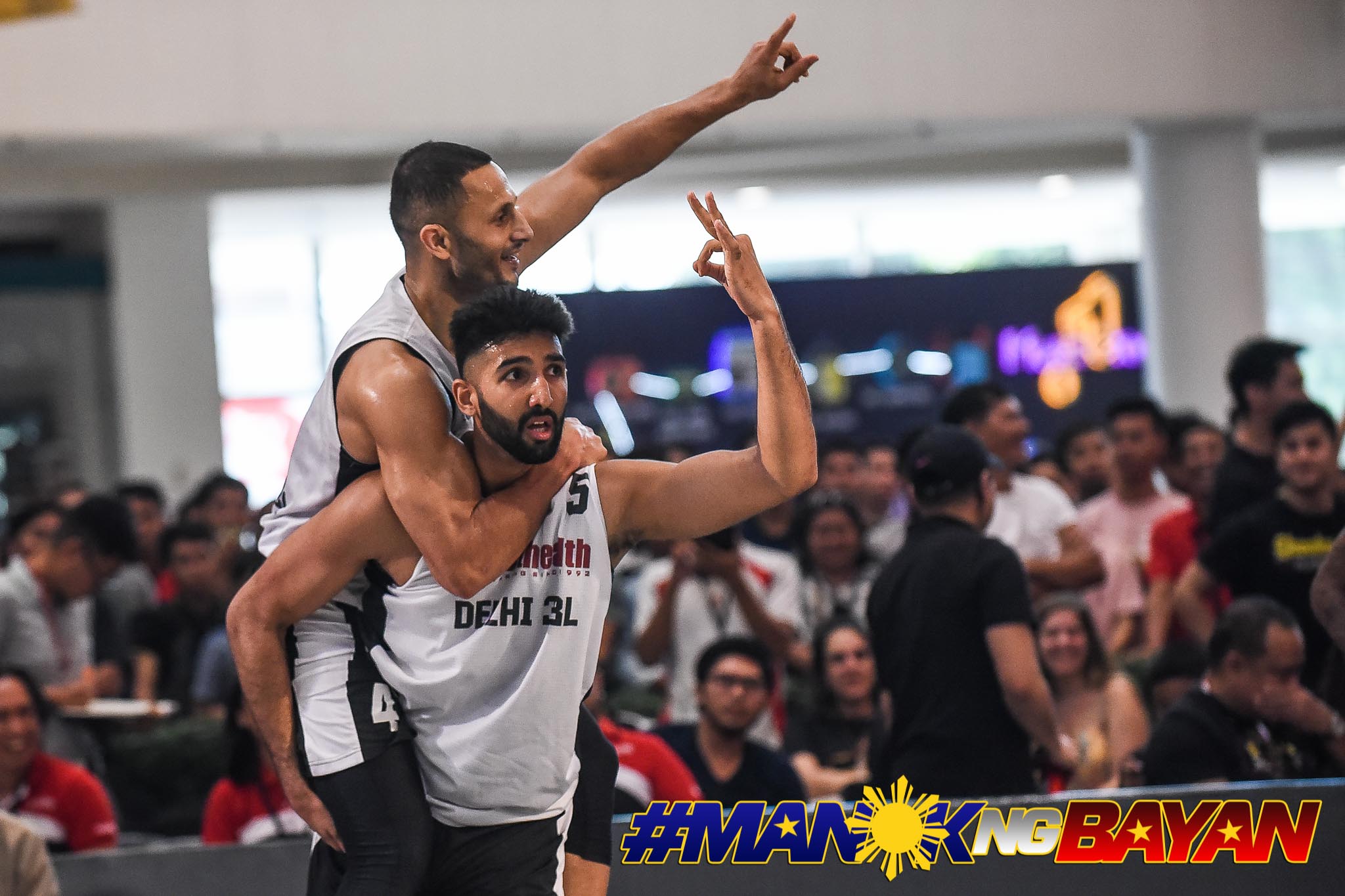 Fielding a complete lineup, VetHealth-Delhi 3BL took down the second leg of the 2019 Chooks-to-Go Pilipinas 3×3 Patriot’s Cup presented by Coca-Cola.

Still, the world’s no. 15 squad needed a game-winner from Kiran Shastri to outlast the Phenom-Basilan Steel, 21-20 (3:36), Sunday afternoon at the SM Fairview Events Center.

“It was a hard-fought tournament. Really excited to be here,” said Shastri, the no. 62-ranked player in the world. “It was a good win for us, and we’re really proud of the way we played.”

Down 19-20 with under four minutes left in the game, Shastri missed a deuce, but big man Bikramjit Gill rebounded the ball. Bikramjit then found a wide-open Shastri, who knocked down the game-winning deuce.

“Our opponents were great and we just tried to win,” continued Shastri, who had eight points in the game.

Fil-Am guard Franky Johnson was on fire to start the game, scoring 12 of Phenom-Basilan’s first 16 points for a three-point lead with 5:13 left.

However, Bikramjit Gill and newcomer AJ Gill powered VetHealth-Delhi to a 5-0 run, gifting their side a two-point cushion.

A huge deuce by import Marcus Hammonds then knotted things up with 4:10 remaining.

Inderbir Gill willed his way to the paint for a lay-in to give Delhi the advantage. Roosevelt Adams then knocked down a deuce with 3:57 left in the game to retake the lead for Phenom-Basilan.

This led to the heroics of Shastri.

Besides bringing home P 100,000, VetHealth-Delhi closed in on Gold’s Gym-Pasig in the standings.

The Kings will miss the third leg as they will join the Poitiers Challenger in France from July 6 to 7. Still, they remain on top with 170 points. Meanwhile, VetHealth-Delhi and Phenom-Basilan are level in second with 160 points. Wilkins-Balanga completes the top four with 130 points.

This was the first-ever leg in league history that did not feature either Pasig or Balanga in the finals. The former lost to Basilan, 20-18, while the latter fell to Delhi, 22-15 (1:43).

In the side events, Shastri retained his Coca-Cola Two-point Shootout crown after outlasting Inoza-Gulf Bulacan’s Jan Jamon in the 25-second tiebreaker challenge, 6-5. On the other hand, David Carlos remained the Coca-Cola Slam Dunk king after stamping his class over Jebb Bulawan and Kenyan dunk artist Obi Fly.