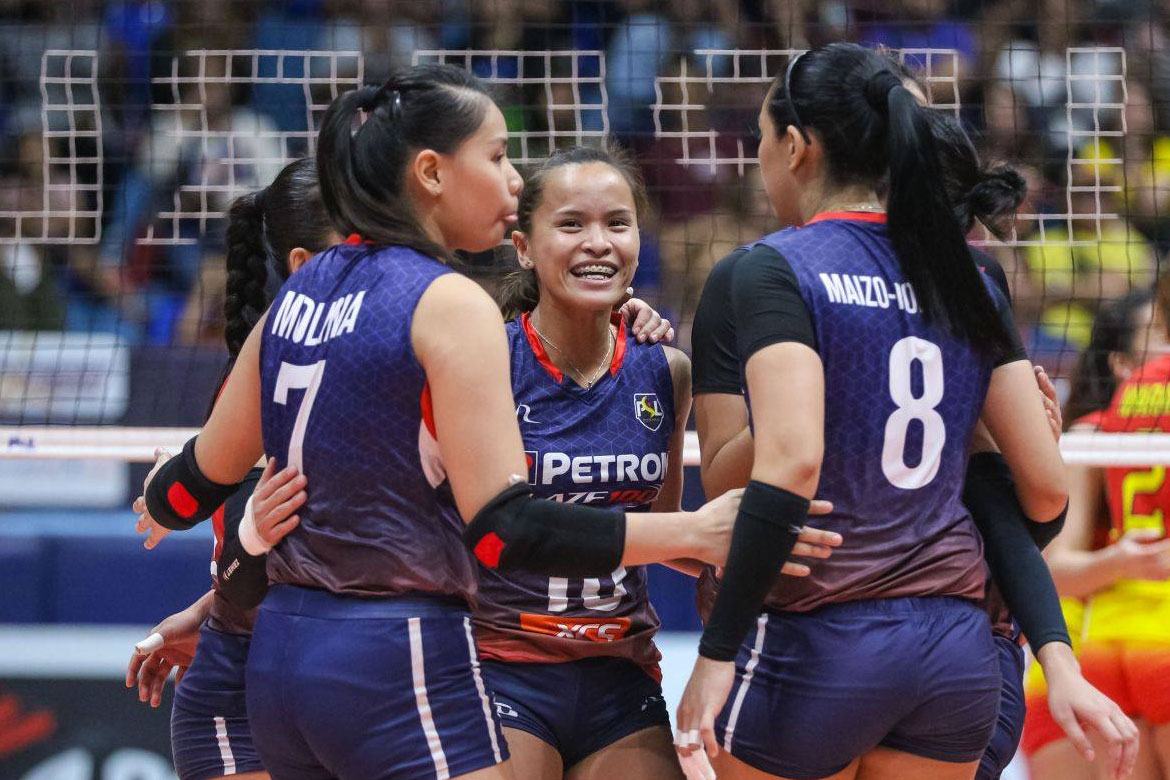 And while Sisi Rondina missed their first-round encounter due to a trip overseas, she became the game-changer this time around.

The UAAP Season 81 MVP fired 22 points built on 21 attacks and a block to lead her team in scoring. But none were bigger than the ones she unloaded from the third set onward, where she – along with Bernadeth Pons – towed Petron to a decider.

The Blaze Spikers then went on a rampage in the fifth set to snatch the top spot with a 12-1 card. Meanwhile, the Cargo Movers drop to solo second with an 11-1 slate.

Rondina has been a consistent source of energy and scoring for Petron throughout the conference. Whether as a starter or a catalyst from the bench, she never fails to deliver the goods every time she steps on the court.

Given the way she has been performing, Delos Santos cannot deny the upsurge in Rondina’s play and hopes to see her grow more.