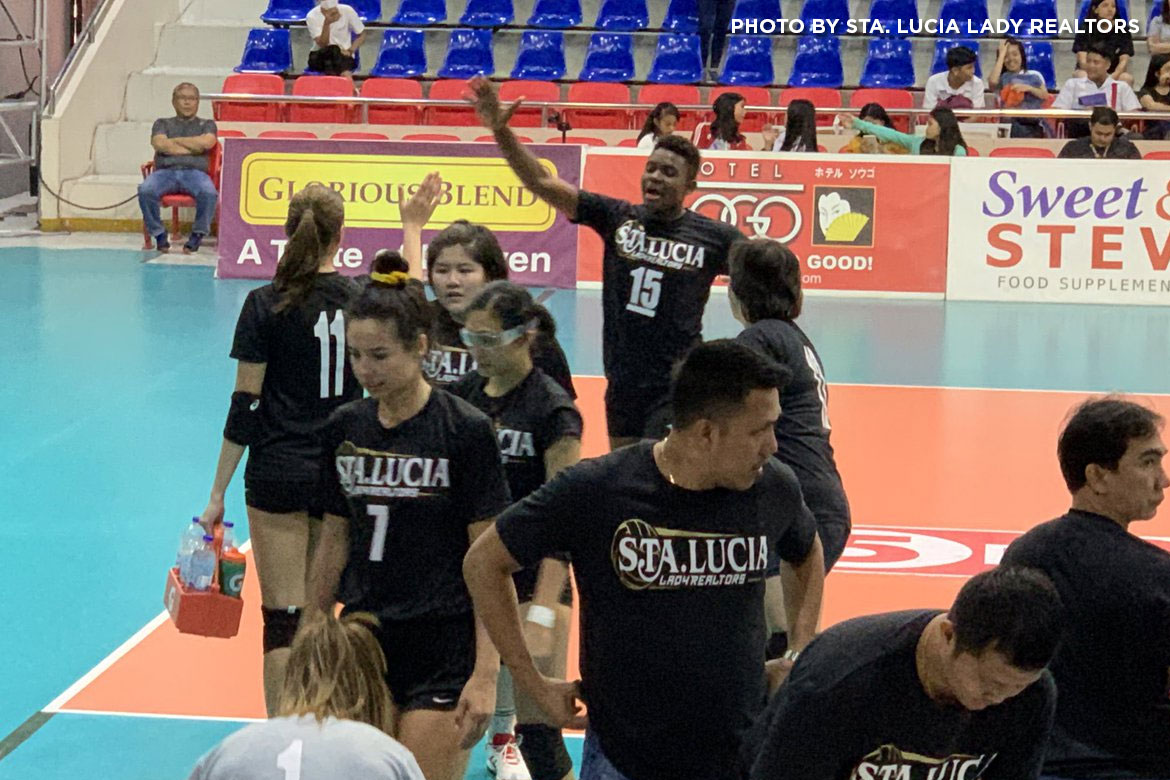 Behind Joseph’s 16-point explosion, the Lady Realtors dismantled the undermanned HD Spikers, who only had 10 warm bodies in the first and second sets.

With the win, the Lady Realtors emerged as the first-runners up in the three-day event with a 2-1 record.

Sta. Lucia dictated the tempo right from the opening whistle, leaning on its precise execution at the net and stifling net defense. They mounted a 22-12 cushion in the first set before building another comfortable double-digit wall in the ensuing frame.

In the decisive third set, though, the HD Spikers received much-needed reinforcement from May Luna and Norielle Ipac, both of whom came late due to personal reasons. They both hit their stride, trimming a 12-18 deficit down to a solitary point at 19-20.

Rubie De Leon then unfurled a quick-witted dump to restore order for Sta. Lucia, before Joseph delivered the differential hits that put the game away for good.

All but one of Sta. Lucia’s nine attackers logged in a point in the rout that lasted for almost an hour and a half.

On the other hand, Alohi Robins-Hardy was the lone bright spot for Cignal with 12 markers built on eight hits, three blocks, and an ace. Fiola Ceballos only managed six.

The HD Spikers — who were also without Rachel Daquis, Jovelyn Gonzaga and foreign player Yaasmeen Bedart-Ghani — ended the tournament with a 1-2 slate.