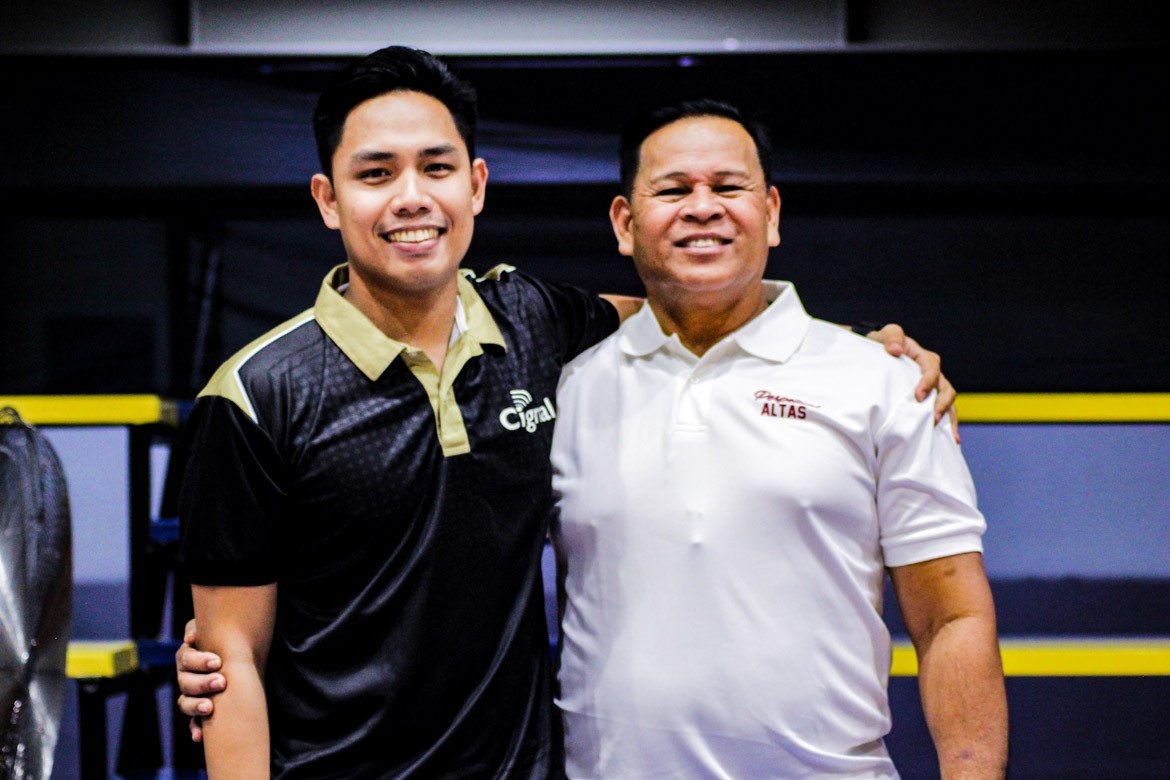 After all, for the first time in his very young coaching career, the rookie tactician was up against his former mentor Sammy Acaylar.

Clamor played under Acaylar for four years in Perpetual. The two then went on to win two championships together for the Las Piñas-based school.

The pride of Mariveles, Bataan blossomed under Acaylar’s tutelage. He won a pair of Best Setter awards, while also bagging the Most Valuable Player plum in Season 86.

After seeing his protege’s potential, Acaylar then urged a young Clamor to pursue coaching.

The rest was history. Clamor clinched his first championship in only his first try, claiming the Reinforced Conference title last July.

Now in his second tournament, the 28-year-old mentor is once again in the Finals, gunning for the HD Spikers’ double gold bid. And he’s got no one to thank other than his former mentor.

“I will give all the credit sa kanya.

Witnessing Clamor’s growth from player to coach, Acaylar is immensely proud of his former understudy’s achievements.

Despite what he’s gained during the course of his young career, Clamor believes that he owes everything to Acaylar. And his success is nothing but a testament to Acaylar’s well-built program.

Blessings continue to pour in for Majoy Baron